Yet another NFL season comes to an end, and this time Colts fans find themselves in a very unfamiliar place: outside the playoffs, looking in. Nine things had to fall exactly in place for the Colts to win their division and make the playoffs. In a season where not all the things could ever go right at the same time, did we think the chips would fall any other way than the wrong way? The Colts managed to pull off a win despite counting on fourth and fifth-string quarterbacks who were called in the week before the game. So here we are … done for the year at 8 and 8.

I spent the hours before the game in the chilly shadow of Lucas Oil Stadium. While our season may have been disappointing, my partnership with the Colts and Indiana Corn and Soybean has been an absolute blast. Our mission this season has been to celebrate Indiana farmers – the first tailgaters – by encouraging Colts fans to share their best tailgates. On this cold morning, two diehard groups of Colts fans showed us their best tailgate. If you had ever told me one of my job requirements would be to eat bacon-wrapped jalapeño poppers and wash them down with Fireball Jell-o shots at 9:30 in the morning I would’ve said “You’re crazy.” And also, “Exactly when can I start this amazing job?” 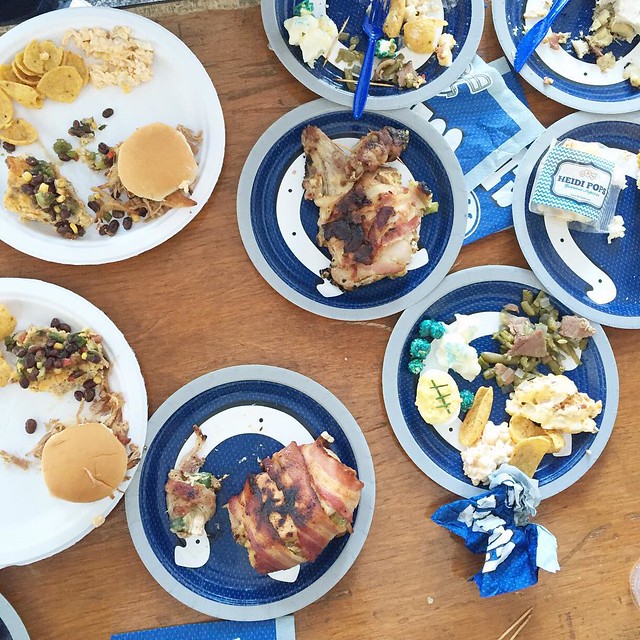 The winners were the Sons of Tailgating, who went above and beyond with their spread and their Colts enthusiasm. I got to sign the roof of their Colts bus, so I assume this means I can pop into any and all future tailgates for another bite of their grilled stuffed pork chops, right fellas? 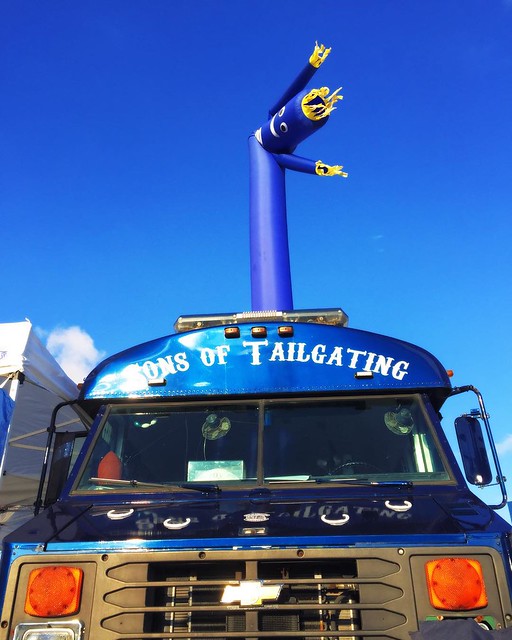 As I pondered how I would end my weekly Colts recaps, my mind kept coming back to marriage. I’ve been a Colts fan for 18 years and married for 19 this spring, so it’s easy for me to see the connection. Some years in a marriage you win the Super Bowl: everything that could go well for you does. Some years you make the playoffs: you win some, you lose some, you have your not-so-proud moments. But overall you look back and feel good about the way you and your partner marched down the field. And then there are those seasons in both football and marriage where you don’t show up and it all goes to shit. Mike and I? I’d say we had a Super Bowl year. Life is good, we sleep through the night, and we still like kissing each other. My Colts? Not so much.

I’d already worked this marriage analogy out in my mind when we stayed up last night to watch the strangest, most surprising Colts press conference I’ve ever witnessed. All day yesterday Colts fans were on Coach Watch. It had been reported that Coach Pagano and owner Jim Irsay would meet first thing in the morning, when it was assumed that Pagano would be relieved of his duties. The word on the street was that the environment inside the Colts facility was toxic. Pagano and general manager Ryan Grigson couldn’t stand each other. Grigson was meddling, and Pagano was too nice to stand up for himself. And so we waited for the inevitable.

Instead, late last night it was announced the Colts had come to an agreement with Pagano – he would stay for 4 more years. Grigson would stay as well – they’d be in this together. They wouldn’t be getting divorced after all. Now, we all just need to wait and see. Did they stay together for the sake of the kids (a.k.a the players and fans)? Or do they really have each other’s best interests at heart, and hope to work hard and pull it back together? One road leads to the post-season, the other leads to, well, nowhere. It leaves us right here where we finished, which is not good enough.

I’m cautiously optimistic. I’ve been in that place before, where you look over at the person you married and you don’t know if you can get through another day with them, let alone another year. I’ve been in that room before, the one Grigson and Pagano found themselves in together. I hope they yelled, cried, and laid it all out there like Mike and I have done. I’ve been at that press conference table before, sitting next to the guy you’ve been butting heads with for what feels like an eternity, but promising you’ll do better, try harder. And I’m here now, happily married  and knowing that it took the seasons where it all went to shit for us to get to our own Super Bowl. The “marriage is a lot like football” analogy works for me. Let’s hope the “football is a lot like marriage” analogy works for Mr. Grigson and Coach Pagano.