Every year I buy a new ornament for the kids. I try to find ornaments that speak to what they were passionate about in the previous year, or that commemorate a special experience. When they move out and put up the first Christmas tree of their own, they’ll have set of ornaments ready to hang on the tree, with each one hopefully bringing back happy childhood memories. This year, Eli’s ornament is Colts themed, commemorating his new interest in football and his very first Colts game. If only I had know that hanging that ornament on the tree would be the only warm and fuzzy Colts highlight of our Sunday evening. 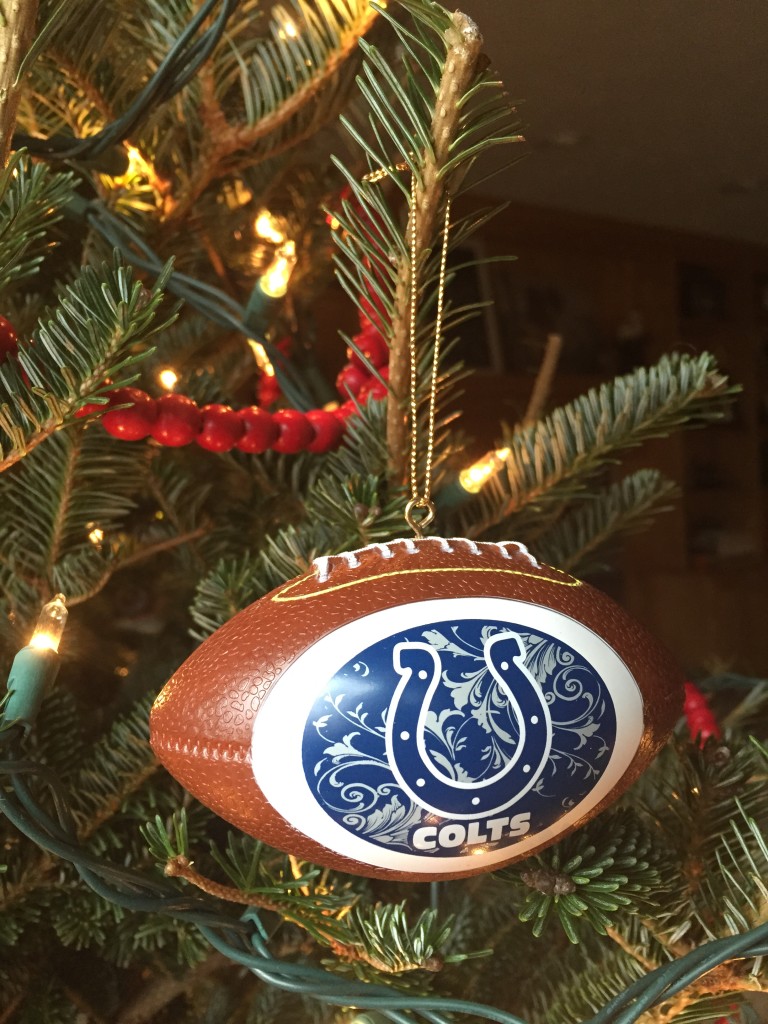 We spent this Sunday Night Football matchup between the Colts and the Steelers surrounded by boxes of Christmas decorations and a fresh cut Noble fir tree. When not decorating the tree, I spent most of the game slumped on the couch in utter disappointment. 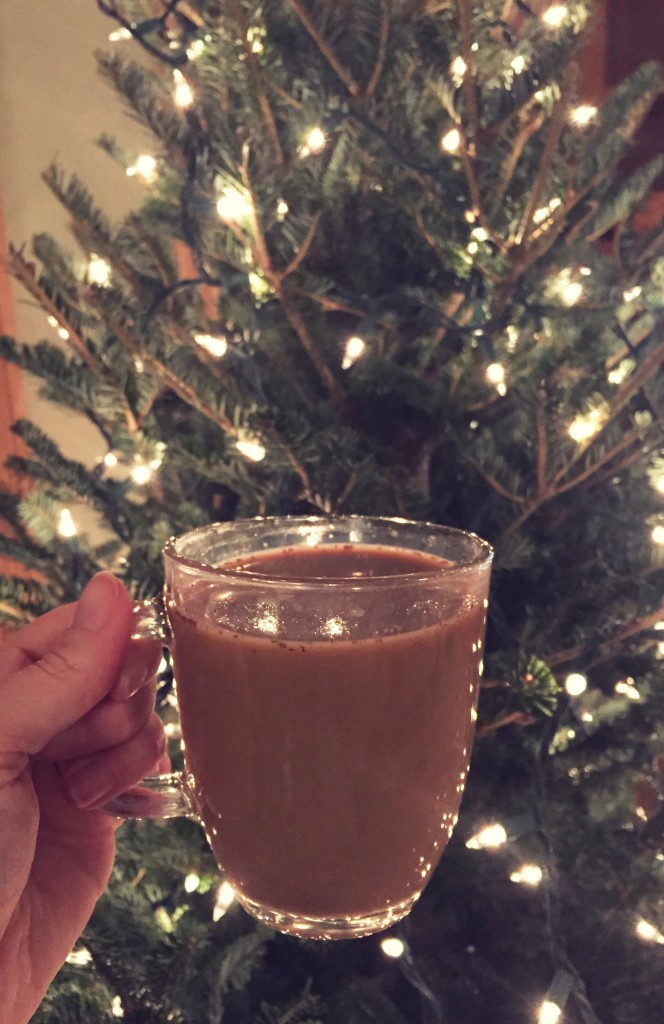 I needed something warm with just a little kick of caffeine to keep me going until the end of the game. I went with a Bourbon Chai Latte (you can use regular milk in place of almond milk, but I’m mad for Califia Farms Almond Milk). Had I known the outcome of the game ahead of time, I would’ve gone with something non-caffeinated. Instead, I was wide awake and cranky at midnight. Harrumph.

Uninspired. That’s the best I can come up with for this game. Other than a few fantastic runs by Frank Gore and the pleasant surprise that is Quan Bray returning kickoffs, the entire team just looked bored and uninspired. Granted, the Steelers are playing their best football of the season, and they look good. (Crazy fact: if the NFL season ended today? The Colts would be in the playoffs and the Steelers would not. Once again, thank you AFC South.) Still, shouldn’t you bring your best game and your appetite for a win to play a hot team? This is the point in the season where you want to be playing your best football. We certainly didn’t start the season on the right foot, but I sincerely hope our previous two game streak with Hasselbeck wasn’t our peak. I love watching Coach Pagano’s postgame locker room speeches, but – funny thing, there isn’t one posted on Colts.com today. Maybe he was as uninspired as the rest of us after that game.

Next week we travel to Jacksonville to take on the Jaguars. Once again, a team that I would’ve pegged as a should-win earlier in the season has become a must-win. We’re tied with Houston at 6-6 in the AFC South. Looking ahead, the Texans play the Patriots at home this week. (This was the only other football highlight for me this weekend – the Patriots losing for the second week in a row, this time to the 5-7 Philadelphia Eagles.) And then? It’s the Texans and Colts here, a game I’ll be going to and in which Andrew Luck may make his return. In the days ahead, I hope the Colts can get their inspiration back. Like the Grinch, their football hearts appeared two sizes too small last night.