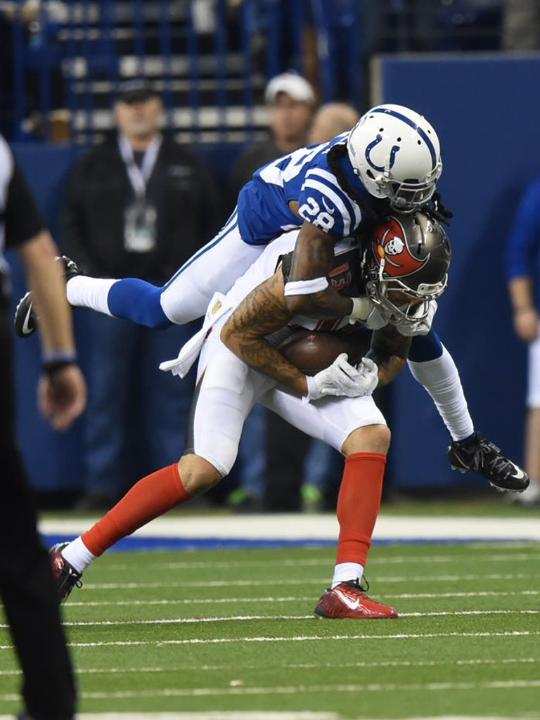 The eyelids are heavy and the coffee is strong today, thanks to one of the best Sunday Night Football games I’ve seen in a long while. I normally see the end of a Sunday or Monday night game unless the Colts are playing, but I’ll make an exception to watch the Denver Broncos dismantle the undefeated New England Patriots. It was bittersweet, to know Denver notched a loss in New England’s fancy (probably Armani) belt without Peyton Manning. I wonder if we witnessed one of Peyton’s last games a few weeks ago. But anyone that can topple the Patriots is a friend of mine, and how fun is it to see Brock Osweiler get a chance and shine in the spotlight? So fun, and so exhausting when the Monday morning alarm goes off! Enough talk of other teams, though. As Bill would say, “We’re on to the Colts.”

Home again, home again, jiggity jig! After trying to watch the slew of Thanksgiving games while visiting family over Thanksgiving, I’ve come to the conclusion that I’m not a good social game-watcher. If I can’t be in the stands, there’s nowhere I’d rather be than parked on my own couch. Extra points if I can have my laptop open to Twitter as well. 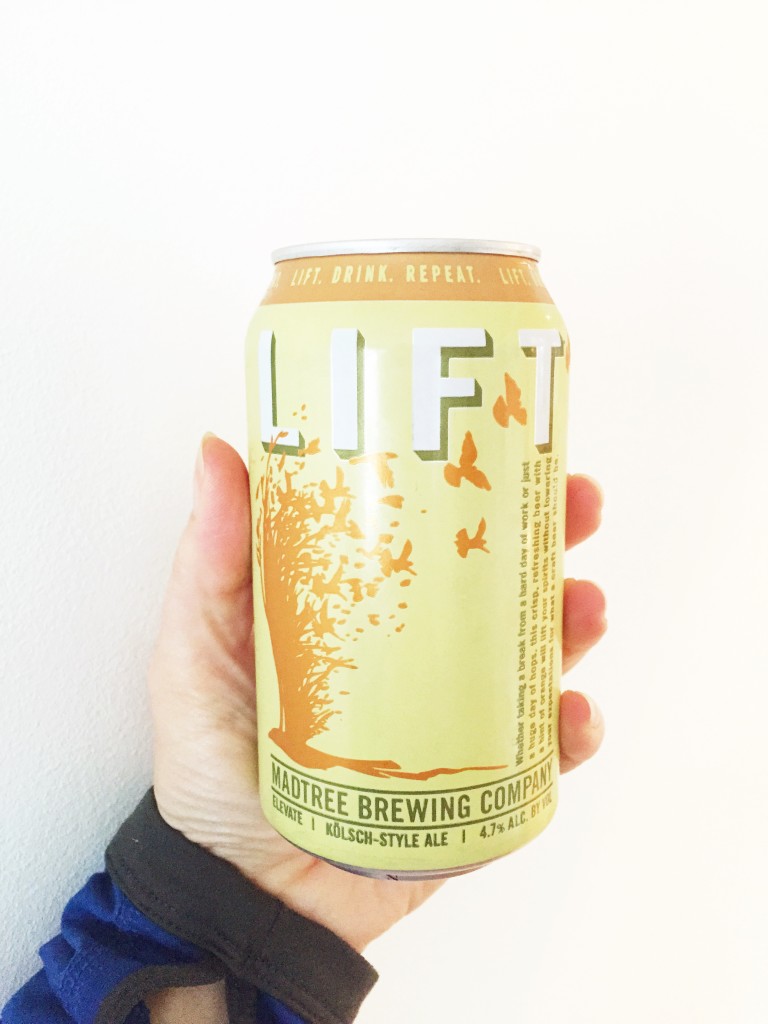 I really should’ve spent Saturday and Sunday detoxing from Wednesday, Thursday and Friday. Still, I just couldn’t resist cracking this beer from Cincinnati’s MadTree Brewing in hopes that it would “Lift” my team in victory. It did, and so thanks to my liver for taking one for the team.

There are three kinds of football games: the ones you should win, the ones you hope to win, and the ones that everyone assumes the other team will win. I’d classify the Tampa Bay game as a hope game. It’s funny how perception changes as the season chugs along. If you’d asked me in September, Tampa Bay would be the team everyone would write off. They haven’t been to the playoffs since 2007, they’re 12-31 since Jon Gruden left as head coach, and they have a rookie quarterback. But then our season happened and we find ourselves 5-5, with our coach’s job on the line and a sidelined Andrew Luck. So a September should-win turns into a November hope-to-win.

Once again, the old guys pulled us through. In the spirit of Thanksgiving, I’d like to share the football edition of what I’m thankful for:

Next week we take on the Pittsburgh Steelers on Sunday Night Football. They can have Big Ben and their Terrible Towels. I’ll be ready with Hasselbeck and my Horse Head.