“You want to try one more time? Finish strong with a catch?”

Phil Andrews, Youth Football and Alumni Relations Coordinator for the Indianapolis Colts, didn’t look like he’d take no for an answer, and so I went for it. I should’ve known better. Two years ago I went out for a pass and he caught me square in the neck. My pride was on the line, though, so saying no wasn’t an option. I caught the pass, but not without jamming my finger. It’s been over a month now, and it’s still not right.

The other day I was out shopping for a new pair of skinny jeans. Against my better judgement, I grabbed a pair labeled “extra skinny” off the shelf. (I was seduced by the additional “high-rise” label, and visions of not worrying about crack and muffin-top sightings overrode common sense.) I was worried if they’d fit over my thighs, when clearly it was my ankles I should have been concerned about. Struggling in the dressing room to free myself from this horrible denim, I tweaked my neck. It’s still not right.

What does this have to do with the Colts showdown with the Atlanta Falcons? You’ll see in a moment. 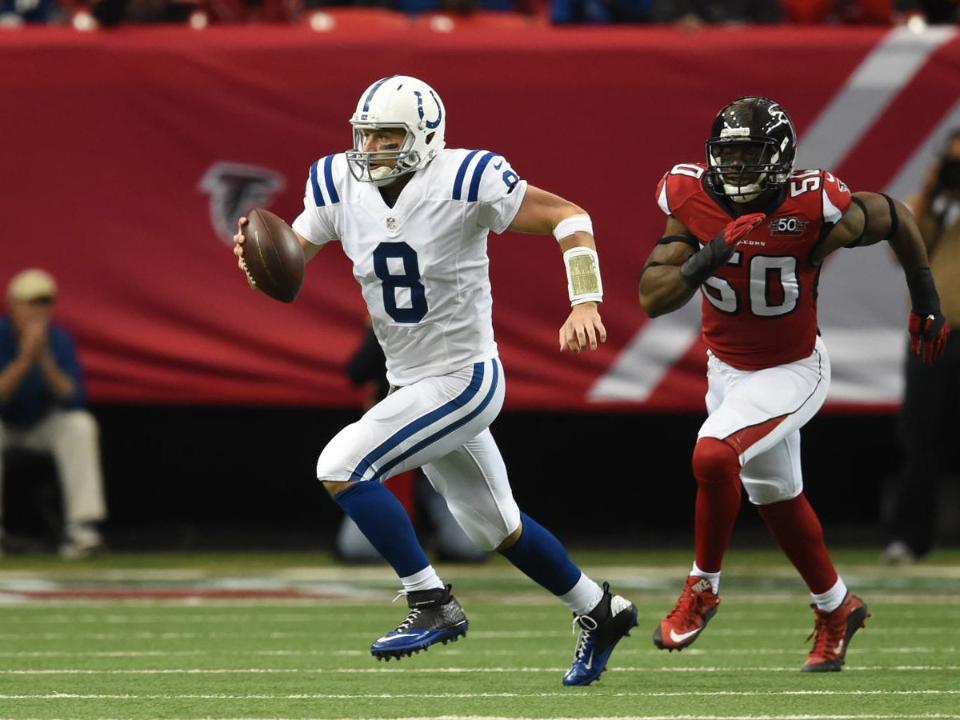 After a stadium experience Eli won’t ever forget, we were back at home for this away game. The 1 p.m. games are my favorite. I can get stuff done before and after the game, and therefore don’t feel the slightest tinge of guilt for couching it the entire game. They don’t interfere with lunch or dinner, and pesky kids that want to be fed. Nor do they interfere with this old lady’s intense desire to be in bed by 10 p.m. All but one of the remaining six games are 1 p.m. games, glory be. 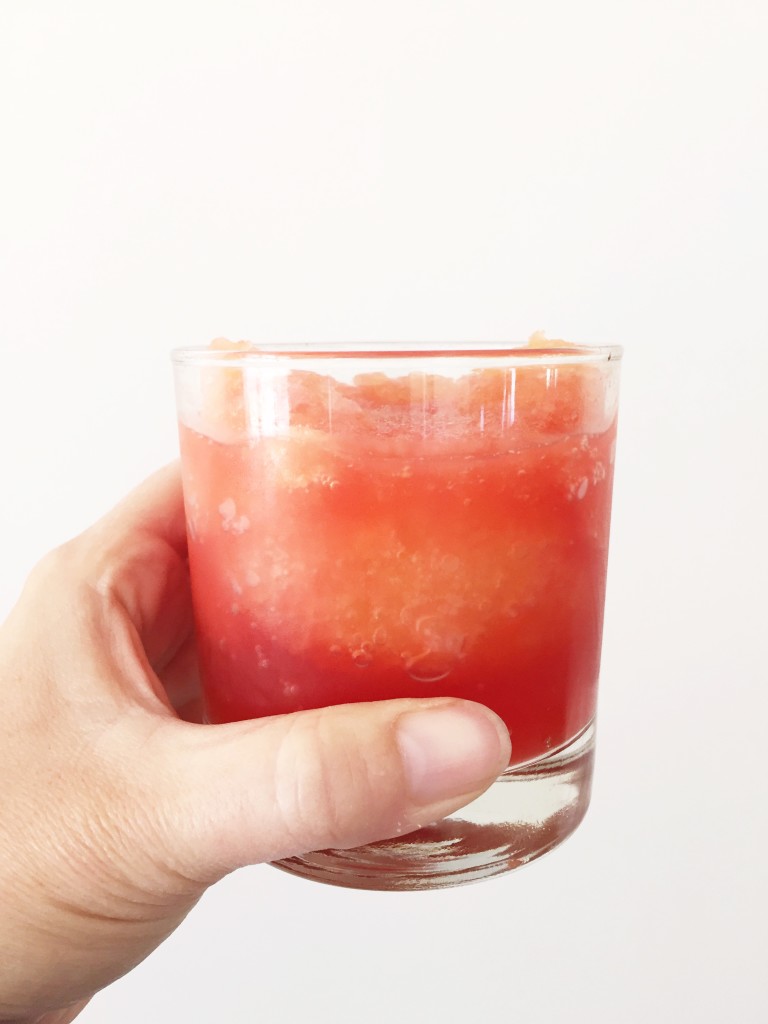 I was in a festive and hopeful mood, between the upcoming holidays and our previous win over Denver. I opted for a Bourbon Slush. Instead of the normal splash of Sprite or 7Up, I went for Sierra Mist Cranberry Splash. I’m not a big soda drinker, but I love the seasonal cranberry sodas that appear over the holidays. I love to make a batch of bourbon slush at the beginning of the holiday season. Plunk it in the freezer and it will get you through the new year – and if you have any left over it makes a fantastic summer slushie with ginger beer! Let us note that my drink was much more bubbly and effervescent than the Colts offense for the first half of the game.

Glancing ahead at the stretch of games before us when the Colts were 2-3, things weren’t looking good. Of the next 5 opponents, all but one were undefeated. Our quarterback was ailing, our coaching staff was in turmoil, and Colts Nation was suddenly full of Chicken Littles. (My advice to you Chicken Littles out there? Make friends with a Browns fan. They’ll bring you back to earth real fast.) Yes, we lost to New England and Carolina, but they were close games. Yes, we should’ve beaten New Orleans. But then we took down the undefeated Broncos. Pair that confidence boost with facing an Atlanta team on a two game losing streak and things were looking up. For a day. The news that Andrew Luck lacerated his kidney and would be out several games brought back the Chicken Littles in full force, and more than a few Eeyores as well.

I am generally the most optimistic of Colts fans. When Mike has long given up and left the room (he often declares defeat by the middle of the second quarter), I’m still watching down to the last second. I believe every game is winnable, no matter how many points we’re down. But even I was lacking faith at halftime of this game. We looked ugly, and this up-down-up-down season is taking a toll on this fan. I took Eli to a friend’s house at halftime, and instead of coming straight home I went to pick up a couple of books at the library. “What will I miss?” I thought to myself. Oh, just another amazing play by Julio Jones and another Falcon touchdown.

Eventually I did come back to the couch. And lo and behold, the Colts came back as well. Down 21-7 in the third quarter, they were able to tie the game in the fourth quarter and win it with a 56-yard field goal. And that’s where my janky finger and stiff neck come into play.

I turned 40 last January. I was warned that aging process, already slightly begun, would pick up steam. I didn’t want to believe it, and yet …

Even though I’m in the best shape I’ve been in for years, working out nearly every day, things just hurt more. I’m stiff when I get out of bed. If I attempt too much or step the wrong way, stuff hurts. Things that other people do with ease – say, catch a football or PUT ON PANTS, cause bodily harm to this 40-year-old.

But there is this inexplicable, improbable Colts team. Winning games they aren’t supposed to win against teams they aren’t supposed to beat. And they’re doing it with old guys. In a league where the average player is 26, we’re winning games with a 40-year-old backup quarterback. The game winning field goal? Made with ease by the oldest player in the league, 42-year-old Adam Vinatieri. Our leading rushers for this game? Frank Gore (32) and Ahmad Bradshaw (29). Every time Hasselbeck took a hit (And like our spring chicken of a quarterback Andrew Luck he takes way too many. I’m looking at you, O-line.) I thought, “Welp, that would put me out until next spring.” Yet he gets right back up and leads us to a win.

Hats (and ice packs) off to you, old guys. I don’t know how you do it, and I’m sure every muscle in your body regrets it this morning, but Colts Nation is proud of you for it. Next Sunday we face off against Tampa Bay, led by rookie quarterback, first overall pick in the draft, and young guy, Jameis Winston. I’ll be rooting for the old guys, and hoping not to pull a muscle in the process.