“God bless fantasy football. There are many things a man can do with his time. This is better than those things.”      The League

If there’s one thing I learned in my inaugural fantasy football season last year it’s this: there is no such thing as 2nd place. You’re just the winner of the losers. I made it to the playoffs and ended up losing. Mike took home the trophy, which just added insult to injury. But despite the agony of defeat and the many, many lost hours of productivity from September through December, I’m hooked and back for another season.

Speaking of another season, this is the last season of a show that is near and dear to my fantasy football converted heart: The League. The show follows a group of friends as they compete against each other for ultimate glory in their long-standing fantasy football league. Mike and I were oblivious to the show until a friend on Twitter clued us into it. Apparently we reminded him of Jenny and Kevin, the married couple on the show. Let’s just say their relationship hits a little close to home. In Season 2, Kevin and Jenny record a warm holiday greeting for their friends that includes this heartfelt message: 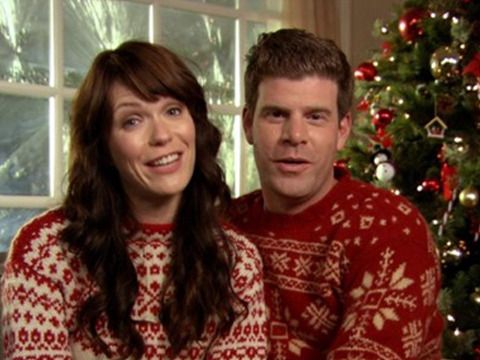 “Yes, we are so blessed to have not one, but two teams in the playoffs. I mean, some homes don’t have any!

And so from the first family of fantasy football to your family at home: suck it!”

I’m sure sending a similar message to our league will just completely endear us to our friends and neighbors. And yet, should we find ourselves in the same situation this year? I’m so doing it. 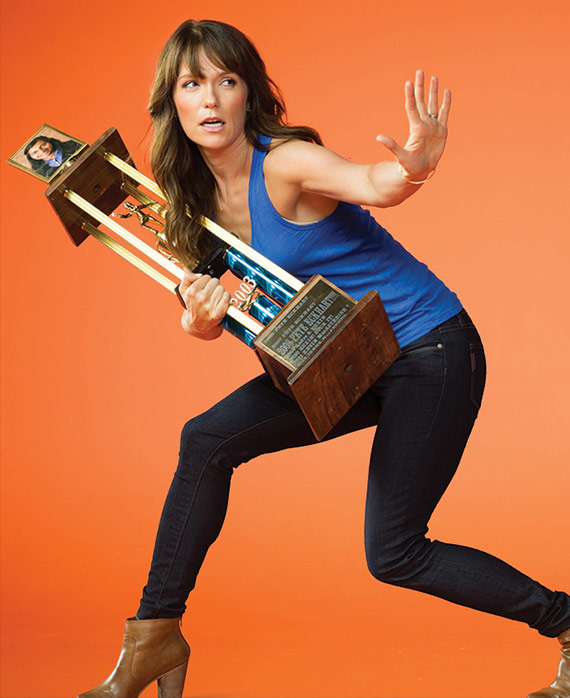 The winner of the league takes home the Shiva, a monstrosity of a trophy named after (and prominently featuring) the high school valedictorian Kevin lost his virginity to while listening to Aerosmith.

We don’t have our own Shiva yet, but as the lone female in the group who has been around the Pinterest block a time or two, that’s about to change. 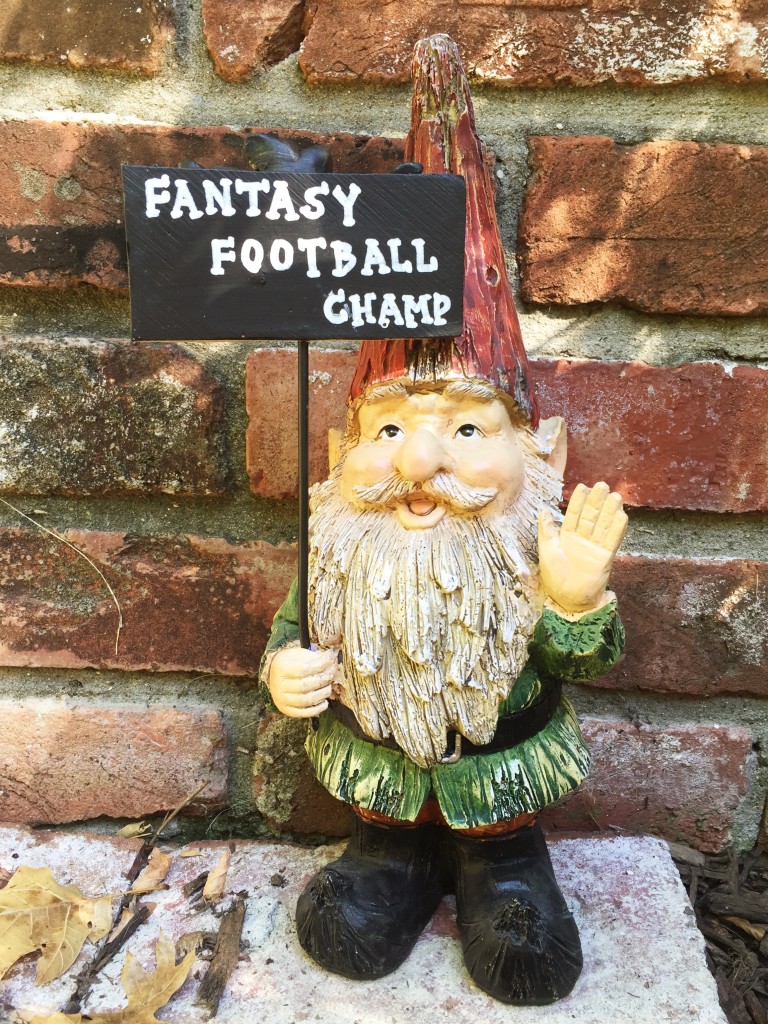 The question is, what shall we call him?

You don’t have to love, like or even play fantasy football to appreciate The League. But you do need to get caught up to enjoy the final season. Luckily Netflix has you covered, and you can stream seasons 1-6 now.

Do you play fantasy football? If so, you have to share your team name – one of my favorite parts of this ridiculous pastime. I’ll start! My team name, for the 2nd year in a row, is Schefty Approved. And (of course) this fantastic photo of Adam Schefter and me is my avatar: 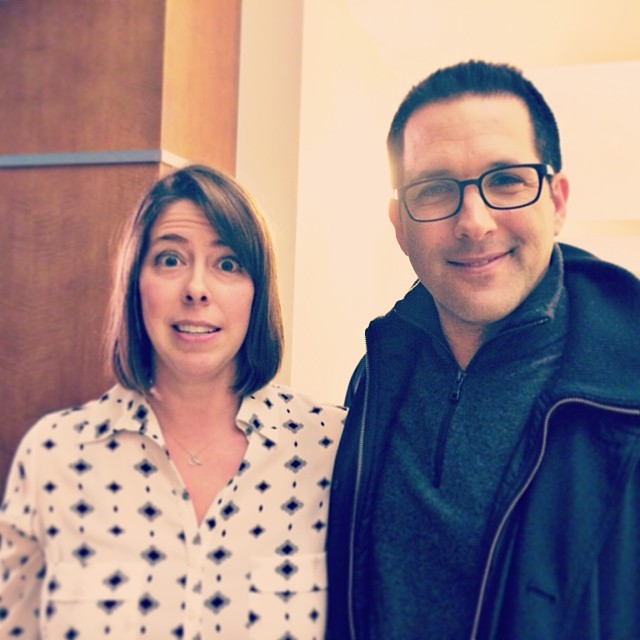