As I struggled with how to plan for summer and find that sweet spot in between no order (which the kids would love and I would loathe) and micromanaging the entire summer (which would be the death of us all by mid-June), I came across something in Jennifer Senior’s book, All Joy and No Fun: The Paradox of Modern Parenthood

In the chapter of the book where she deals with the season of life I find myself in (the tween and elementary years), she talks about “the indoor child.” Thanks to shifts in our culture of which we’re all well aware, kids spend a lot more time indoors and by themselves than we ever did as parents. Of course, this happens year round, but we’re never more aware of it than we are during summer. Suddenly, we realize our kids are inside all the time. If they’re not entranced by some sort of electronic entertainment, they’re underfoot, complaining of being bored or begging you to do something with them or take them somewhere. 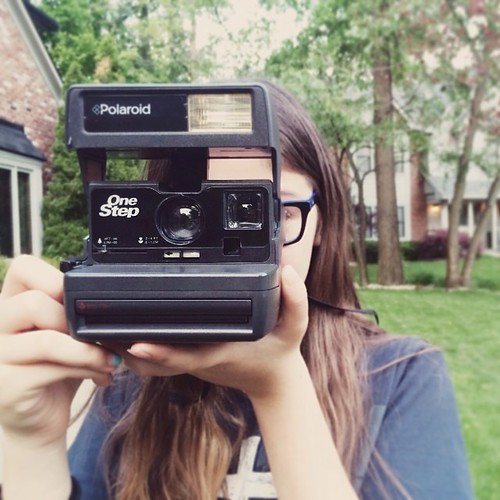 The problem is, if we acquiesce, and micromanage everything – sign them up for multiple camps and extracurricular activities, don’t limit screen time, and entertain them every time they lack for something to do, they miss out on experiencing boredom.

I wrote about this at one point for The Risky Kids, but I think we – not just kids, but adults, too – have a fear of boredom. It’s not a great feeling on either end. Kids don’t know how to tolerate it and push through to the other side of it, and parents don’t know how to facilitate the process without losing their own minds. 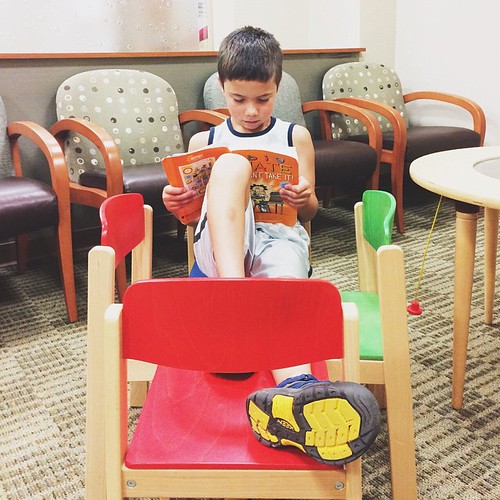 That’s why I’m declaring this summer the anti-boredom summer. I think it needs a manifesto: Your boredom is not my responsibility. If you’re bored, don’t ask what you can do – figure it out. My suggestions will run along the lines of clean your room or give me a foot massage. Surely you can come up with something better.

Of course, it sounds better and easier in theory than it does in practice. We’re wrapping up our fourth week of summer break and we’ve definitely struggled with it already. In general, though, I feel like it’s going better than expected. Here are a few things that have helped us stay unbored and still (kind-of) liking each other:

1. Having a daily routine.

The framework of this idea was built over the school year and meant for weekends, when we try to strike a balance between relaxation, necessity and losing yourself in front of the iPad all day. In our family, we all like to take some time to wake up and be quiet first thing in the morning. For me, this means writing, catching up on blogs or checking social media accounts. For Elena, it’s reading her messages ands scrolling through Instagram. For Eli, it’s playing a few games of whatever he’s into at the moment. Once I’m awake and have finished my coffee, our day begins. We eat breakfast and then do our daily chores. After those are done, if we don’t have anything planned, the kids know they can map our their day how they like, but it needs to include these elements: 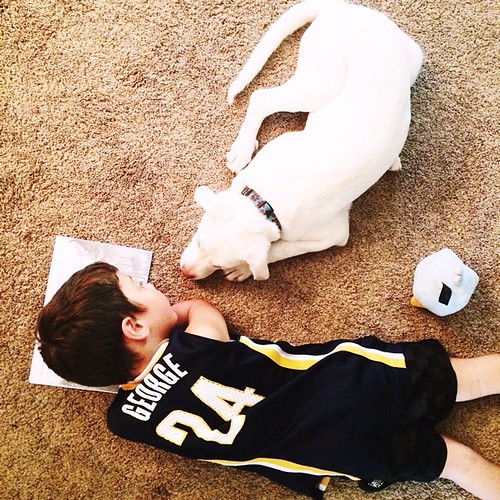 Work: This includes the daily chores they should have already completed (making their beds, tidying up their rooms, brushing hair and teeth, getting dressed), plus any other chores that might need done that particular day, such as mowing the lawn, picking up dog poop, or weeding. This apparently needed addressing, as on the first day of summer break, I told Eli it was time to get dressed and do chores. He was outraged. “What??! It’s summer break. You know, a break from everything!” If only.

Play: Outside or inside screen-free play, but you must spend at least 30 minutes outside every day. (Eli easily spends 2 or more hours outside if the weather permits. It was for Elena’s good that we added a bare minimum for outside time.)

Read: This year they’re in charge of logging time for our summer reading program. We (me included) read at least 30 minutes during daytime hours.

Create: Spend some time making something, whether it’s building, writing, drawing, cooking or planning an elaborate project. Oddly enough, this is where Eli struggles and Elena shines.

Learn: I’ve never been big on worksheets or reviewing stuff they learned in school, but with Eli I recognize that he needs some practice each week on handwriting and math facts to keep him from losing the progress he made over the year. Still, that might be once a week. The rest of the time it could be anything from practicing music (Elena’s picked up the guitar again) to honing a new skill we might not have time for during the school year, such as coding, or figuring out how to set up a YouTube channel.

Rest: Doing absolutely nothing and being okay with it. Also related: there is such a thing as a bedtime in the summer, which is something I didn’t think needed explaining, but caused much strife the first week of summer vacation. 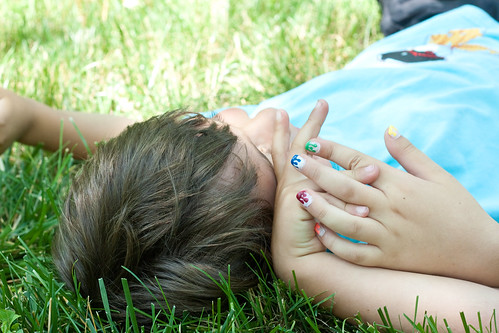 I printed out a handy reminder and keep in on the fridge in a plastic sleeve so they can check things off as they do them with a dry eraser. 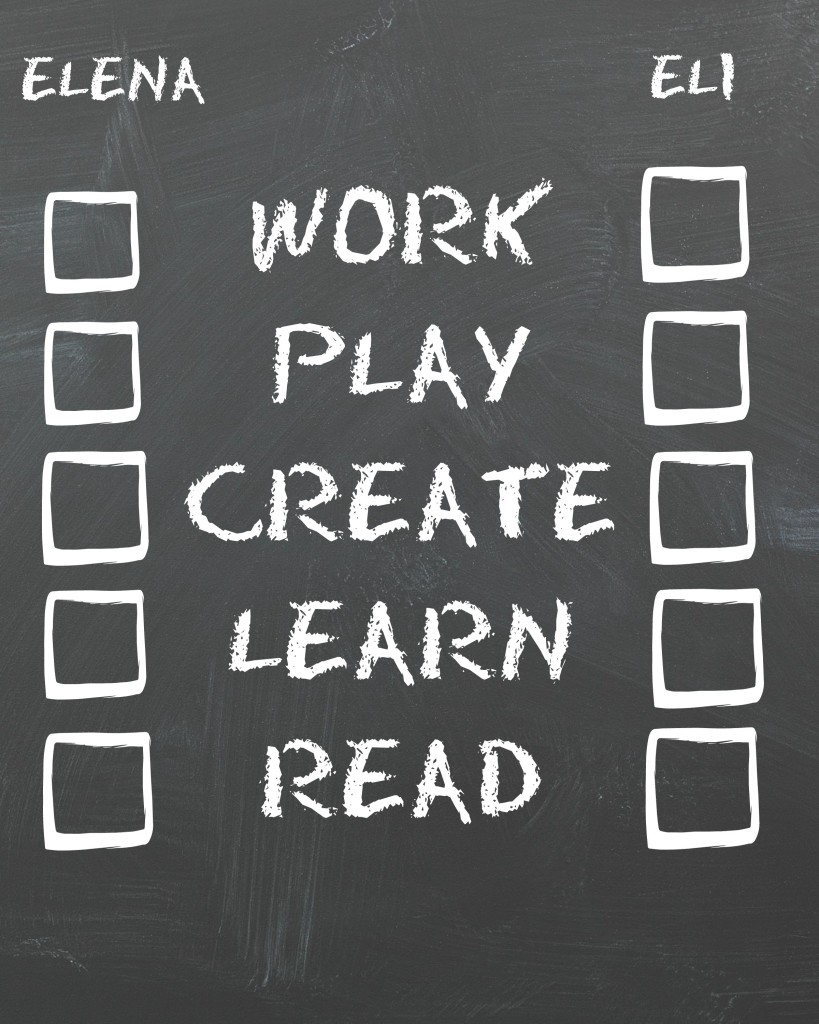 Some activities are definitely screen-free, such as working, playing and reading. The others can include screens. Elena might watch a YouTube video to learn a certain song, Eli might use a math app on the iPad, or we might watch a documentary together. The rule is, though, that if you choose to make a screen part of an activity, whatever you choose for the next activity needs to be screen-free. So far, I haven’t set any time limits on screens. We’ve tried that in the past, and it just doesn’t work for us. We’re never consistent and I hate haggling over the time-keeping aspect. (Who set the timer? When did you start? Can I subtract the 10 minutes I spent in the bathroom with my game paused?) For now, we go by our gut. If Mike or I feel like the balance is off, we tell them to wrap up what their doing and do something else.

The only tweak I’m working on halfway into the summer is how to get them started on a new activity without having to repeat myself or doing the thinking for them. I was hoping they’d run with it, but they still depend on me too much to come up with ideas. Now, old Angie would’ve come up with some cute, Pinterest-worthy boredom jar or something. Forty-year-old Angie realizes ain’t nobody got time for that. Instead I’m just making a big ol’ list of ideas – on actual paper, like our ancient ancestors used to do. If they say they’re bored or can’t think of an activity that would satisfy the learning requirement for the day, I’ll simply say, “THE LIST, PEOPLE.” (Note to self: add “learn how to fix Mom an adult beverage” to THE LIST.) 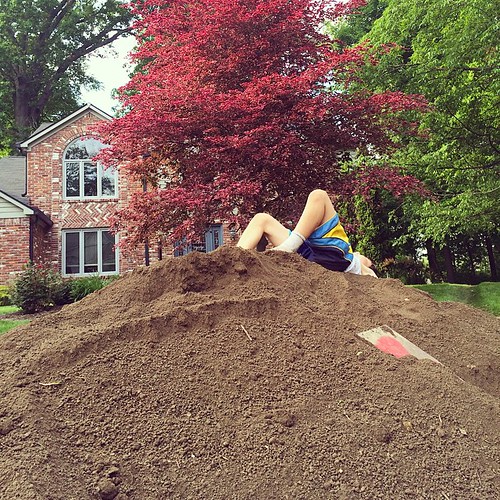 I still do my grocery shopping during the week and in the daytime, just as I did when they’re in school. Sometimes I let Elena stay home and watch Eli, but often I have them come with me. It is boring, and they don’t want to go, but part of life is learning that there are things you just have to do. I think it’s boring and I don’t want to go, but the food doesn’t magically appear in the pantry. They can complain about it and be miserable every week, or they can accept it, help me shop, and get it over with quickly. We go to the library once a week to collect our reading program prizes and swap out books. Thursday or Friday is our zone cleaning day, which means the kids do their weekly chores (vacuuming, cleaning their bathroom, collecting trash) and help me to deep clean one zone of the house. And because I’m not completely evil, we make the best weather days of the week pool days, escaping to the water for a few hours in the afternoon or after dinner. 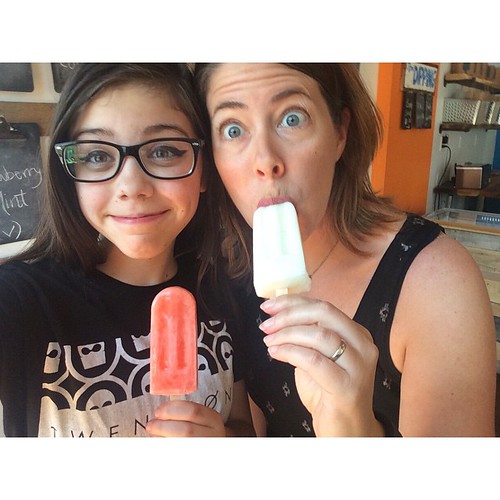 3. Plan a fun activity or outing.

I know, I know … I just told you not to micromanage everything! Still, there are so many simple summer joys that need to be experienced. We adults especially need reminding that it’s okay to step away from our usual work and home routines and do something fun. If I try to wing it, the week gets away from me and we haven’t made the time to do or go somewhere out of the ordinary. Instead, I keep a running list of things we might want to do or go see and pencil that thing in when I plan for the week on Sunday night. I try to come up with something fun to do at home as well as plan an outing. This summer we’re on a mission to try the many beloved donut shops around Indianapolis and figure out which one will be the Six family favorite. 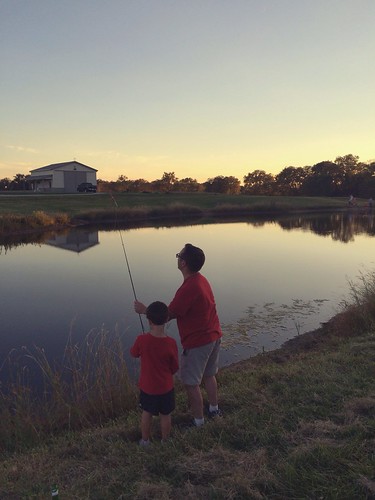 By incorporating those three things into our summer, we’re able to balance the work that is family life with the fun that is inherently a part of summer. At the same time, it keeps me from having to micromanage every single minute of our day and it forces the kids to not only experience boredom, but take responsibility for it. They’re finding that they’re far more creative than me in coming up with things to do. Summer vacation and boredom are a gift, as it means we’ve given ourselves the space and time to be bored. It’s not a bad thing to have some margin in our lives that are unfilled. At the same time, it’s not a parent’s job to fill that space with time-intesive projects, activities and outings. The true gift is to give that time to the kids and let them discover exactly what they love to fill their own space and time with.