The Colts and I have something in common this week: we’d both like a do-over. The Colts would happily go back to end of the first half and do things a little differently. And me? I’d like a few words with the woman sitting in front of me who threatened my husband. We’ll get to that, but first the usual details. 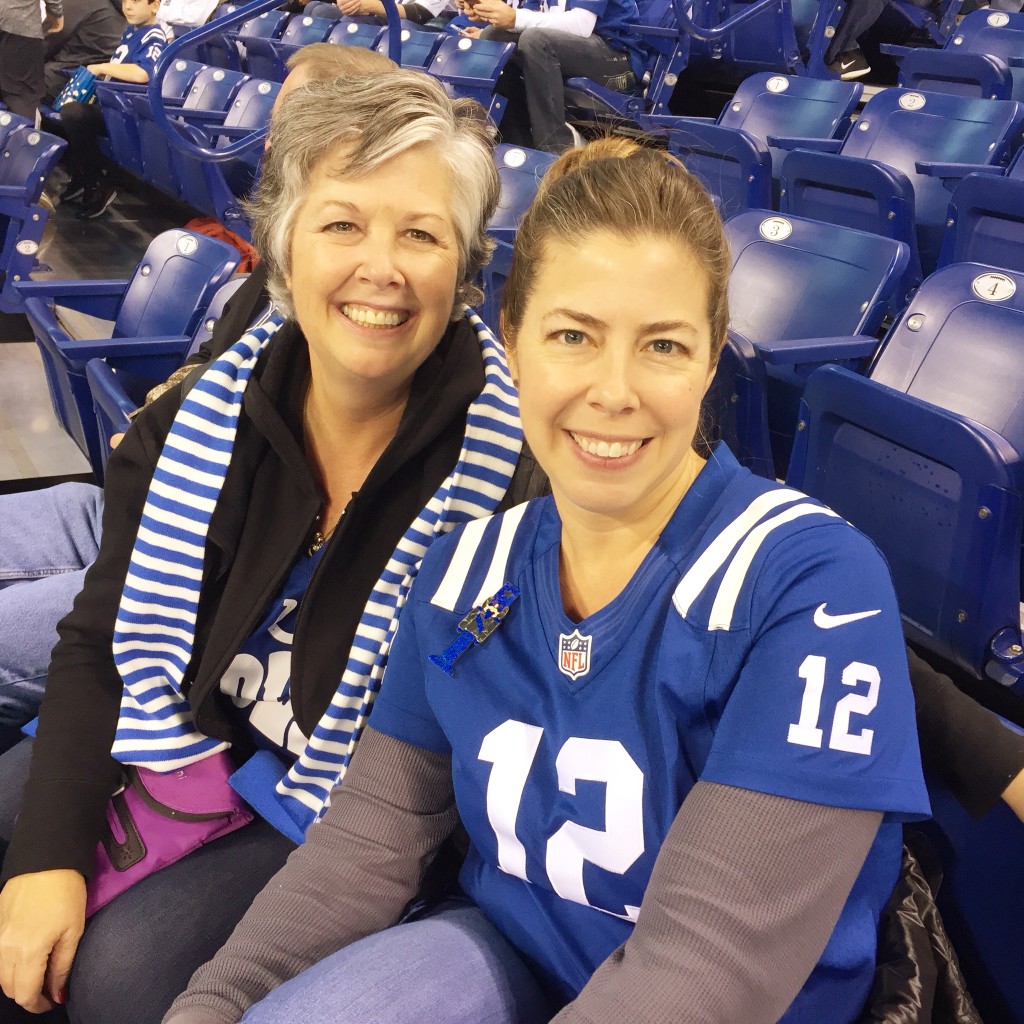 Mike and I returned to Lucas Oil Stadium to watch the game with my sister, Ana, and her boyfriend, Greg. We had the same seats we had for the Broncos game. In other words, our seats were pretty sweet. Well, other than the fact that no one ever scored a single touchdown on our end of the field. The last time my sister and I went to a game together was the 2006 AFC Championship game. You know, just that legendary game in the RCA Dome where we beat the Patriots on our way to a Super Bowl Championship. Let’s just say that game was a little more fun than this one. 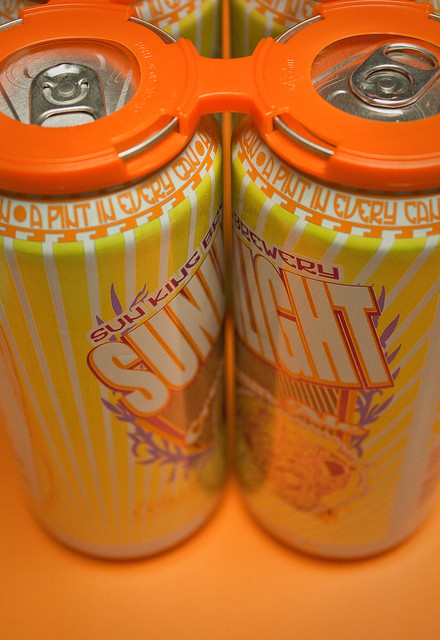 There’s only one drink for me at Lucas Oil, and it’s the locally brewed Sunlight Cream Ale from Sun King Brewing. Mike made a comment about the fact that this particular beverage costs $9.25. My sister didn’t miss a beat – “Worth it,” she said. She’s absolutely right. If I could only drink one beer for the rest of my life, this would be the one.

I’m going to go in a different direction here than I’ve done in the past. For one, what can I say about this game? It was utterly disappointing. I’m scared for Matt Hasselbeck’s health, and if I was his wife I’d be hiding his keys so he can’t drive to the Colts facility anymore. This is not our year. I’m resigned to that now. Instead, I want to focus on what has to be the craziest thing that’s ever happened to me at a sporting event.

Our seats were in the second row, right where the Colts players come out and warm up. In the row in front of us sat a husband, wife and two boys, which I would guess to be around middle-school age. As the first and second quarters progressed, I noticed two things about them. One: they were pretty quiet for Colts fans. Two: the woman turned around several times during the first half and gave Mike what I would call “the stink eye.” It’s the same look my kids get when I’m trying to wordlessly communicate I’d give them what-for if we weren’t in public.

Before I go any further, let me tell you a little story about Mike and his decibel level. He’s a loud guy. I’ve been know to give him the stink eye myself, most often when we’re in a public place and he answers his phone. Hush, hush, voices carry, dude. Just last month, the kids and I had a conversation with him at the dinner table, suggesting the numbered chart they use in Eli’s school for how loud you should be talking at any given moment might be helpful. For reference: 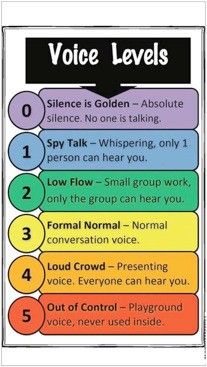 He’s pretty much a four in a world of twos. And we love him for it (mostly). So back to the game. It’s the second row of an NFL game against a division rival in a matchup that has playoff implications. I’m going to say Mike was at a 4, with spurts of 5 during crucial moments. The drunk guy two rows behind us? Constant 5. The extended members of T.Y. Hilton’s family behind us to our right? Fours and fives.

At halftime, the woman turns around to Mike and says in all seriousness, “If you don’t stop screaming, I’m going to punch you in the throat.” We looked at each other like, “Is she serious? Surely she’s joking.” Mike said something to the fact that he’s just excited, it is a football game after all. Her husband joins in. “Do you have to be so loud? Could you maybe take a break during halftime? It’s ridiculous.”

We were stunned. My natural inclination is to avoid confrontation at any cost, and so I whispered in his ear, “Please don’t poke the bear.” To his credit, he let it go. He could’ve engaged her and her husband, and it could’ve gotten ugly fast. But he didn’t. Did he pipe down? Some. The fans sitting around us, however, were dumbfounded. They handled it in the best way possible: they got louder. Every down, every run, every penalty … they screamed. I wanted to hug each and every one of them.

The more I think about it, the angrier I get. I’ve been to many sporting events where you’re sitting by that guy. The one that doesn’t know when to stop. The one who uses profanity, the one who has to tell the ref he sucks for every call that goes the other way, the one who makes you cringe for every fan under the age of 12 within earshot. Mike’s never that guy. He doesn’t taunt other fans and he never swears. He just gets every penny’s worth of fun out of the exorbitant cost of his ticket to an NFL game. If he were that guy? I’d let him know, and it wouldn’t be with a stink eye. There are a lot of things I agree would be inappropriate and disrespectful for your fellow fans at an NFL game. Using your outside voice isn’t one of them. (And no, a closed roof doesn’t necessitate inside voices at Lucas Oil.) The 12th man doesn’t motivate the team by sitting quietly.

And so to the woman of Section 136, Row 1, Seat 6 sitting in front of us at Lucas Oil Stadium yesterday? We are not sorry. I’ve reviewed the NFL Fan Code of Conduct. There’s nothing in there about cheering for your team, but they have a little something to say about threatening other patrons with words and/or actions. Perhaps next time, instead of threatening violence in front of your family to a fan simply having a good time with the other 66,000 yelling, screaming, clapping fans, you watch the game from the peaceful atmosphere of your couch. Save those front row seats for the 12th man.