Expecting the Colts recap? As much as I’d like to skip it after yesterday’s atrocious game against the Saints, I promise I’m not. I’m just doing it a little differently this week. Look for a post later this week. Until then, amuse yourself with something a little more positive today: The Short List for October. 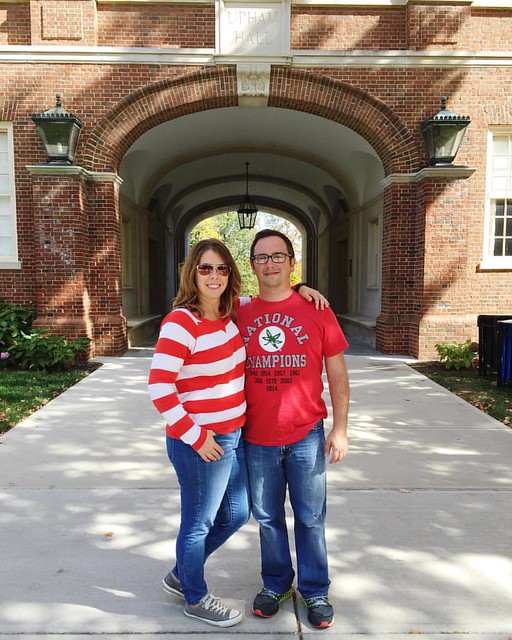 A couple of weekends ago Mike and I took the kids to Oxford, Ohio for the day. Oxford is the home of our alma mater, Miami University. It’s where we met and got engaged, so the town and campus hold many special memories in our life’s story. We’d taken Elena when I was pregnant with Eli, and thought it was time to return. It was the quintessential fall day on campus: warm with a crisp breeze, golden sunshine, the leaves just beginning to turn. We ate and shopped in Uptown, then biked through campus, showing the kids where we lived when we met (a co-ed dorm!), went to class, and a very special spot: where we got engaged.

Miami lore says that if you kiss under Upham Arch, you’ll end up marrying that person. I don’t know how true that is, but Mike is the only person I kissed … under the Arch. 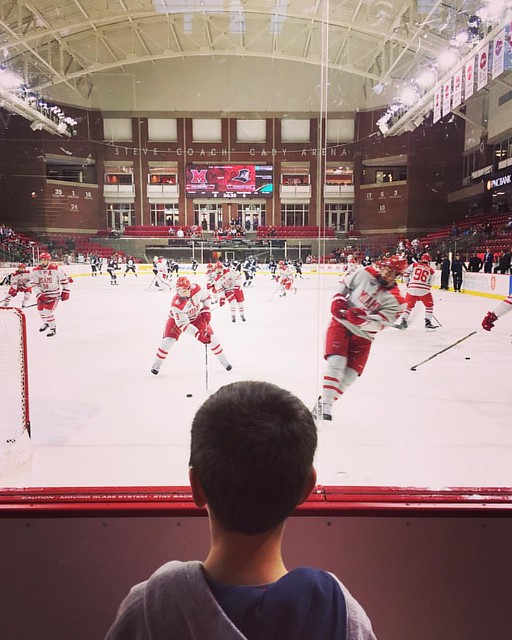 We capped off our visit by taking in a Miami Hockey game. Miami Hockey means a lot to us as well. My roommate in college dated one of the players for several years, so I have fun memories of hanging out with him and his teammates and cheering them on. Mike spent many hours at Goggin Ice Rink, both playing hockey and broomball, as well as working as a referee. It was such a fun day with the kids, strolling down memory lane and watching the Redhawks win against last year’s national champs, Providence.

The kids couldn’t believe it when I told them that in our day, if we wanted to use a computer to send an email or browse one of the 20 sites just debuting on the World Wide Web we had to physically walk to a computer lab. So archaic! Thank goodness times have changed … whatever would we do with ourselves without it?! On that note, here are a few things I’ve been enamored with this month, none of which require a trip to the computer lab.

I can tell it’s fall, because I’m spending way more time on the couch in front of the television than I do in the spring and summer. I haven’t latched onto any of the new fall shows, but we’re glad that our old favorites are back, including Big Bang Theory, Modern Family, and The Good Wife. So far Modern Family has been underwhelming, but Big Bang Theory is killing it. I’m a little pouty at The Good Wife. They keep taking away my favorite characters. (Will and Kalinda, mainly. I’m really hoping Finn Polmar comes back to sweep Alicia off her feet.) I’m rewatching Spike Lee’s documentary When the Levees Broke: A Requiem in Four Acts

. Between reading two books about Katrina, as well as various pieces on the 10th anniversary of the storm, I wanted to revisit this powerful work. It’s very good, but tough to watch.

You guys: I’m reading the most fun, fluffy, can’t-put-down book that I’ve read in a long time. The Royal We

is the story of Bex and Nick. She, an American studying abroad. He? Well, just a prince and Great Britain’s future king. It tells their love story, from their carefree days at Oxford, their years secretly dating out of the public’s eye, to their impending royal wedding. It’s clearly inspired by Will and Kate, but it’s anything but a cheap knockoff. I’m not ashamed to admit I’m smitten with all things royal, and this book is feeding my obsession!

On the non-fiction front I’m reading Sherry Turkle’s Reclaiming Conversation: The Power of Talk in a Digital Age

. It’s a fascinating look at how smart phones and other technology have changed the way we connect and talk with each other. Right now I’m in the doom and gloom part, where you realize just how much we’ve retreated from true human connection. I think next up is panic about the next generation, but I’ve heard that by the end of the book Turkle gives readers strategies for fighting back and reason for hope. You can definitely expect a dedicated post to that book when I’m finished.

The other books currently on my nightstand? Wildwood

by Colin Meloy (still reading with Eli), I Want My MTV: The Uncensored Story of the Music Video Revolution

by Rob Tannenbaum and Craig Marks, Did You Ever Have A Family

Two other books have been getting lots of love in our house, for very different reasons. The first is On-the-Go Fun for Kids!

by Amanda Morin. When the kids were smaller, I used to keep a little bag packed in the car with activities and distractions for short road trips and restaurant waits. They’ve (mostly) grown out of that need, but I’m still always on the lookout for ways we can pass the time in the car, at restaurants, and in waiting rooms without all of us having our heads stuck to a phone or iPad. This book is perfect for that! It’s divided into sections by where you find yourself: the car, planes and trains, hotels and vacations, waiting, and shopping (with a bonus section for work-from-home days). We’ve used it over and over again and haven’t gotten close to doing even half of the activities. I especially like that it’s well-suited to a wide variety of age ranges, from littles all the way up to tweens and teens. I imagine our copy will be in tatters by the time we’re done with it. 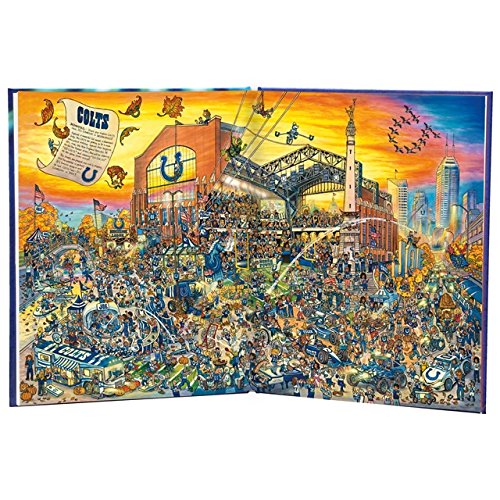 The second book is Joe Journeyman

. It’s the first in a new search-and-find series with a fun twist: it has an NFL theme. Joe (a fictional character) is the only person to ever play for all 32 NFL teams. The book takes you along as Joe and his friends travel from one NFL team to the next. Each team Joe visits comes with a list of things for you to find. The illustrations are big, detailed and fantastic. Eli is just getting into sports-themed books, and he’s spent hours gazing at the illustrations. I appreciate the NFL theme, of course, but what I really love is that the author, David Bazzoni and artis, Jed Bruce, are local. They’re donating 10% of all net profits to support Joe’s Kids, a nonprofit pediatric rehabilitation facility serving children with special needs. In addition, a portion of the profits will also benefit local children’s hospitals throughout the country. Both books would make great gifts or worthy additions to your own personal library.

I’m on a big cider kick right now, both the alcoholic and non-alcoholic kind. I’ve been buying jugs of cider and mulling it, then storing it in mason jars. I love it as an afternoon treat or in the evenings. To mull it, I just toast a stick of cinnamon (broken into pieces) along with a few peppercorns and whole cloves. I pour in a half gallon of cider, add a couple of tablespoons of brown sugar and a strip of orange peel (if I have it on hand). I simmer it for 30 minutes, skimming off any foam that rises to the top. Sooo good.

If I want some kick, I turn to ciders of the adult variety. My sister brought me some Austin Eastciders Original Dry Cider from Texas. I haven’t looked much locally, but if you can get your hands on any Vandermill Ciders from Michigan, they’re fantastic as well. I really like the cider from Stella Artois, too, which I think you can find just about anywhere.

If you’re a Colts fan looking for stories beyond game stats and recaps, I highly recommend the Colts Roundup blog. As part of our partnership with the Colts for their best tailgate contest, some local bloggers are contributing some tasty tailgate recipes to the site. It’s more than recipes, though, and I just love the pieces local writer Heather Lloyd does for the site, such as her “20 Things” posts about players and fun stories like Todd Herremans’ locker coffeemaker.

If you need a chuckle, check out these 20 People From Famous Paintings Who Literally. Can’t. Even.

This Fall To-Do List is so me. Especially the part about thinking corn mazes are a fantastic idea … until 10 minutes in.