In the midst of #DeflateGate, I posted a picture on Instagram. Eli had just started his basketball season. 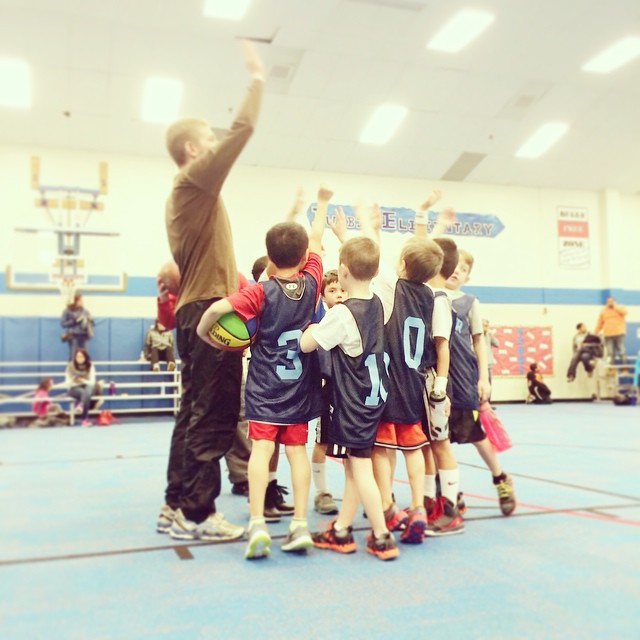 First grade basketball: the cure for whatever professional sport issues ail you.

It was the first game. Hope, spirits, and the waistband on Eli’s basketball shorts were high. 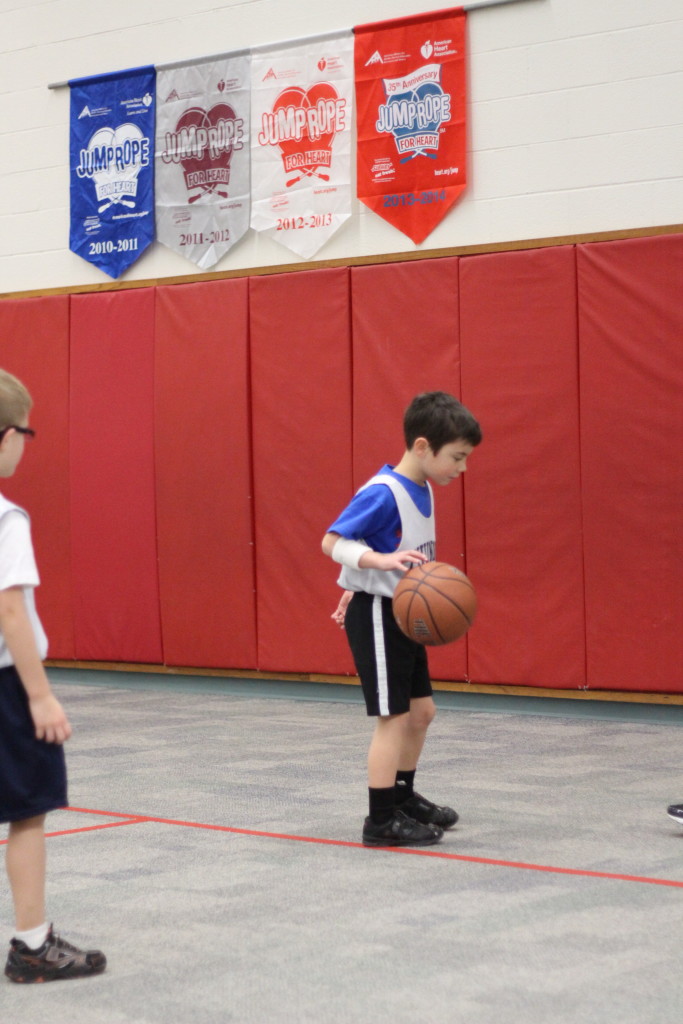 We didn’t win that first game. Nor did we win the next one. Or the one after that. Or the next 6 games. Sadly, the Thunder went 0-9.

You would think that losing game after game would do something to a kid’s excitement about a game, that it would crush a young team’s morale. We’re lucky here in Indianapolis, in that we don’t spend a lot of seasons mired in winless streaks. The year Peyton Manning sat out the season with his injured neck the Colts lost 13 games in a row. You’d have thought the world was coming to an end around here. If a season like that would drive grownups to drink, what would it do to a bunch of 7-year-olds? 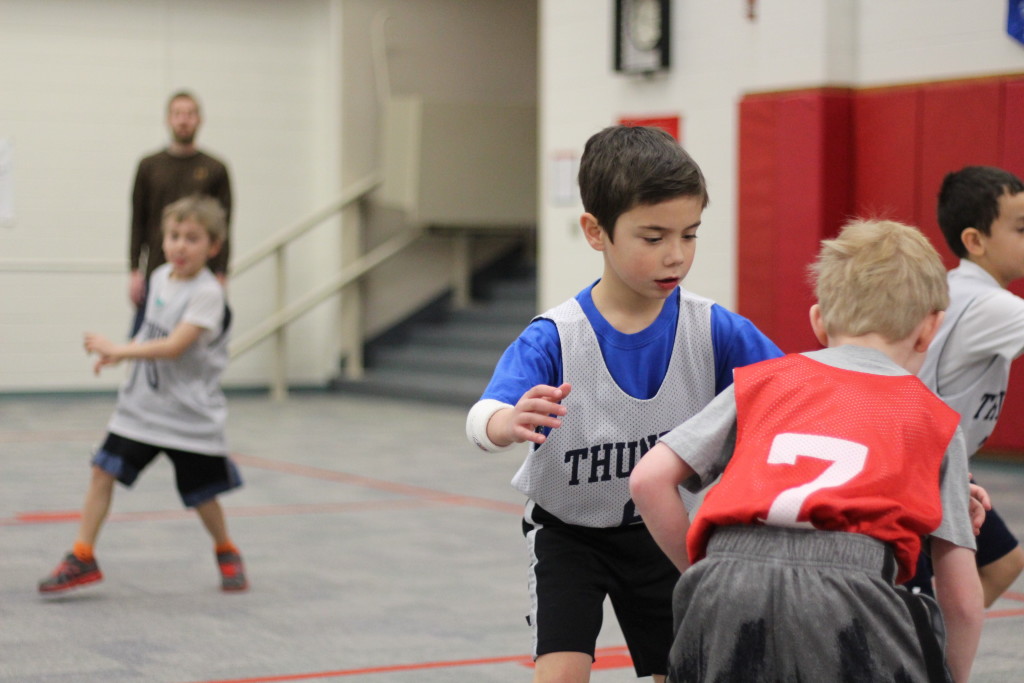 Absolutely nothing. I waited for Eli to vent his frustrations, for him to want to give up, for him to blame somebody. I waited for what I presumed would be the inevitable, “I hate basketball.” It never came. He bounced off to practice every week with a smile on his face. At practice, he listened to his coaches and worked hard. Come game day, he put his jersey on with pride. And after every single loss, the kids lined up and slapped hands. “Good game!” they said, over and over again, with absolute sincerity. 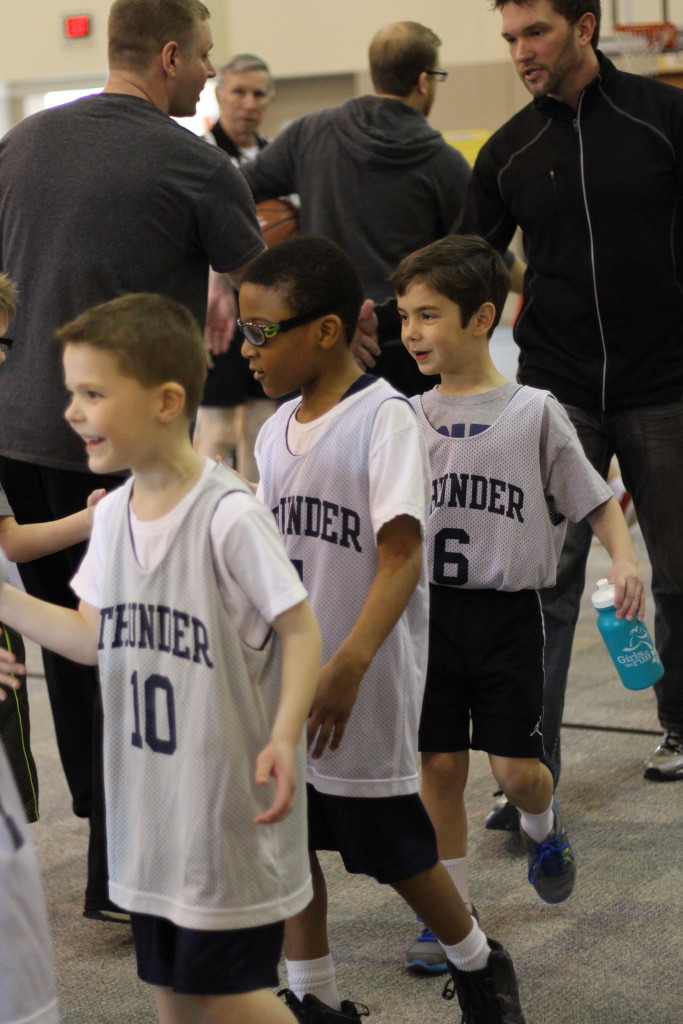 You might think Eli is just an overly optimistic kid. To some extent, he is. But he was not an anomaly on this team. Each and every one of his teammates did the same. They got better every week, but it was never enough to walk away with a W.

The coaches never gave up on these kids either, never mentioned wins or losses, never cut corners with one kid’s playing time so that maybe we could eke out a win. They herded those little cats week in and week out, giving them a solid foundation, lots of encouragement, and so many high fives. Because when you’re seven, that’s what matters: an atta boy and a high five from someone bigger than you. 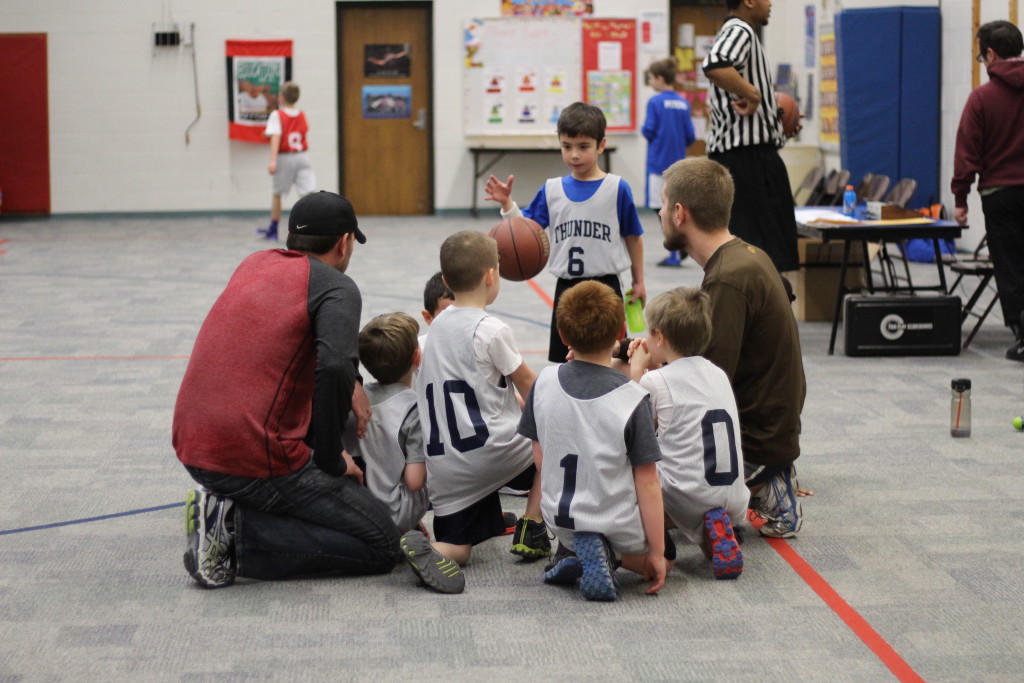 You know who had the hardest time with it? The parents. We’d look at each nervously before the games … surely we’d win one today, right? We’d search their little faces anxiously as the other teams would continue to make basket after basket. Will they be okay?

They were more than okay. Here’s what mattered to them in the end:

1. They got a cool jersey.
2. They got to run around twice a week with their friends.
3. Sometimes they made a basket.
4. They got a trophy.
5. There was pizza end of the season.

There were so many times when we could’ve won, only our shots wouldn’t fall and theirs did. If there’s a harder lesson in life for us to swallow than watching someone else do the same thing we do, put in the exact same effort, only to see them get what you so desperately wanted, I don’t know it. I do know this, though. We adults could learn a thing or two from these boys.

How different would our outlook on life be if we could just be happy with our own circumstances? If we could be content to do our best without letting the final score be the only measure of our worth? It would be epic. As epic as an end-of-the-season pizza party with unlimited pitchers of lemonade and double-dog dares to eat a pizza with a shaker full of red pepper flakes on it.

These boys inspired me so much on the court. I wanted to find some movies we could enjoy as a family off the court and on the couch. Here are a few great films to stream on Netflix that are filled with teamwork, determination, resilience, good sportsmanship and big dreams:

And if the grownups in your house are looking for something new and fun, be sure to check out the new Netflix original series Unbreakable Kimmy Schmidt. Ellie Kemper (The Office) stars in this comedy from 30 Rock producers Tina Fey and Robert Carlock. Held captive for the last 15 years in a doomsday cult, the resilient and optimistic Kimmy emerges to find a drastically different world from the one she left behind. I love it, and I think you will, too!