My name is Angie Six. I’m a mother, a wife, and a fan of football. I live in Indianapolis and root for the Colts, but I love the game more than any one team. I look forward to football season more than all the holidays rolled together, and I’m terribly sad when the season is done.

I’m terribly sad and more than a little angry for another reason today, though. I woke up this morning, got the kids off to school, and settled in to catch up on the day’s news with my coffee. My coffee which I just happen to drink out of an NFL-licensed mug. There I saw the news that the New England Patriots had under-inflated 11 of their 12 allotted footballs during the game against my Indianapolis Colts. In other words, you have evidence that the Patriots cheated. 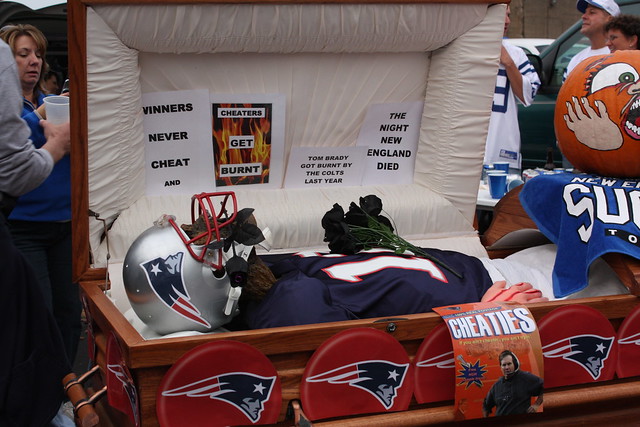 It’s been a rough year, eh? I know. I’ve been watching. I’ve kept my mouth shut and my opinions to myself. Until now. The sexual assaults. The child abuse. The domestic violence. It’s shameful and it needs to stop. My kids know that I love football and they know how your league has struggled with these issues. They know I’ve struggled as a fan, too. They know because we talk about it over dinner. We talk about what’s right, what’s wrong, what the consequences of these deplorable actions have on a person’s reputation and career. We talk about the responsibility we have as consumers, when we support a brand and its representatives whose actions don’t line up with our values.

And yet, myopic as it may be, these issues haven’t affected my personal decision to support the NFL, or to encourage my kids to embrace the game. These issues are personal choices, made by individual players, that do not affect the integrity of the game. These issues are ones I can feel confident in using as teachable moments for my kids, where they can see negative results as a consequence of making poor choices. I can tell my kids that you can’t hurt people in this manner. It is against the law, and you will be punished. In short, I got this.

Cheating, on the other hand, may very well be the last straw. Kids understand cheating. We can all relate to cheating, because everyone one of us has at least been tempted. There are so many life lessons I’m trying to impress on my kids, but this is one of the most important: to be honest and to do the right thing, especially when no one is watching over you to make sure you do so.

When you cheat, it says to the world that you don’t believe in yourself, that you didn’t think you had it in you, that your need to be better trumps everyone else. I don’t understand how this is necessary in this league, with these players. If you can’t do it with one of the best quarterbacks of all time, surrounded by a group of insanely talented players? Then maybe it’s not your turn. Maybe you go back to the drawing board and come up with some new, crazy (but completely legal) plays. Maybe you train that much harder in the offseason. Maybe you research and analyze your way to a better draft. Maybe you come to training camp with fire in your belly. You know, like we want to teach our kids to do when real life knocks them down a rung or two: dust yourself off, take a good, hard look at why you failed, and do better next time.

That’s why I’m writing you, Mr. Goodell. I’m imploring you not as a fan of the game, but as a parent. Do not let this opportunity pass you by to make a statement to everyone who plays in this great league: cheating will not be tolerated under any circumstances.

If you glorify the cheaters by looking the other way, or with a slap on the wrist, or a fine that amounts to pennies from their pocketbooks? Your actions speak loud and clear to this future generation of NFL fans. They may be young, but they’re not naive or stupid. They’ll understand very clearly that cheating, while generally frowned upon, can be justified if the end result means winning. Playing by the rules, guiding yourself with integrity? That’s for chumps, man. Not champions.

I do not want to teach my kids that the decision on whether or not to cheat lies solely in determining the return on that shady investment. Is it worth it? I want the answer to always, unequivocally, be no.
You’re worried about whether parents are going to let their sons play football, Mr. Goodell? You need to be more concerned about whether or not we’re going to let them watch football.

If you turn your eye from this issue because it’s complicated, because it looks bad for the league, because everyone does it to some extent, or because this particular team and these players are the poster boys for what a successful franchise looks like, shame on you. It’s a disservice to the hundreds of honest men you employ, who put their bodies and careers on the line every game for the sole purpose of our entertainment.

You see, that’s just what it is – entertainment. As much as I love the NFL, as much as my Sundays, Mondays, and Thursdays from September to January revolve around your product, I have no problem walking away if these shenanigans continue. I have better things to do with my time, and I surely have better choices in entertainment that don’t send mixed messages to my kids. 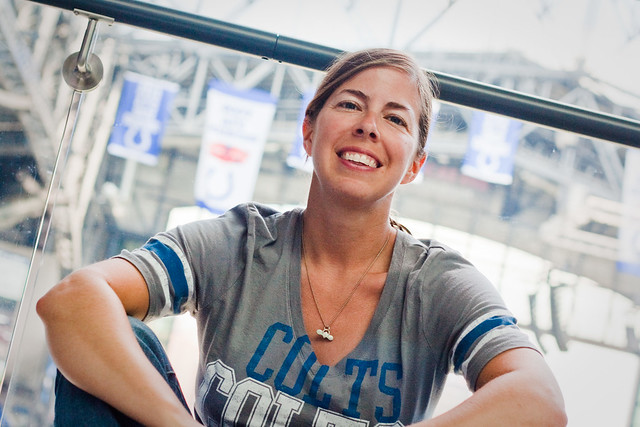