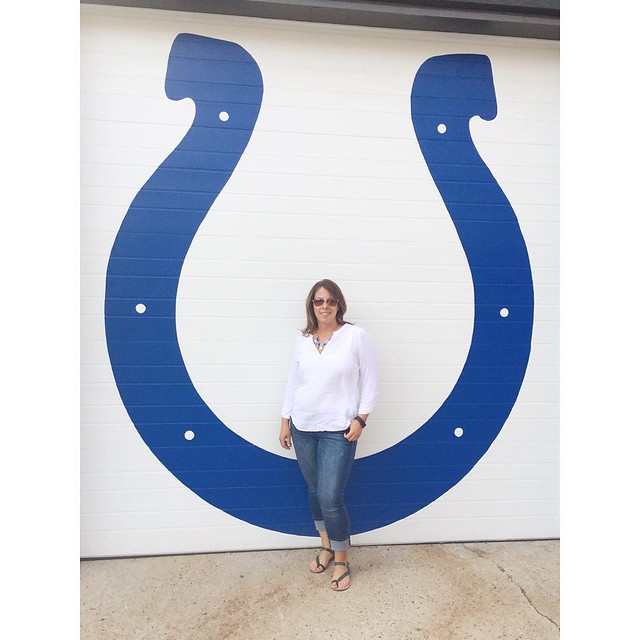 While it’s never been formally declared, not on this blog, not in a computer file taking up space on my desktop, not even hastily written on the back of grocery receipt, I have a Sports Bucket List. I keep it in the least secure place possible – my head – and it changes with the wind, but there are some things that have remained on the list for years.

A few have lingered on the list in hopes that one day I’ll be able to check them off: going to a Super Bowl, tailgating before an Ole Miss football game, and watching a game at Lambeau Field. Believe it or not, some are even non-football related. I’ve never been to a Cubs game at Wrigley. I want to visit the Baseball Hall of Fame in Cooperstown. I’d love to go to the Frozen Four (especially when Miami hockey plays in it again).

I’ve been lucky enough to cross a few things off the list as well. I’ve been to the Olympics (Atlanta, 1996). I’ve seen both the Lombardi Trophy and the Stanley Cup up close and personal. (Although I wouldn’t touch the Stanley Cup with a 10-foot-pole. I’ve heard the stories of where it’s been.) I’ve been to the Pro Football Hall of Fame. More recently, I got to cross a biggie off my list when I attended the NFL Draft in Chicago. 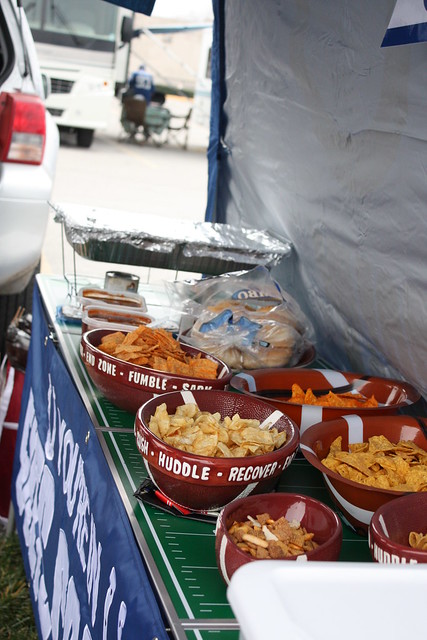 Earlier this summer I was asked to partner with the Indiana Corn Marketing Council and the Indiana Soybean Alliance as an ambassador for the Indiana Corn and Soybean Tailgate of the Year. They’re searching for the best Colts Tailgates around. Of course I said yes, because – hello! – Colts and football food. We’re doing some fun stuff together that I’m so excited to share with you. To kick off the campaign they invited a few bloggers to the Indianapolis Colts preseason game against the Chicago Bears, giving us a unique look at parts of the game most fans don’t get to see. 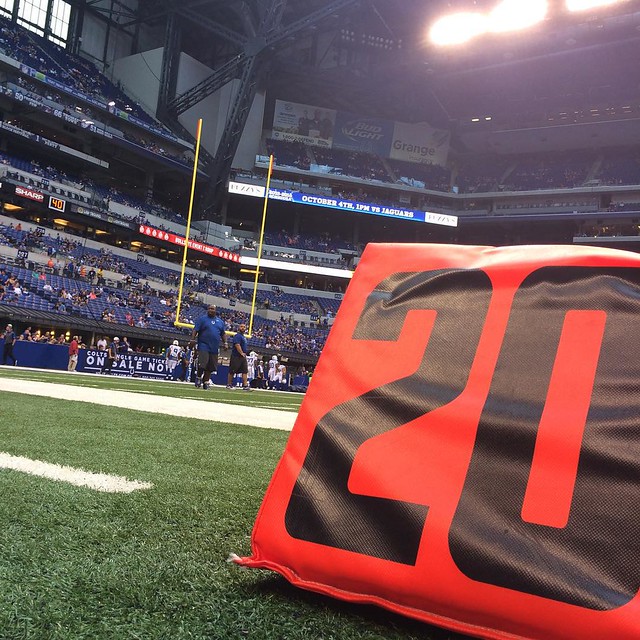 Thanks to them, I was able to cross two things off my Sports Bucket List in one evening. One was something that I’d been dreaming about for years: to have an opportunity to photograph players on the field. Thanks to our Colts host, we were able to spend time on the field during warmups, player introductions, and the National Anthem. 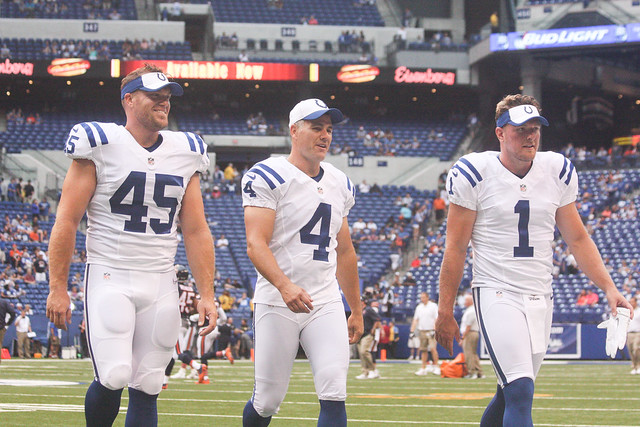 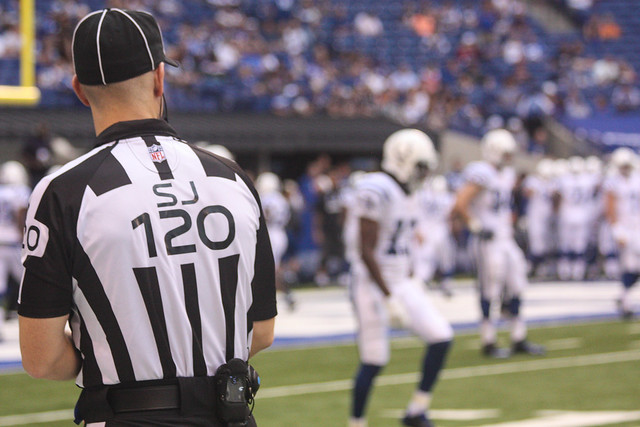 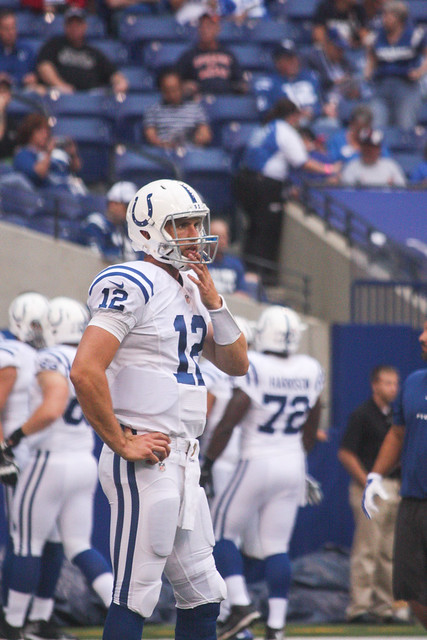 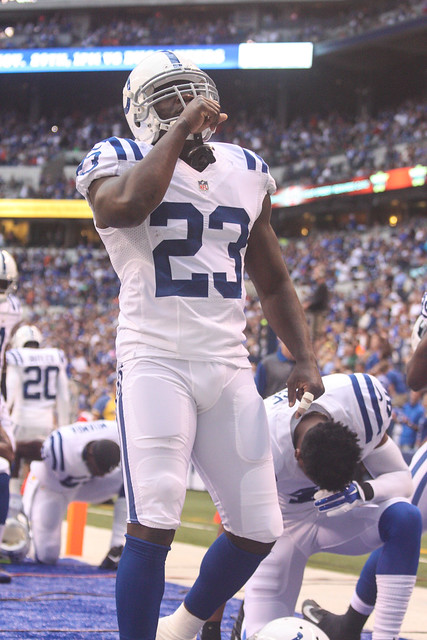 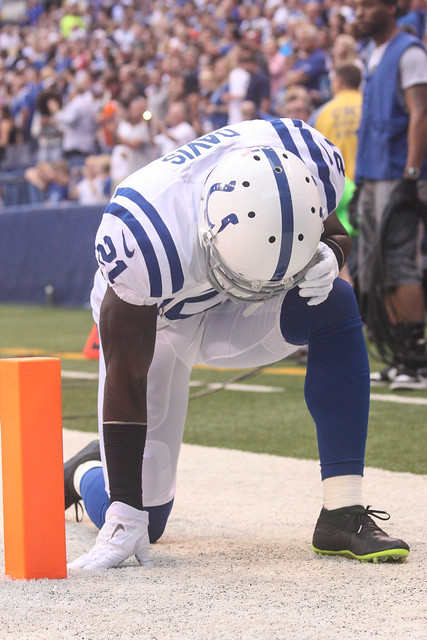 Now, I’m the kind of person that likes to write things I’ve done on lists just for the pure pleasure of checking them off. That’s exactly what I did next with my mental Sports Bucket List. We spent the first half of the game watching the action from the Press Box. 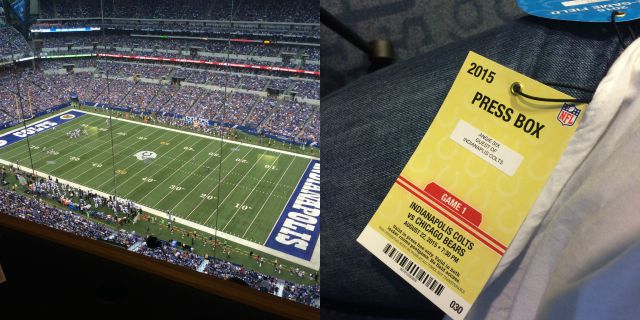 I’m sure a few of my sports writer friends are rolling their jaded eyes at me right now. But when I walked into the press area my head exploded and my heart said “This is home.” Also, there was pie and unlimited Diet Coke. That might’ve had some influence on my head and heart.

The first thing I noticed (after the pie) was how incredibly quiet it is in the Press Box. It’s not a fan’s game up there, it’s a job. There’s no cheering in the press box, just stats and names and eyes on the field. Watching a game from this point of view, I could almost see the Xs and Os as the players moved down the field.

When we lived in Nashville and made attending Predators games a habit, I used to take a portable radio and headphones with me. I enjoyed the entertainment and antics in between plays for the first couple of games, but soon realized I preferred to focus on the game with the crowd noise erased. I wanted to watch the game with my own two eyes and with Pete Weber and Terry Crisp’s play-by-play directly in my ears. Until that evening in the Press Box, I hadn’t felt that focused on game since my early 2000 NHL days. I loved it.

As I left, I couldn’t help taking a quick photo of this fantastic sign. Can I have one to put on my bedroom door at nap time? 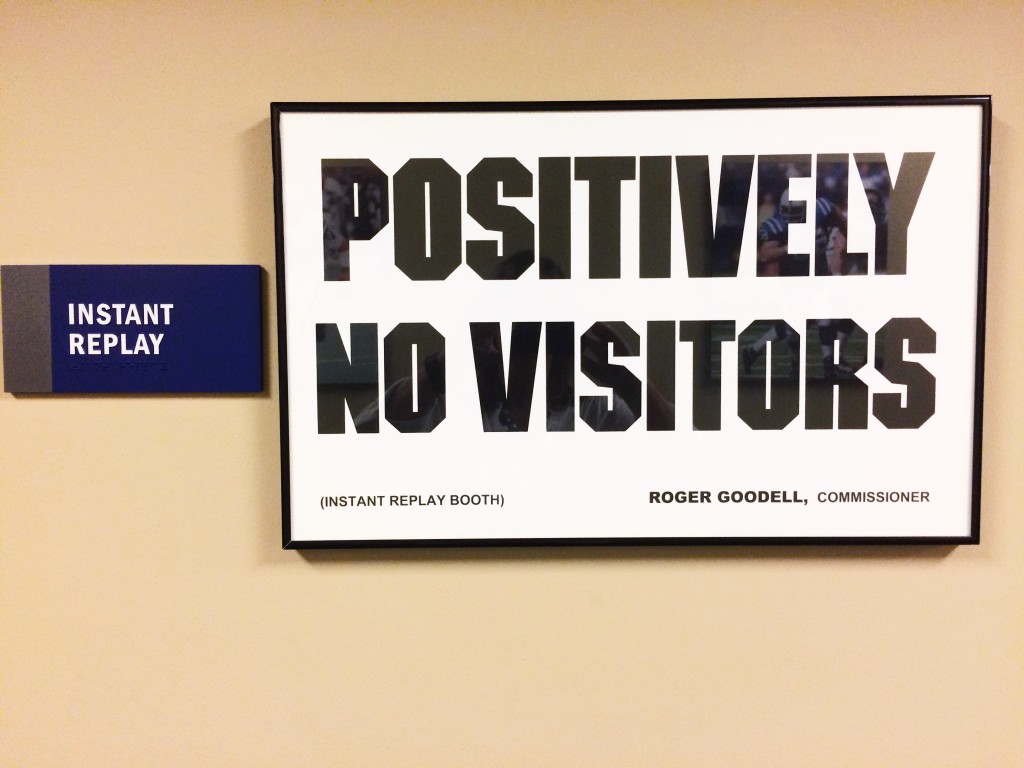 We also had the opportunity to spend a few minutes pre-game chatting with Kalen Irsay, daughter of team owner Jim Irsay and  Vice Chair/Owner along with her sisters of the Colts. I had no idea what to expect, but I walked away from our conversation thoroughly impressed and excited that the team I love has great leadership and vision through female representation. We talked about what it’s like being a female in a traditionally male-dominated League, and how exciting this year in particular is, with both the first female NFL official, Sarah Thomas, and the first female NFL coach, Jen Welter. 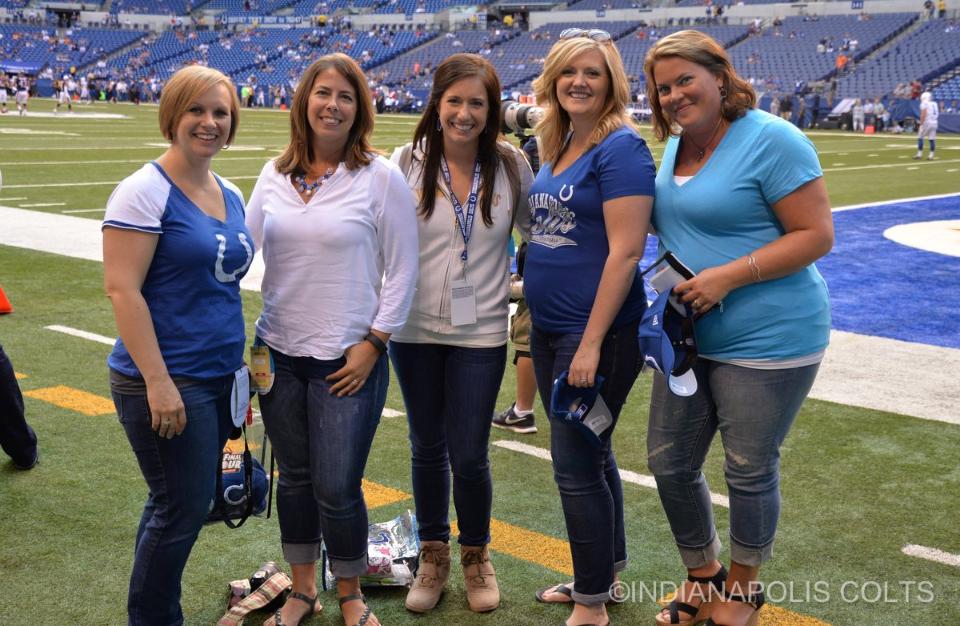 I love the start of the NFL season so much – there’s the buildup of the off-season, the anticipation of what’s in store, of who will be the best story. I hope that whether it’s through food, stories, photography, or all of them together, I can bring some of that football excitement to you this season. Go Colts!