Way back in the early days of blogging, I used to just randomly post funny things the kids would say. I’m not sure why that fell out of favor. Did mommy blogging get too serious? Did my kids stop being funny? I think the answers are yes, no, and Facebook. Sadly, goofy kid stories don’t rank high in SEO or get lots of repins on Pinterest. My kids are still hilarious in my mind, although if Elena says anything funny we’re not aloud to laugh too much and I’m definitely not allowed to write about it. And in the strange way that blogging continues to evolve, I find that I’m more likely to share these kind of snippets on Twitter or Facebook, as opposed to including them in a blog post. The kids these days call it microblogging, and apparently it’s passé to share these kinds of things on anything so wordy as an actual blog.

Well, it might be lame and it might only be amusing to me, but that’s probably been the case with 92.4% of the things I’ve written on this blog from day one. Hasn’t stopped me from oversharing in the last 9 years now, has it? In the spirit of nostalgia and writer’s block, here are a few things that have made me chuckle lately. 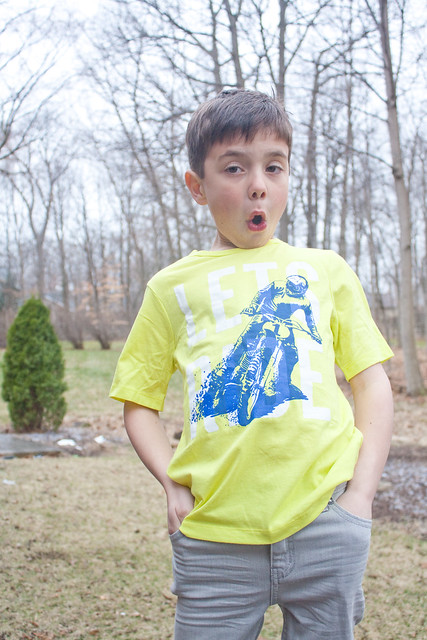 One evening at dinner, we got to talking about middle-school kids and experimenting with illicit behaviors. (I promise our dinner conversations aren’t always so worthy of After-School Special topics.) Does anyone drink? Smoke cigarettes? Smoke pot? This got Eli’s attention.

“Smoke pot?” He said, his face all screwed up in confusion.  “Like smoking chicken pot pie?” 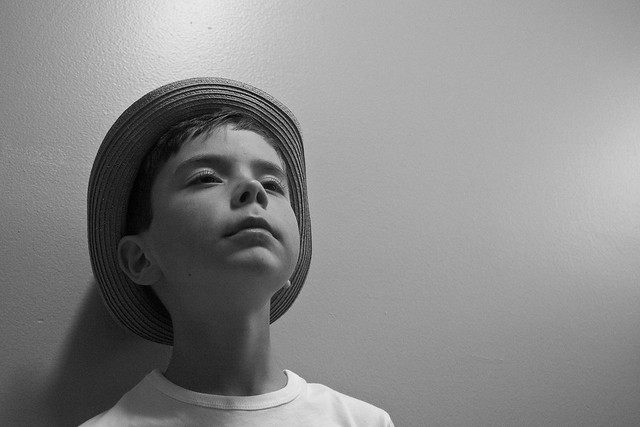 He’s already very concerned about “cigaretting.” Smoking is much more prevalent in Spain, and you could tell it bothered him. It’s a very bad thing, right? We stayed at a guest house in Barcelona where we were mostly on our own, but there was something akin to an “inn keeper” who would be there in the mornings and evenings to keep an eye on the place and be available if you needed anything. She was a pretty, young girl who spoke excellent English. One morning Eli was out on the patio with her, talking her ear off. She lit up a cigarette and he got all serious. He sat down at the table, crossed his arms, and leaned in close: “You know that’s going to kill you.” Oh, those precious American kids! 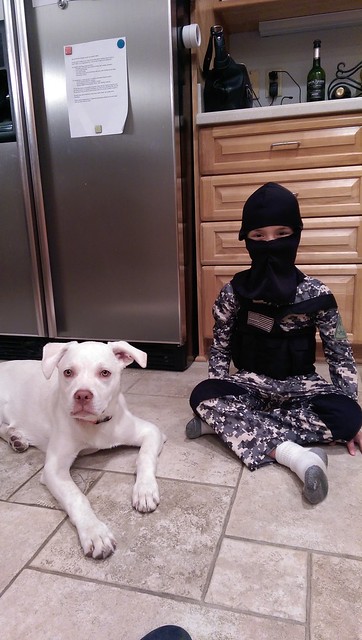 Another day, Elena was goofing around with Gus, and Eli wanted Gus to himself. (Funny, they don’t fight over him when it’s time to walk him. Or clean up his poop.)

“Stop pet-tronizing him!” he yelled at her. “Wait. What does that even mean?” I don’t know buddy, you tell us. 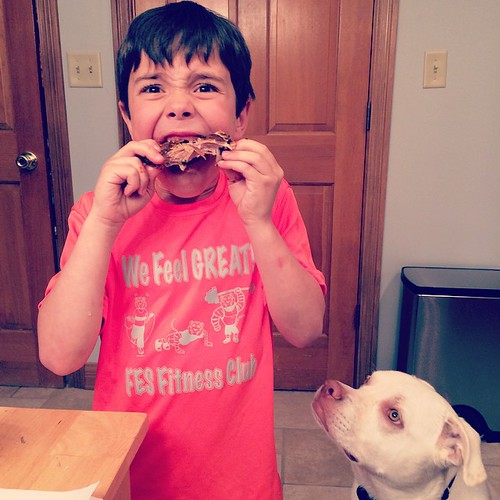 We’re terrible about getting Eli’s hair cut until it’s well past time. It had gotten more than a little shaggy, so at dinner the other night, Mike commented that with the way it was kind of swooped forward, it reminded him of a certain celebrity.

Eli tilted his head, apparently shuffling through his mental catalog of Bieber images. “You mean the Bieber before he peed in the trashcan?” Yes, that’s the one we’re going for.

It’s your turn to amuse me. What’s the goofiest thing your kids have said or done lately?