Last week I reflected our transition from Montessori to public school for Elena, two years after the decision was made.  We are on the verge of making that transition again, but this time with Eli, and at a much younger age.  Many of you have shared how helpful my other posts were, so I thought I would blog about this journey as well.

Eli, like his big sister, has only know Montessori.  Unlike Elena, he started his Montessori experience at a younger age.  Our school offers a Toddler Room, beginning at 18 months.  We jumped at the opportunity not only for the convenience of dropping off both kids at one place, but to introduce Eli to Montessori from an early age. Eli started in the Toddler Room just shy of 18 months.  Can I just start off by saying God bless his teachers?  He still wasn’t walking(!) and he cried every time I left, but they were so loving and patient with him.  By the end of the his first school year a few months later, he was walking and he adored his teachers, especially Mrs. Strantz.  He’d see her coming and yell in his deep, gravelly toddler voice, “STRANTZ!!!!”  He still feels the same about her, 5 years later. Eli’s birthday puts us in a sticky spot when it comes to transitions based on age.  His birthday is August 3rd, always right at the cusp of grade cut-offs.  He turned 3 just a couple of weeks before school started, and along with both his Toddler and Children’s House teachers, we made the decision to move him up into the 3-6 year Children’s House classroom.  After 2 1/2 years in the Toddler Room, he was ready for bigger challenges.

Thanks to the flexibility and child-led environment of Montessori, Eli did very well with the transition.  His age and maturity level presented some challenges with self-control.  His teachers were patient and consistent with him.  The other beauty of the mixed age classroom is that from the very beginning Eli had the opportunity to see the bigger, older kids, which he looked up to so much, model how to be leaders and how to make good choices.  So between his wonderful teachers, the examples of the older kids, and his desire to please (mostly!), he did very well. 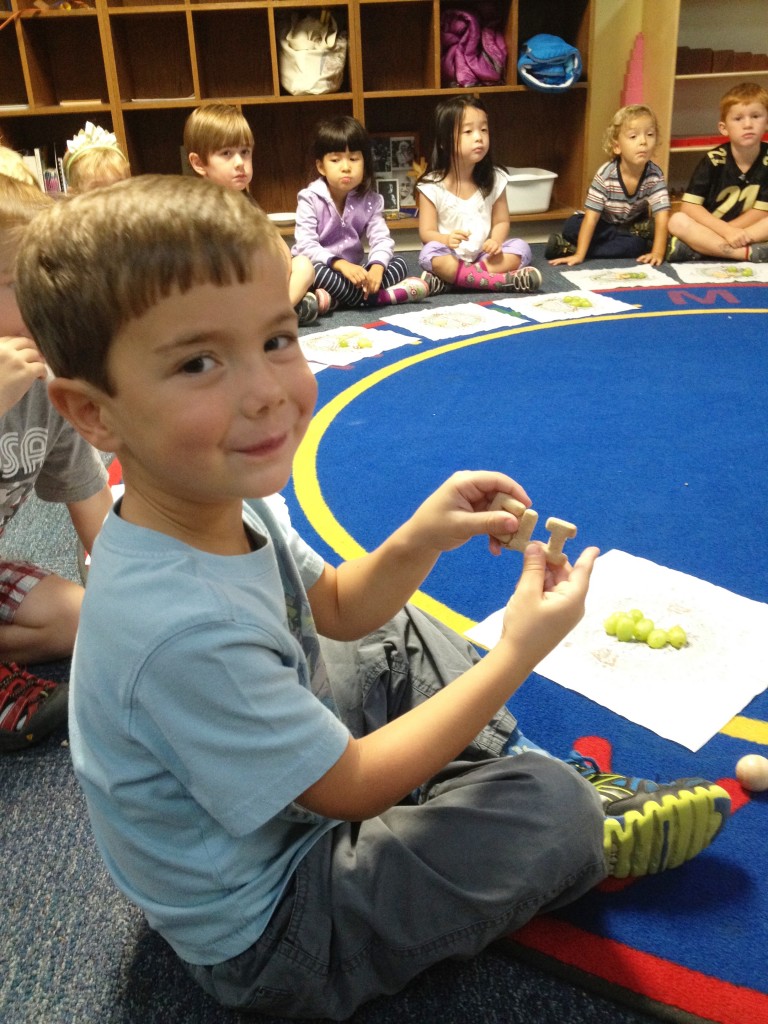 We always knew that Eli would complete the 3-year cycle of Children’s House.  Our big decisions loomed during the last year of that cycle.

We decided at the beginning of the school year that he would continue to attend on the same schedule, 3 full days, for the first semester.  After Christmas we’d switch to a traditional kindergarten schedule of 5 full days.  So essentially we straddled the fence for the pre-K/kindergarten decision.

We needed to decide shortly after the holidays whether or not to continue on with Montessori.  As much as we love the method, and even more, our particular school, we decided that Eli would transition to public school in the fall.  While this isn’t unsual – many families move children from Montessori to public or other private schools after preschool, it happens for a variety of reasons.  We didn’t come to the decision lightly, as we LOVED the education Elena received in her Montessori elementary classroom.  For us, though, it came down to this:

Our final decision was whether to enroll him as a kindergartner or as a first grader.  Based on his age, he made the cut-off for kindergarten last year.  By Christmas, we knew that both academically and in regards to maturity level, he was not ready for first grade.  In case you haven’t noticed, we are also not a tall people!  We felt like an extra year would help him to not spend the rest of his school life being both the youngest and the smallest.  Not that he’ll ever tower over anyone, but still, we could cut the kid a break.

Once we made those decision, we all felt at peace and felt things fall into place.  Since we weren’t striving to get Eli ready for first grade, we kept on with his 3 day schedule.  We both love it.  He is a homebody at heart, so he loves his days “off.”  And for me, preparing to send my baby on to 5 full days next fall, I’m relishing these extra days that are just the two of us.  I know he won’t always long to be right by my side, chattering away, so I will take the time I have.

Eli is also very excited about a new school and the thrill of riding the bus.  It reminds me of when Elena transitioned, knowing that it just felt right.  We considered moving her a year earlier, and it was fraught with drama.  I was upset and Elena cried frequently, worried about leaving her friends and a new school.  A year later, she was ready.  I knew it in my gut and she left Montessori wistful, but excited about new opportunities.  In a way that reminds me that kids are wise and know themselves well, Eli will say, “I’ve been at Montessori a long time.  I’m ready for something new.”

Coming from a kid who cried every time I left him anywhere or with anyone new for the first three years of his life, this confirms what we know in our hearts.  We love Montessori, but we’re ready for a new journey.

I know every transition has its challenges, and I know we’ll have some difficult days ahead as we navigate a new school and new expectations with a boy is is very different from his big sister.  I will continue to share our experiences along the way in hopes that it helps any other families out there facing the same decision.

If you have any questions for me, ask away!  And if you’ve walked this path before, please share your story and your advice for us! 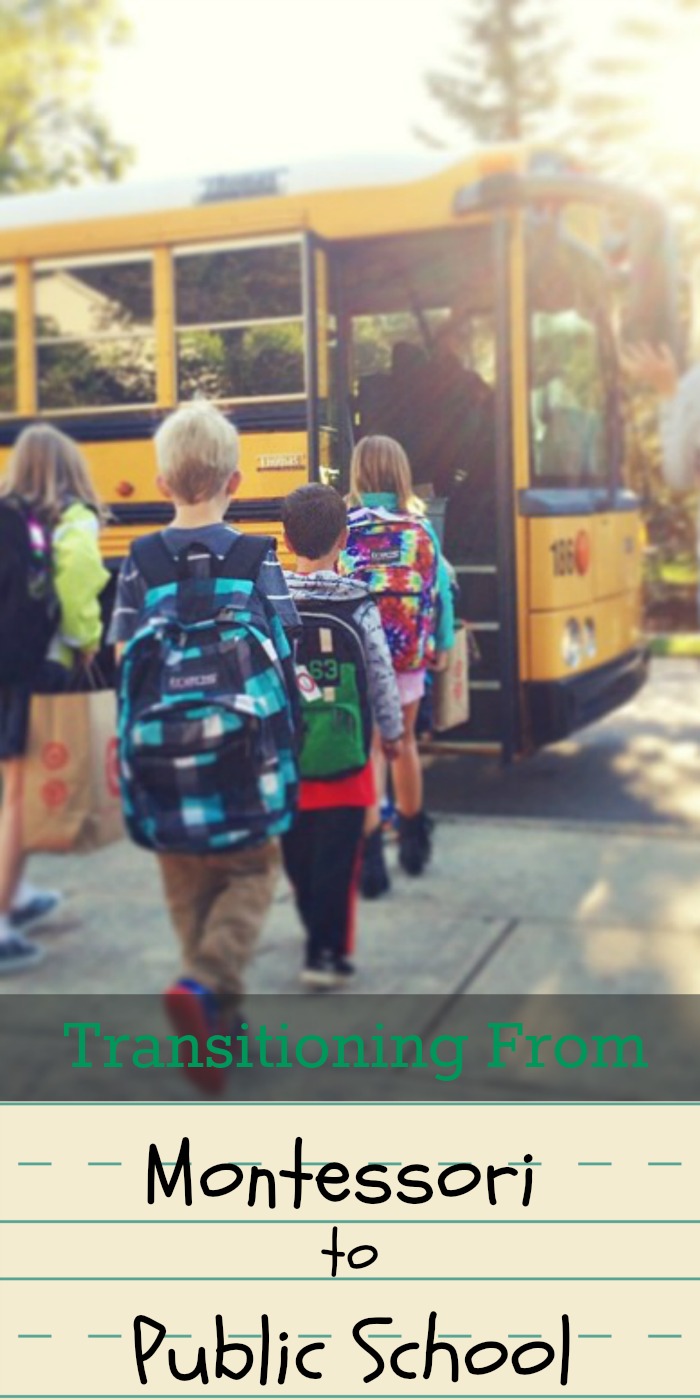