All year long I’ve shared my reads with you, but now we get to get down to the good stuff: the best books of 2016. In order to make the lists manageable and catered to your interests, I’m breaking down the year’s best reads into three categories: Best Fiction, Best Non-Fiction, and Best Middle Grade/Young Adult. One thing to note: my Best Of lists consist of the best books I read in 2016, but is not limited to books published in 2016. Okay then, let’s talk kid lit!

I’ll Give You the Sun

When I read the last sentence and closed this book, I took a deep breath. I knew it would take me some time to come to terms with it (in the best way possible). If you had asked me at different points in the book what I thought, I would have given you three different answers. In the first third of the book I was slightly confused and more than a little worried. Both the format and the writing style took some getting used to. Told from the perspective of twins Noah and Jude, the story alternates both in narrators and timing. Noah tells the before, when the twins are 13 and everything they know about life and each other seems to be changing. Jude narrates the period 3 years later, after their world is torn apart. Nelson has the uncanny ability to write straight from a teen’s brain. It was confusing at first, but once I dialed into it, I loved it. This was my pick for book club and I was feeling anxious that I’d made a terrible choice! In the middle of the book, after getting used to the writing style and getting deeper into the story, I was hooked. And the last third of the book? I couldn’t stop. It’s been a long time since I was so absorbed in a story that I knew I couldn’t sleep until I’d finished the book, but that’s exactly what happened with I’ll Give You the Sun. I literally gasped out loud at one point, and was sorely disappointed that, at 1 in the morning I didn’t have anyone to talk about the book with! I sobbed at the end, as Noah and Jude make each half of their story whole in a desperate, last-ditch attempt to remake their world.

Salt to the Sea by Ruth Sepetys

Salt to the Sea taught me about an epic historical event I knew absolutely nothing about (and I bet you don’t, either). In this historical fiction novel for young adults, we learn about the terrible tragedy of the Wilhelm Gustloff. Arranged by the Germans, the ship was to be salvation for over 9000 German refugees fleeing the Soviet army. Instead it was sunk by Russian torpedo, resulting in the largest loss of life in a single ship history. And I’d never even heard of it. Told in alternating viewpoints as several characters make their way to the ship, it’s a riveting and heartbreaking story. It came highly recommended and I now know why. It’s marketed for teens (and content makes it best for 14 and up), but it’s so solidly written and researched that any fan of historical fiction, regardless of age, will enjoy it.

Teen crushes, Dolly Parton, small town Texas, and an over-the-top beauty pageant … what more could you ask for in a delicious YA book? I stole this one from Elena’s book shelf and devoured it faster than one of the red candy suckers hunky Bo leaves for Willowdean in her locker. Willowdean is used to not fitting in and she’s fine with it. Being the overweight daughter of the town’s former Miss Teen Blue Bonnet winner is Willowdean’s claim to fame, and she’s happy to not draw any more attention to herself than that fun fact already does. The pageant is her mom’s thing, who’s gone from crown-winner to crown-giver as the head of the pageant. Willowdean is comfortable in her own skin and in being the sidekick to her cute best friend, until the attention of Bo and a rift with her BFF leave her unsure about everything. She can think of only one way to get her confidence (and maybe her best friend) back: entering the Miss Teen Blue Bonnet Pageant. Willowdean and the charming characters of Clover City, Texas won me over in the first few chapters. This book deserves a tiara of its own!

Jessie is floundering. In less than two years her life has been turned upside down. Her mother died. Her father eloped to a widow he met online. And now, in an effort towards new beginnings, her father moves them from Chicago to LA to live with their new family. It’s all going wrong and Jessie can’t fit in to save her life. Then she gets an email from someone calling themselves Somebody/Nobody (SN). SN seems kind and helpful, offering to be Jessie’s guide to her new school and everyone in it. But should she trust SN? Does SN really have her best interests at heart, or is this just another cruel trick played by classmates? Things get complicated as Jessie begins to have feelings for SN, just as she’s getting a small foothold on her new life.

This is exactly the kind of YA I love: smartly written, but not too serious; funny, but not silly. I’m also finding I have a new appreciation for books set in LA now that I’ve been there. I took this book to the beach with me and it was perfect for reading in short bursts in between sunning and swimming.

This Is What Happy Looks Like by Jennifer E. Smith

More like This is What Fluffy YA Fun Looks Like. Smith’s book read like a modern-day version of my tween/teen daydreams: Quiet girl-next-door strikes up flirty (yet completely anonymous) relationship with boy via email, thanks to one mistyped character in an email address. Boy, who happens to be world-famous teen-heartthrob, figures our where girl lives and convinces the producers of his next big movie to film on location in girl’s small town. Will they fall in love in real life? Can they survive jealous friends, meddling agents, and keep their relationship under wraps? OH, THE DRAMA. But it totally works and I loved it. Elena loved it, too.

You guys, I did it! I finally read Harry Potter! I don’t know why I waited so long, but you can bet it won’t take me as many years to read the rest of the series. I read the first book as my pick for “A book chosen for you by your spouse, partner, sibling, child, or BFF” in the Modern Mrs. Darcy Reading Challenge. Both Mike and the kids have been begging me to read the books for years. Since finishing the first book, I also got through The Chamber of Secrets by listening to the audio version on our way to the beach. The audio versions, narrated by Jim Dale are fantastic. My goal for 2017 is to finish the series (I’m on Book 4). I’m hoping if I finish them next year and I’m very, very good, I’ll earn myself a trip to the Wizarding World of Harry Potter in 2018!

When You Reach Me by Rebecca Stead

Mysterious, nuanced, sad and relatable … those are just a few of the words that come to mind after finishing When You Reach Me. I read this aloud to Eli, and we both found ourselves wanting to read just one more chapter to get us closer to figuring out the many mysteries in Miranda’s life. Will her mom win the $20,000 Pyramid? What’s up with the Laughing Man? Why does her best friend, Sal, suddenly want nothing to do with her? And most troubling, who is leaving letters for Miranda and what will happen if she ignores them? I remember Elena trying to read this one on her own in 4th or 5th grade and declaring it “too creepy” to finish. It does have a dark side, but when read aloud and given the opportunity for discussion I think it’s perfectly appropriate for 3rd grade and up (although Eli did groan at the mention of kissing).

I want to give Vanderpool all the gold stars for writing a book that manages to grapple with tough subjects (autism, PTSD, grief, and adolescence) beautifully through relatable and endearing characters. Jack Baker is adrift in his new boarding school in Maine. A grieving Midwest boy struggling to fit in, he finds a friend in the most unlikely of boys, Early Auden. They set out together on the Appalachian Trail together for very different reasons, learning valuable lessons about friendship, trust and the deepest kind of love. I read this aloud to Eli and we were both hooked. He loved the plot line of two boys on a quest, while I swooned over some of the best writing and dialogue I’ve found in a middle grade book.

The Crossover by Kwame Alexander

I’ve never read anything like this Newbery Medal Winner by Kwame Alexander. Written in verse,  a genre that I would typically pass over. But it came highly recommended, and I thought the topic (basketball) would appeal to Eli. We both loved it. It made us laugh, think and talk about some tricky issues regarding relationships, and cry. Alexander tells the story of twins Josh and Jordan. They both love basketball and they’re fantastically good at it, thanks to passion, genetics and the coaching of their father (a former professional player). Junior high brings big changes to the boys and their relationship: girls, competition, rivalry and worries about their father’s health. Their struggles and their story would be compelling on its own, but the writing style takes it to another level. I’d recommend this book to just about anybody (I bet the audio version would be fantastic!), but I’d enthusiastically put it in the hands of reluctant young male readers.

The Tale of Despereaux by Kate DiCamillo

Kate DiCamillo is a master at writing books for children that adults will love. She’s also extremely gifted at writing books that make wonderful read-alouds. Despereaux the mouse may be small (even if his ears are extremely large), but he is mighty and brave when it comes to his love for the Princess Pea. Nothing can stop him from rescuing her – not the deep, dark dungeon, the rats, the butcher knife, or his own family’s betrayal. But it’s in the journey in which he learns what’s really important: love, loyalty and soup. Eli wasn’t captivated by the first couple of chapters, but I urged him to give it a few more nights of reading … and he was hooked. We especially love the character of Miggery Sow. Not only is she fun to read as a narrator, but she speaks to the heart of what all children want: to be heard and seen. 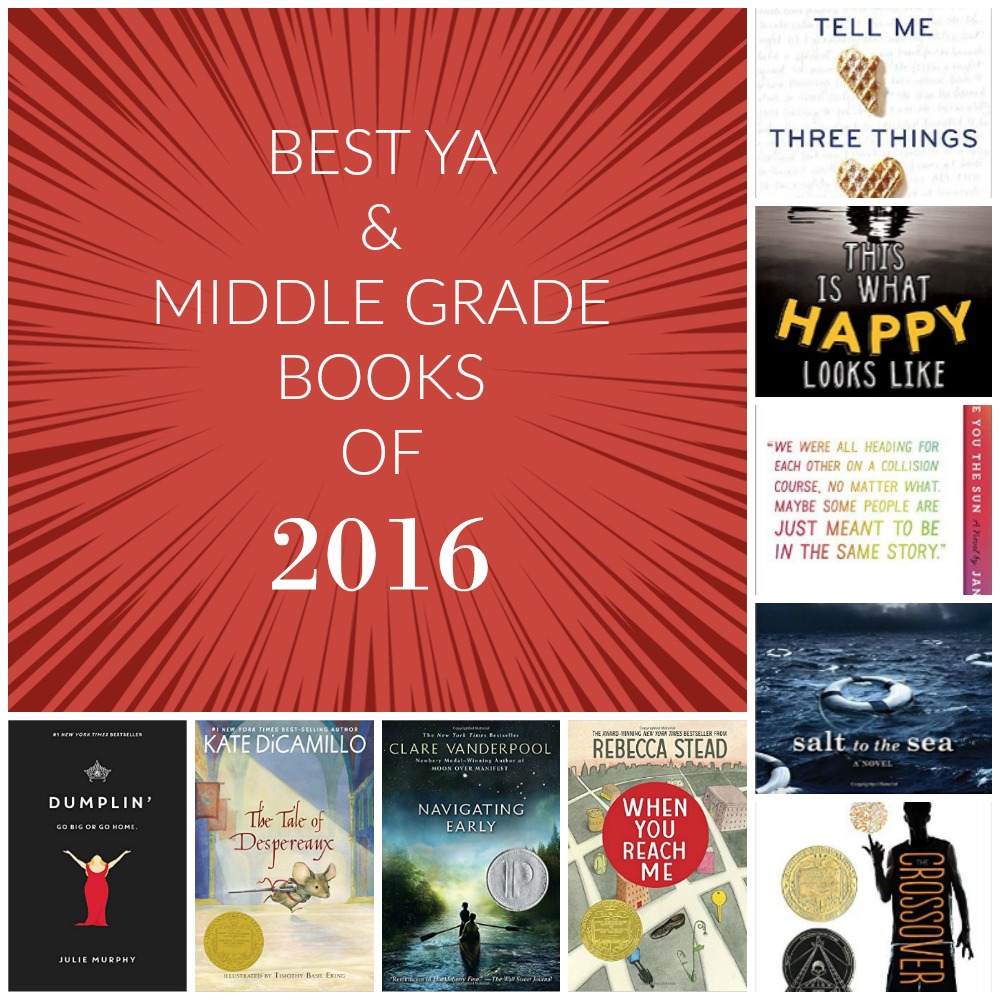