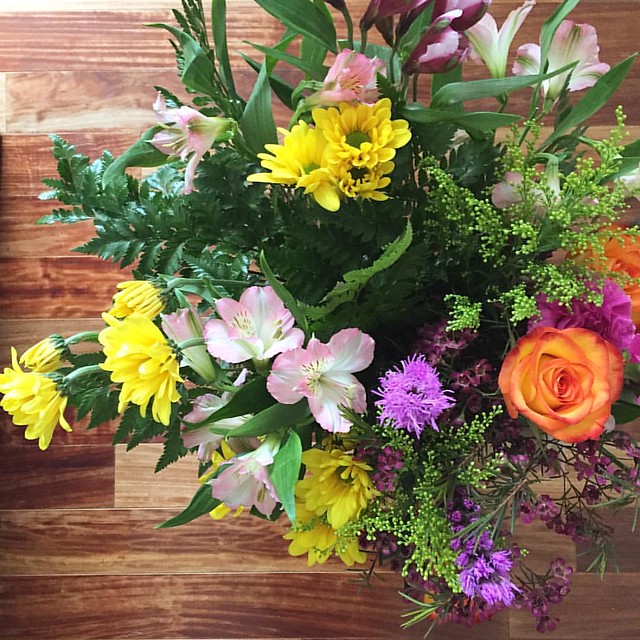 Mike and I celebrated 19 years of marriage this week, the same age we were when we first met. It wasn’t love at first sight, and we didn’t marry our best friend, but dammit – we make a good team. If our marriage was a person, it would be an adult now. It could drive a car, vote, and go to war.

As we raise our own teenager, I can’t help but reflect on this second half of marriage. I’m realizing that as our marriage leaves its teen years behind and we begin our third decade together, our marriage has grown up. Just like raising a kid, the changes are subtle. I didn’t wake up and think, “Oh glorious day! We’ve been through so much, and our marriage is perfect now!”

No, the first time I really thought about it was after we’d had an argument. I couldn’t even tell you what it was about – we argue over a lot of stupid stuff, along with a handful of some big stuff. (I’m very suspicious of people who say they never argue with their spouse. These same couples also seem to have sex multiple times a week after years of marriage and have never had a conversation with their spouse while the other one is pooping.)

The argument was resolved without any slamming doors, whatevers, or a prolonged period of existing with each other while doing everything we could to pretend the other person wasn’t actually there. (If that doesn’t describe at least twenty arguments you’ve had with your spouse, you may want to move along. Nothing to see here.) Soon after, Mike commented that he was happy that we were at a place where we could argue and get through it without hating each other for the next three days. Here’s the crazy thing: I was thinking the exact same thing.

Somewhere along the way our marriage had grown up to the point that we were able to fight fair. Lord knows we’ve had lots of practice, but being able to hash out grievances without name-calling or dropping totally unrelated emotional bombshells on your partner is a game-changer. It doesn’t mean we just call each other out willy-nilly. Instead it means that there is room for all kinds of growth and hope for our future – and that’s a beautiful thing when you hope to spend another few decades together.

Part of not calling each other out for every little petty thing has been learning to let go of control. After nearly twenty years of marriage, we have a pretty good idea of what our individual strengths are. Knowing that the other person is better suited to handle certain things didn’t mean the other person didn’t feel compelled to micromanage or share their (unsolicited) opinion. I’ve noticed in the last couple of years, though, that we’re both more comfortable with letting each other be responsible for handling certain things and being okay with keeping our hands off of those things.

At the same time, we’re getting better at not tuning out completely. Yes, Mike pays the bills and reconciles all the expenditures against our checking account. I used to let this be his completely, to the point where I’d let my receipts pile up and hiss at him if he tried to enter them into the budget for me. But once he showed me exactly what he does, and how difficult the job can be if you get too far behind, I understood where he was coming from. It’s still his domain, but I can be as helpful as possible to make the job easier and grateful that he does this task for me. I’m in charge of the kids’ schedules, from dentist appointments to rugby carpool and homework routines. But it’s not cool to have a clueless spouse, and so we worked together to figure out a calendar system that we both use and check routinely. He may not ever need to take a kid to the doctor, and he may not be responsible for getting home in time to get Elena from her choir rehearsal, but he knows when it happens and appreciates the time I spend getting everyone where they need to be any given day.

The other big thing I’ve noticed as our partnership has matured has been the most important thing of all. More often than not, we speak well of each other in front of others. In the infancy of our relationship, this didn’t seem like a big deal. Of course we would gush about each other! We chose each other for all these amazing reasons, and don’t you want to hear about each and every one of them? But then someone won’t un-ball their socks before putting them in the dirty laundry even though you’ve told them it makes you want to stab someone, and the other person keeps trying to sneak weird stuff in your food and changing perfectly good recipes, and GOD, CAN YOU BELIEVE I MARRIED SUCH A HEARTLESS IDIOT?

We struggled with this for so long, often using each other’s “quirks” as fodder for conversation with other couples. It’s passive-aggressively amusing for the one doing the talking, humiliating for the other. And for what purpose? I’ve yet to change any of my annoying ways because Mike told that “hilarious” anecdote over dinner with friends. Once we stopped doing it (mostly), it made me realize how terribly awkward it must’ve been for everyone around us. Once you’ve been the couple on the receiving end of one of these exchanges, where you’re not sure if you’re supposed to laugh or tear the offending a spouse a new one, you think long and hard about calling your partner out.

That doesn’t mean if you invite Mike and I over for drinks that we’re going to fawn all over each other and tell you how wonderful the other person is. Nineteen years is a long time to come up with reasons we’re not so wonderful. And also, we’ve seen each other poop. But we will try our best to follow the sage advice of Thumper, and if we can’t say something nice about each other we’ll change the subject or suggest tequila shots. And because we aren’t each other’s best friend, we each have a small handful of trusted friends with whom we can vent when we absolutely need to.

If that sounds terribly difficult (and believe me, I know in some seasons of marriage it truly is), try to take a step back and see your partner as others see them. Up close we all have faults, and no one knows them better than the person we married. Step away, and suddenly you’re able to see them in a completely different light. 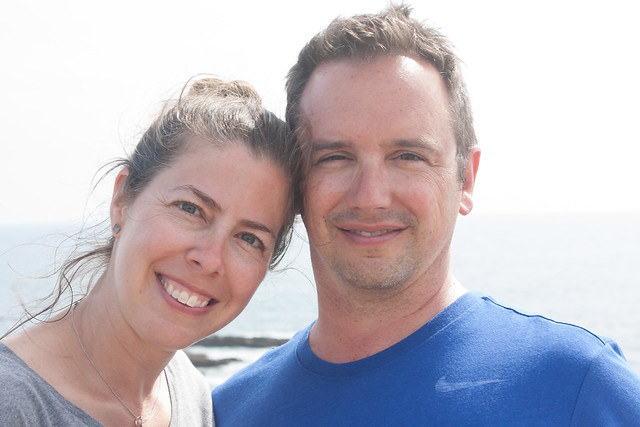 Happy anniversary, Mike. Thanks for giving me a place to sit and a warm bowl of Kraft Mac and Cheese when I got locked out of my apartment 22 years ago. You’ve been keeping me safe and cozy ever since, and I’m so very glad.