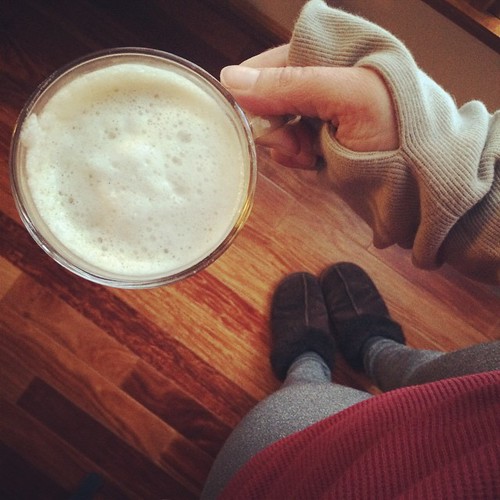 These are my first thoughts upon waking up to my alarm:

Can I fit in a nap today? How many hours until it’s socially acceptable to go to bed again tonight?

Now, it’s no secret that I love to sleep more than, well, just about anything. But I think there’s something more going on here.

I think I wake up de-coffee-nated.

That’s not a typo, nor is it to be confused with decaffeinated, because I’m not sure it’s the actual caffeine at work. There’s something else hiding in my cuppa joe. The thought of a big, icy glass of Diet Coke doesn’t give me a reason to get out of bed in the morning the way coffee does.

My de-coffee-nated self can barely face the day. It doesn’t matter if I get 6 hours of sleep or 10, the de-coffee-nated inner voice is the same. It sounds like Eeyore and looks like Bill Murray about three-quarters of the way through “Groundhog Day.”

There’s no way any of that stuff is getting done today, de-coffee-nated Angie says to her to-do list. Never mind that at 6:20 in the morning the only task on my to-do list so far is “Get dressed.” 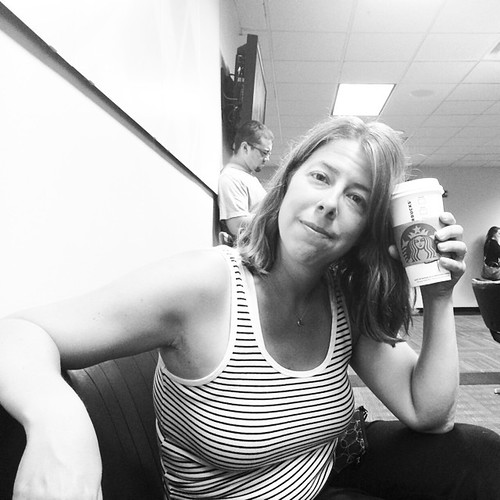 The single thing that propels me forward is the knowledge that there are children that won’t leave the house and give me a few hours of peace and quiet unless I nudge their equally lethargic bodies out of bed and out the door. That, and coffee. These are the only two things my de-coffee-nated self is able to manage at this ungodly hour: grunting at children and making the coffee.

Something just short of miraculous happens as I pour that first cup of coffee and slowly drink it down. After two sips, I look around as if a dark shroud has been lifted. After a quarter of a cup, I can look at my to-do list and add something more productive, like put on pants that require buttoning. After half a cup, I’m speaking in full sentences. And when the first cup is gone? I’m ready to rule the world. Or at least make a grocery list without having to lie back down for a few minutes.

Somebody buy me this

You’d think I’d know better than to listen to my de-coffee-nated self, that I’d realize I just need a few minutes longer than most folks to get my head straight for the day. But nope. This exact scene repeats itself every. damn. morning.

Mike swears I’m addicted, and for the longest time I fought him on it. I can quit coffee! I just need a hot beverage! But that’s a big, fat lie. In fact, that sounds an awful lot like something I’d say after my second cup of coffee. 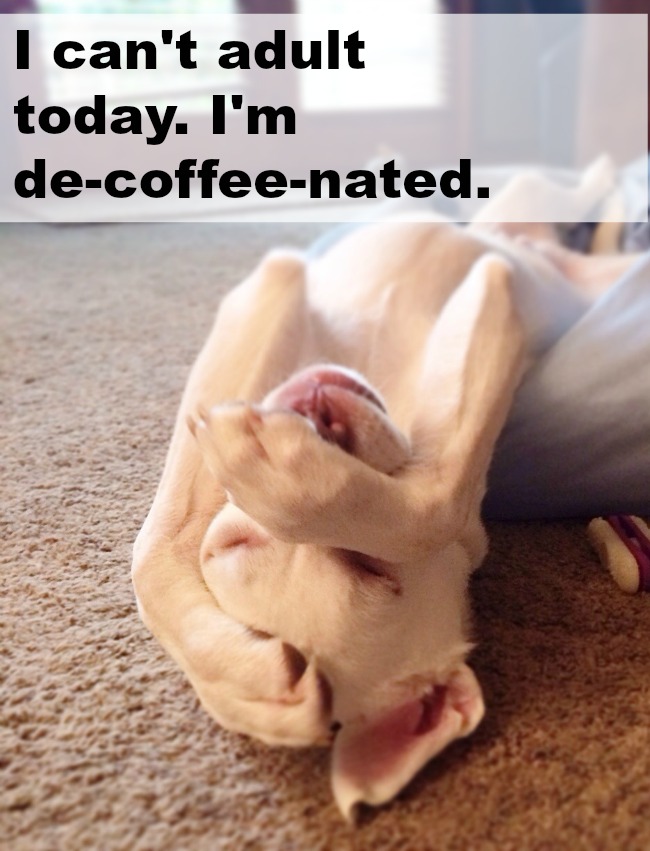