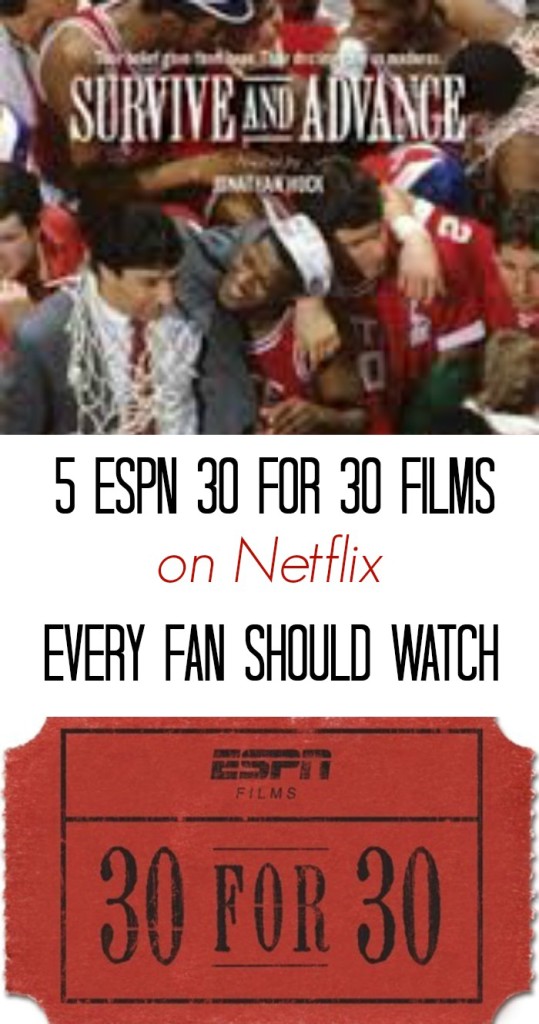 These are dark times, my friends. Football is over. There are no Winter Olympics on the horizon. As much as I’ve tried, professional baseball does nothing for me, nor does the NBA. Other than the brief buzz from March Madness, there’s not a lot of this sports fan to get excited about until August.

How, exactly, does a fan like myself get through these seasons of darkness and gloom? Netflix and pints of Chocolate Peanut Butter Ice Cream. That’s how. Specifically, by streaming ESPN’s 30 for 30 series and Oberweiss.

Have you ever watched any of the 30 for 30 documentary films? Even if you think you’re not a sports fan, these stories will suck you in. If you think you don’t care about the story, you will. If you think you know the story, you don’t. The subjects, the storylines, the cinematography … they’ll grab you. I can’t tell you how many times Mike has put one on, and I’ll be puttering about, minding my own business. Something will make me stop, listen, and watch for just a minute. And the next thing I know the credits are rolling.

There are over seventy 30 for 30 titles, and many of them are available to stream on Netflix. To help you know where to start, here are my 5 favorite 30 for 30 films and 5 more I’m excited to watch.

Ohio State head coach Jim Tressel and Maurice Clarett had a history together before either ever set foot on the Ohio State campus. How did their moments of glory quickly turn to disgrace? This is what 30 for 30 does best: take people you think you know everything about and give you never-before-seen insight into their story. It completely changed my perception of both men.

If you struggle to understand how athletes who make so much money can screw it up so completely, so quickly, you need to watch this film. You’ll learn just how easy it is to watch a small fortune disappear, especially for athletes who went from having nothing to everything without any guidance. Shortly after I watched this film, I asked the Colts’ Pat McAfee and Mike McGlynn if any of the aspects of the film resonated with their own experiences. They each had mind-blowing and heartbreaking stories to tell from their own personal experiences as well as those of their teammates.

I adore the late Jim Valvano, and could watch his ESPY speech every day. Survive and Advance tells the story of NC State’s unbelievable 1983 tournament season. Get your tissues out, guys and girls. It’s a weeper.

As much as I feel that I know so much about the NFL’s current crop of players, I realize I have much to learn about the game’s former greats. I had no idea what went on behind the scenes during the 1983 NFL Draft, and how four of the six quarterbacks taken in the first round would eventually lead their teams to Super Bowls. This is a nail biter, even though we know how it all turns out, with great interviews from everyone involved.

The Birth of Big Air

I dare you to watch as BMX rider Mat Hoffman launches himself into the air and not feel your pulse quicken and your blood pressure rise. Extreme sports and the X Games are what they are today because of what Hoffman and his peers started.

To say I’m not a fan of the NBA isn’t completely true. My interest waxes and wanes, depending mostly on the cast of characters playing for the Indiana Pacers. In the mid to late 90s, it was a great cast, and I loved them all. But none as much as Reggie Miller. (We do love our Reggies in Indy, no?) I can’t believe I’ve never watched this film, and I’m looking forward to revisiting some great basketball memories. 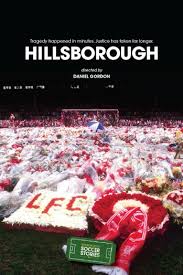 After getting swept up in the World Cup last summer, as well as spending time in soccer-crazed Europe, I’d like to know more about the game and its history. Hillsborough tells the story behind the tragic events of April 15, 1989, when 96 people were trampled and crushed to death during a match at Hillsborough Stadium in Sheffield, England.

My interest in hockey has lessened in the years since we left Nashville and its NHL team, the Predators. We went to so many games while we lived there, though. (Thank you, $10 NHL tickets in the nosebleeds!) The highlight was watching the great Wayne Gretzky play in person. King’s Ransom tells the story of the 1988 trade of Gretzky from the Edmonton Oilers to the LA Kings.

The Price of Gold

My Twitter feed was off the hook when this 30 for 30 aired, telling the story of the 1994 attack on Olympic figure skater Nancy Kerrigan. Tonya Harding, long blamed for her part in the crime, tells her side of the story.

This is What They Want

In 1991 I was a ball girl at the RCA Tennis Championships in Indianapolis. Good heavens, why have I never written about my former ball girl* career? I must! And I will! But … that was also the year that a fading Jimmy Connors made an improbable comeback in the US Open. The RCA Championships immediately preceded the US Open, and I had the unique privilege of being on the court for Jimmy’s run through our tournament. He was full of joy, but he still retained that competitive fire that made you more than a little scared he’d throw a racket at you. I’m watching this one with the kids.

Have you ever watched any of the 30 for 30 films? What’s your favorite?

* Yes, I was a ball girl for 3 years, and a damn good one. You know how the best refs in the NFL get the Super Bowl? Same for ball kids, and I worked the championship match for 2 of my 3 years. I worked matches for Boris Becker, Jimmy Connors, Pete Sampras, Andre Agassi, and Jim Courier. So many stories. I promise I’ll write about them someday, including the time I got stuck under the scoring sign on national television.