It’s becoming somewhat of a comical ritual around here, these sessions where I sit down to write. Every morning begins with the best of intentions. I’m going to write today! I say, in my best go-getter voice. And for the most part, I do.

I write a lot for other people. Whether it’s freelance work or for The Risky Kids, I’m often writing content nearly every day. But writing good content isn’t the writing of the soul. I miss that. You know what else I miss? Writing pointless banter. Writing about stuff like the time last I took Gus through the drive-through of Starbucks with me.

“I like your pit bull!” the barista chirped, as I pulled up to pay for my chai tea latte made without full-fat milk or Oprah in it.

“Oh, this dog? You mean this lab-husky mix?” That’s what I want to say, anyways, in a feeble attempt to cover up for our dog’s unpopular breed line.* I’ve given up saying it, though. It’s come up often enough, and whenever I counter with the lab-husky response, I get the look. The one that says, “Mmm-hmm. And that purse I bought in Chinatown is a Louis Vuitton.”

Anyhow, before I can recover from the pit bull comment, the unfazed barista wants to know if Gus wants a “pup cup.” I’d never heard of such a thing, but after confirming that it wasn’t going to cost me another $4.95 to go along with my overpriced beverage, Gus was treated to his very first Starbucks. And I will treat you with this:

I miss writing about my kids. Writing stuff like the time a few weeks ago when Elena said she was going to “make it rain.” 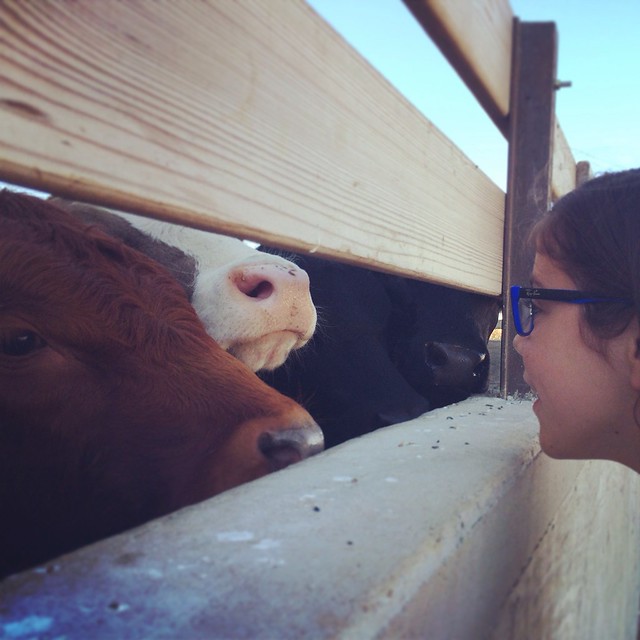 (If you’re too old for the Just Say No campaigns, this will make no sense to you. That, or if you friend your brain on drugs. Or it just won’t make sense, but I really wanted to use this picture of Elena conversing with cows.)

“Do you know where that phrase comes from?” I asked. Thankfully, she didn’t. But that didn’t stop me from telling her to ask her father. Or when Gus got into her room and ate a $20 bill, leaving only Andrew Jackson’s face as evidence of the crime. “Congratulations, Elena!” I said the next day. “You’re now the proud owner of a dog that shits money.” In neither situation was she amused … can’t say the same for myself. Or that time in the car last week, when Eli told us he had a girlfriend in the neighborhood. A girl who just happens to be his best buddy’s best girl.

“Is this a problem? Are you guys going to fight over her?”

“No,” he said. “We’ve got it all worked out. The first one to kiss her gets to have her as his girlfriend. Cuz, you know, you can’t share love.” 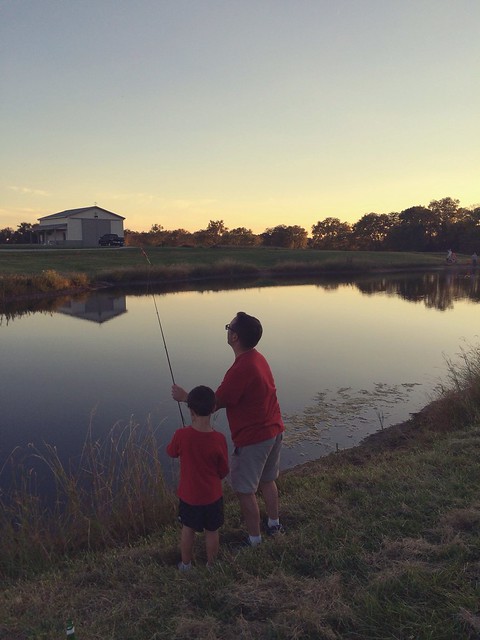 I miss writing that stuff just as much as I miss writing from the soul. But for whatever reason, every time I sit down to write either one, I close up. Suddenly, my coffee needs refreshed. The clothes need folded. That picture on the wall looks a little crooked. What was that noise on the deck? I should investigate.

I don’t know why it’s that way (although I’ve never been so caffeinated or so well-stocked in clean underwear, and my house looks fabulous!), but I do know the only way to fix it is to write straight through it. And so I’m just warning you, things could get ugly around here. There might be a lot of pointless banter about dog escapades. Or my fantasy football team. Or about that time we got walked in on the other week (and why you’ll continue to see sponsored content on here now and then, to pay for Elena’s therapy after witnessing that). I don’t even know, but I do know that no matter what comes out, I need to just write.

In my heart, I know it’s not pointless. It’s why I started in the first place, for one. To record, to remember, and to share my voice. But mostly I know it’s not pointless because I read so many other blogs. And while my Pinterest boards appreciate all the recipes, tips, and crafty ideas, the stuff that really inspires me is the same as it’s always been: the words. Not the content … the stories. It’s not pointless to me, and somedays it’s that one thing you wrote that makes me stop in my tracks and catch my breath. Somedays it’s that one funny story you shared that took my mind off that thing that was killing me with worry.

I hope every once in awhile I can do that for you. And so, I wrote today.

* We don’t actually know Gus’ exact breeding. I  mean, he’s a rescue dog, which means he’s a hodge-podge of everything, most likely. Everywhere we go, though, people think he’s a pit bull. Honestly, he could be part badger and we’d still love him. He’s one sweet pup.