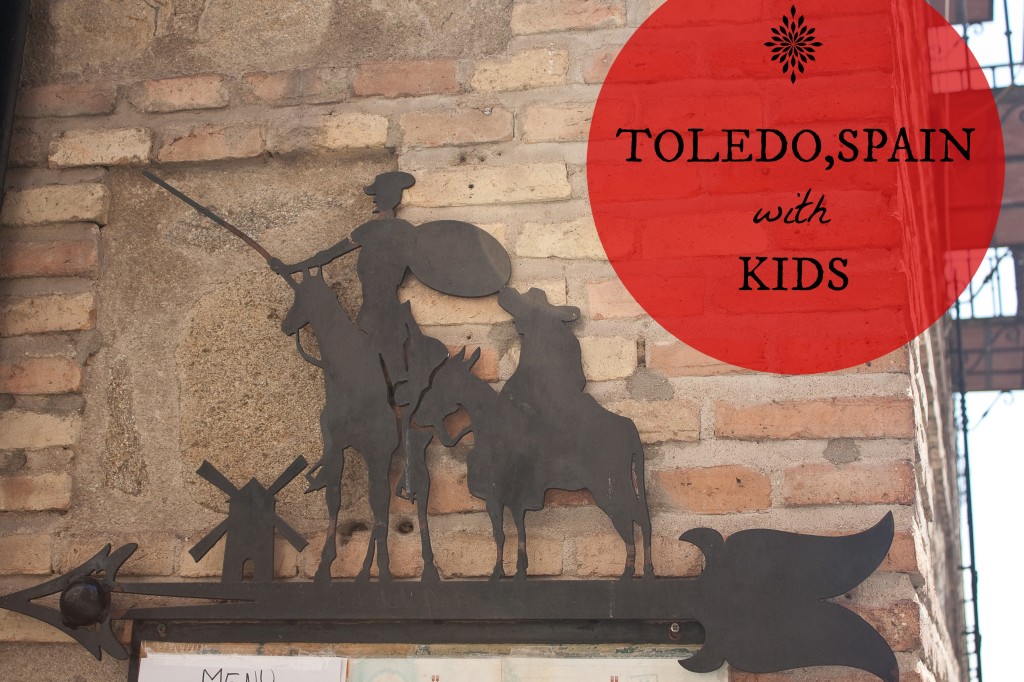 When we first sat down to plan our month in Spain, I had grand visions of visiting every region of Spain. And then reality set in. A month is a long time, allowing much more time and opportunity to travel than the average tourist, but still … you just can’t see an entire country in a month. At least not while traveling with kids and trying to maintain your sanity.

Once I came to terms with reality, I had to pare down the list of places I’d deemed “Must Visit.” This was especially hard for our time in Madrid. Madrid is an excellent base for taking day trips to some of the coolest cities in Spain. You’re at the hub of some wonderful and affordable transportation options by train or bus. You can easily rent a car, and while I wouldn’t drive in Madrid if my life depended on it, traveling by car in Spain is very easy. Within a few hours of Madrid, you can visit Segovia, Toledo, El Escorial, Avila, Cordoba, and Salamanca.  With only four days in Madrid, and lots of coming and going in our near future, I had to narrow it down to one day trip. Toledo, with its beautiful views, stunning cathedral, history of weaponry, and delicious sweets was the winner. Clearly Toledo had something for everyone in our family!

We arrived by car around 10 am. It’s nearly impossible to park in the old part of the city (where you’ll most likely be visiting), and even if parking was plentiful you’d still be crazy to navigate the narrow, winding streets. We watched in utter disbelief as a garbage truck backed its way into one street, leaving roughly the width of a cat’s whisker on either side of the truck and the building walls. 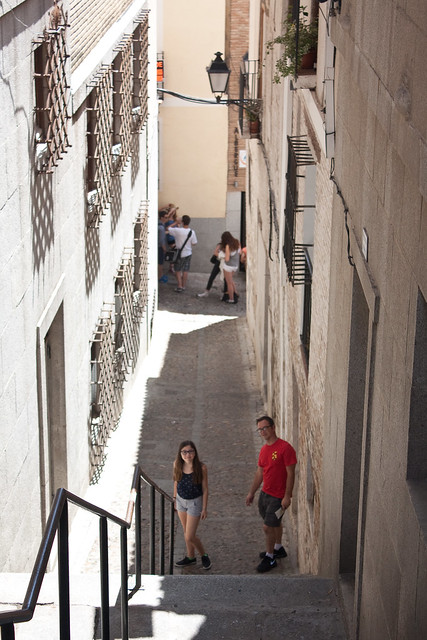 Be sure to grab a map of the city at the Tourist Information (TI) office, but also be sure to get lost at some point. You won’t regret it. Toledo isn’t huge, and the gift of wandering the “wrong” way and exploring the side streets is one you won’t forget. Knowing our time and window of energy with kids was somewhat limited, we planned to visit three attractions. 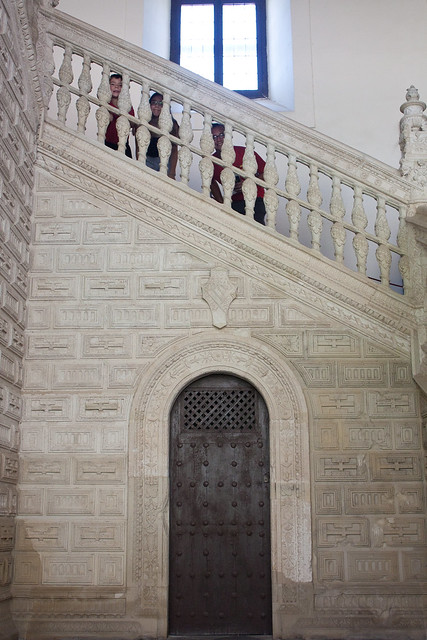 First up was the Museo Santa Cruz. The draw here is the world-class collection of El Greco paintings. We happened to time our visit with the 400th anniversary of the death of El Greco. That sounds cool, but what it meant for us is that we didn’t get to see many of his best-known paintings. While they’re normally on display for all to see, in honor of the anniversary the museum was hosting a special exhibit featuring them, and the tickets were already sold out of the day. 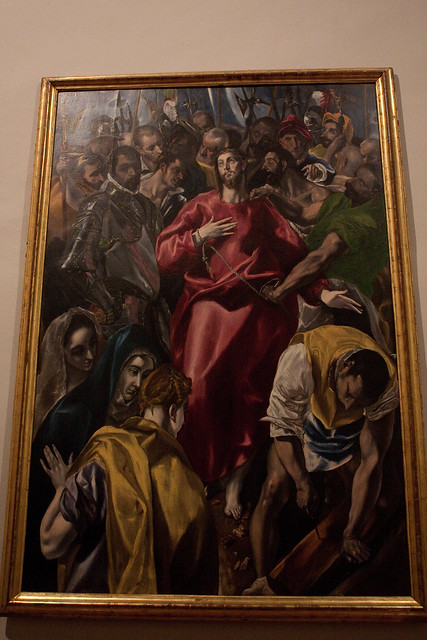 The museum wasn’t a bust in any way, though. It has an extensive collection of artifacts from prehistoric and Roman times. Elena had just wrapped up a study of the Romans in school, so she really enjoyed seeing things she’d read about. She declared this museum as her favorite part of Toledo. We did get to see a few El Greco paintings, along with a gorgeous display of Spanish tiles. The courtyard isn’t too shabby, either. 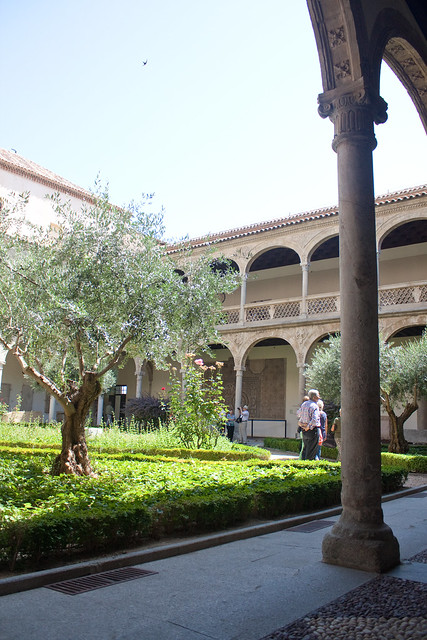 Be sure to look out the window in the room with the tile exhibit. You can still see the damage from the bullets that flew from the building across the street during the Spanish Civil War. 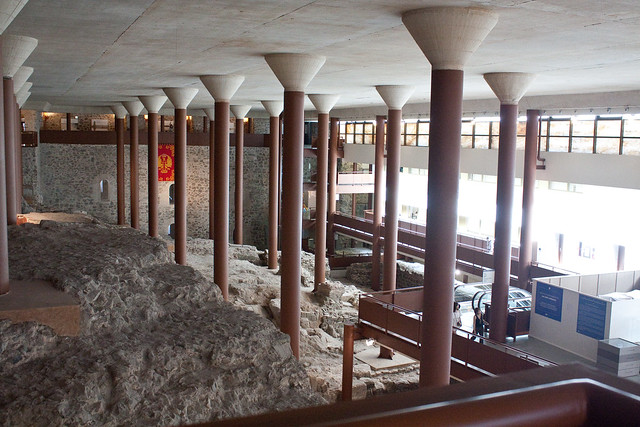 Next up was Eli’s favorite museum: Museo del Ejército (the Army Museum). Toledo is known for its swords, and there must be a thousand swords in this museum, along with every kind of gun, knife, cannon and armor you can imagine. In other words, a 6-year-old boy’s dream come true. 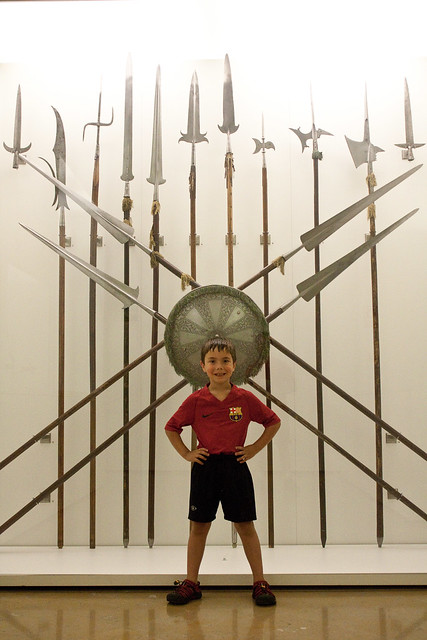 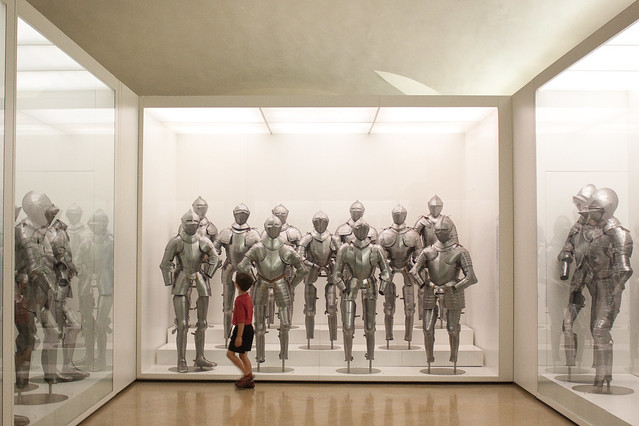 We saved the best attraction for last: the cathedral. 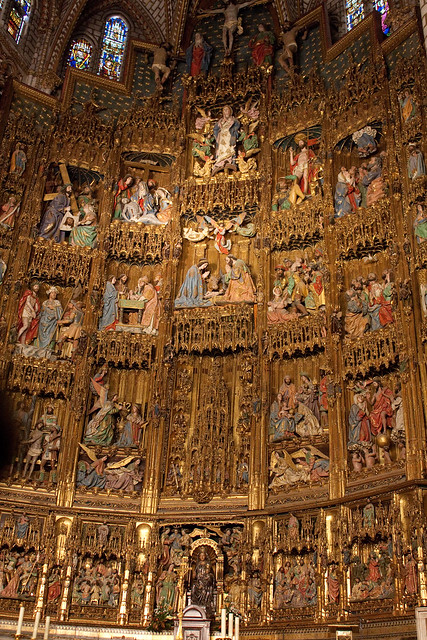 We knew we wouldn’t be torturing the kids with visits to one cathedral after another in Europe, so we wanted to make sure we saw one of Spain’s finest. It didn’t disappoint. 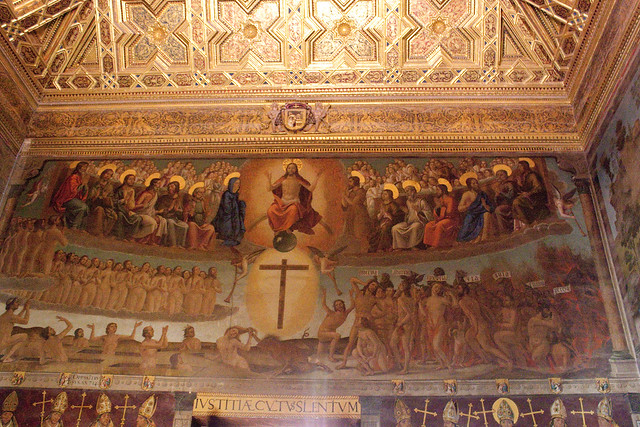 Okay, let me clarify: it didn’t disappoint the adults. Perhaps we should’ve visited here first, before the kids were dog tired. Perhaps there’s no hope for 6-year-olds to ever enjoy a cathedral. Pausing to read some of the interesting bits in Rick Steves’ guidebook

did help some, but the kids simply weren’t fans. That didn’t stop Mike and me from walking around with our jaws on the floor, though. 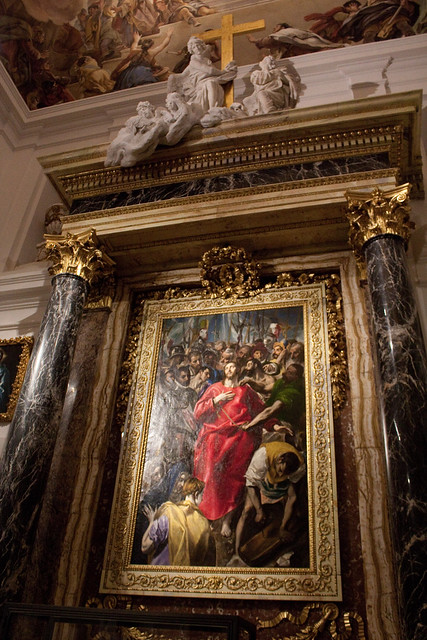 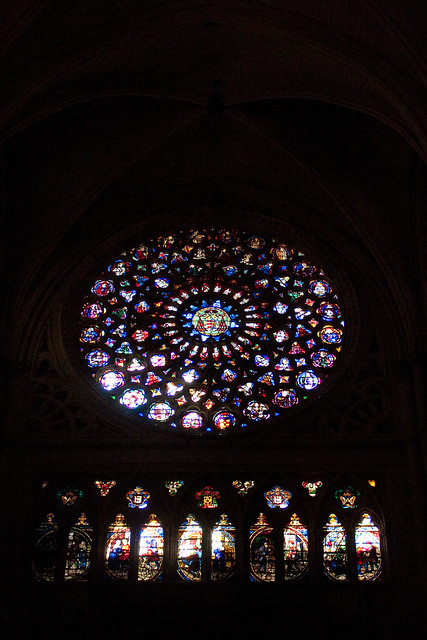 So to sum up Toledo …

How much time should you allocate? A full day is plenty, especially with kids. Toledo is about an hour south of Madrid by car or bus, 30 minutes by train.

Must-see: Definitely the cathedral, and anything by El Greco. 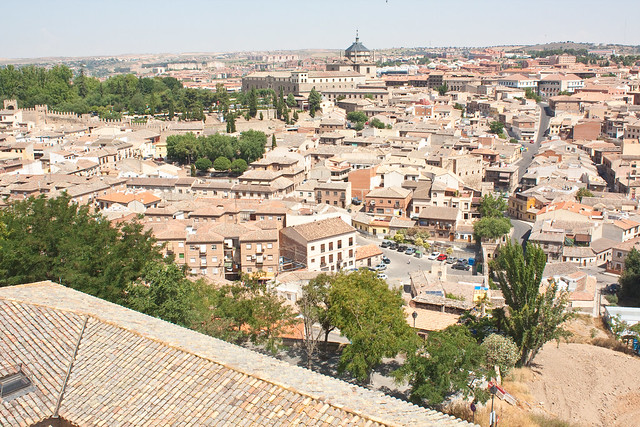 Best tip: If driving, park in one of the underground parking lots just outside of the old city on the north side. Yes, you’ll pay, but the car will stay cool and you’ll be steps away from where you want to be. That won’t seem like much when you get there, but at the end of the day you’ll thank me. You get the added bonus of taking the world’s longest escalator ride up to the city (Eli, who is mildly obsessed with escalators, declared the ride up these “the best day of his life.” Cathedral = boring, escalators = best thing he saw in Europe. Sigh). There’s a saying that all of Toledo is uphill, and after a day of walking around there I believe it. Our poor, American legs, as of yet unaccustomed to all of the walking, were jello by the end of the day.

Best Things We Ate: I really, really wish I could name a fantastic restaurant or tapas bar for you to eat at in Toledo. I’m almost embarrassed to admit what we ate for our main meals: Mexican and McDonalds. I know, I know … The Mexican was merely a snack, to hold everyone off until we got through the Army Museum and could eat a proper meal. However this was our first lesson in the cardinal rule of eating in Spain: DO NOT MISS THE LUNCH WINDOW. We did, and at 3 pm found ourselves starving and with nary a place open to eat. Except McDonalds or Burger King. 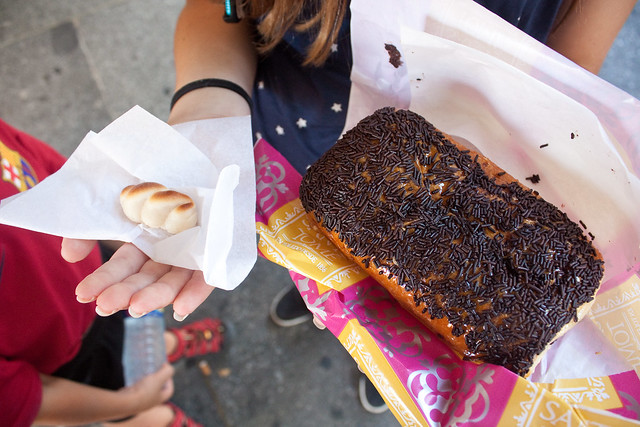 I can, however, recommend a sweet treat you must try: the mazapán, a candy made from sugar or honey and almond meal, Toledo is well-known for it. We got ours at Santo Tomé, across from the Plaza Zocodover. Grab a few pastries from there while you’re at it. Your belly will thank you. 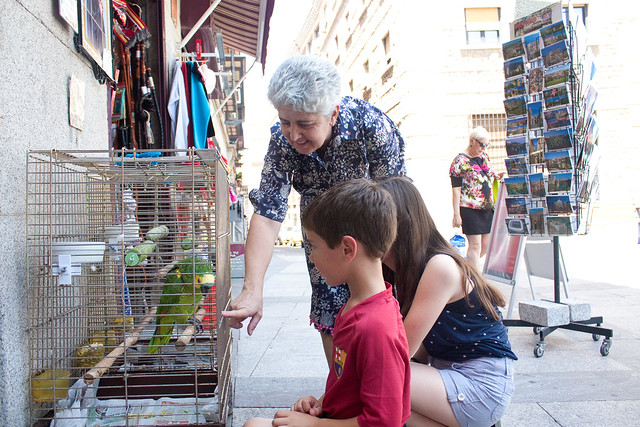 ¡Hasta luego, Toledo!  Next up: a trip to the land of Harry Potter! We fly to London on Ryanair and live to tell about it.