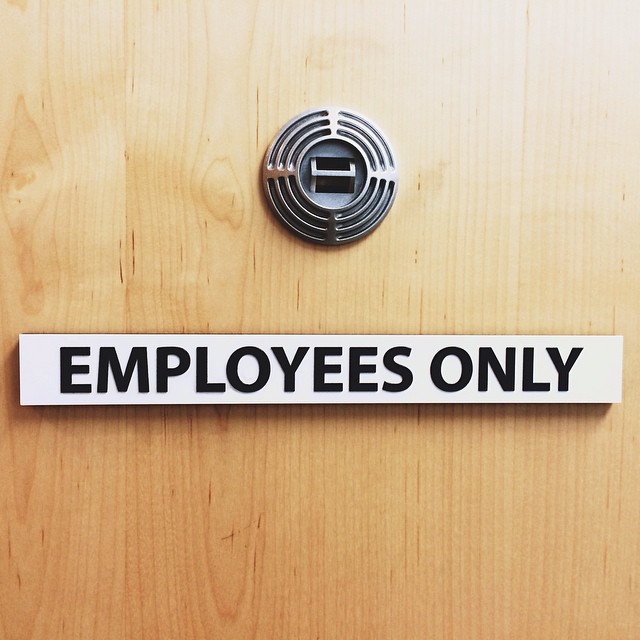 A little over 3 years ago, I read a snippet in the paper that Indianapolis was getting a Container Store. I’m not sure if “squee” was a word yet (did it appear before or after “selfie?”), but if it was, that’s what I did. I’ve loved The Container Store as a consumer for a very, very long time, from the days when I only had a dorm to organize.

I never intended to go back to work when I did, but the opportunity to work for The Container Store, a company that has been included in the Fortune 100 Best Companies to Work For 15 years in a row, was too good to pass up. I wanted to be a part of something special, a company that stands for something, and I wanted in at the very beginning.

It’s not easy to get hired at The Container Store. As part of their Foundation Principles, they believe that 1 great person = 3 good people, and the interview process proves it. I had four interviews for my part-time job before I was hired! What that means in practice is that I’ve spent the last 2 1/2 years working alongside some of the best, brightest, hard-working, funniest, and kindest people I’ve ever met. When you walk into The Container Store in Indianapolis, and someone in a blue apron greets you? I promise they are the best of the best, some of my favorite people in the world. 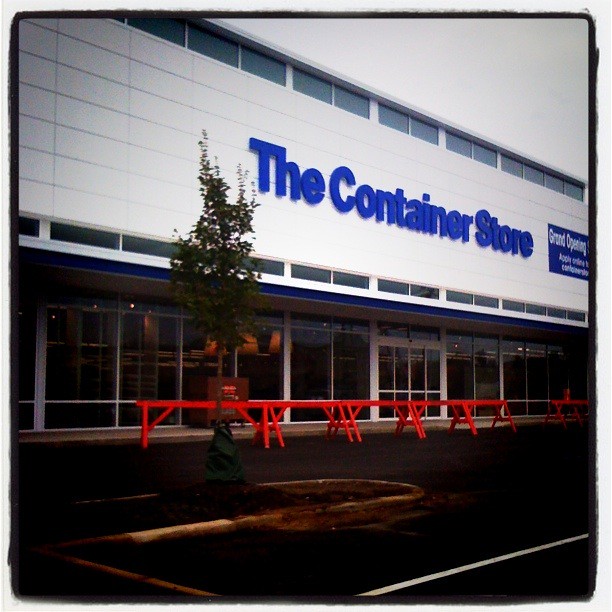 Just as I never intended to go back to work when I did, I certainly didn’t intend to turn in my apron last week. But things are changing, both for Mike and me, professionally. They are changing in the best of possible ways, but sometimes that means letting go of things you love. And for me, that meant that I had to say goodbye to working at The Container Store.

Everyone jokes about how much I’m going to miss that discount (And believe me, I will! It’s a damn good discount.), but it’s the people that I’m going to really miss. You’ll have to forgive me, because I’m about to go faux-Oscar speech on you, but I can’t say goodbye without giving a very special message of thanks to the motley crew of coworkers that made up our merchandise processing team.

Nearly every Wednesday for the last 2 years I’ve spent my evenings sweating, swearing and laughing with my team. It’s not an easy task. We have roughly 3 hours to unload a semi-truck. There are tiny boxes. There are giant boxes. If we’re lucky there are lots and lots of pallets. And stack baskets. Mountains of teetering, won’t-stay-put stack baskets. It could be miserable (and sometimes it is). But for some crazy reason, I looked forward to these late night shifts more than any other. I’ve never laughed so hard at work as I have with these people. Week in and week out, we opened up those truck doors and thought, “Impossible.” And week in and week out we made it happen, and we had fun doing it. You learn a lot about a person when it’s midnight and they’re covered in sweat and swimming in cardboard. And I learned that these are great people.

It might not seem like a big deal. After all, it’s just a store. But it’s a store that matters to a lot of people, and it’s a job that my coworkers take a lot of pride in. I have no idea what opportunities lie ahead for me, but I will always be grateful for the opportunities I was given at The Container Store, and the friends I made while working there. I’ll miss you guys. The stack baskets? Not so much. But you TCS people? You’re the best.