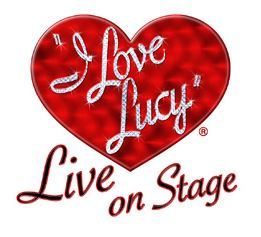 This giveaway is now closed. Congratulations to the winner, Heather W.!

This post is sponsored by the Bohlsen Group, who generously provided the tickets for the giveaway as well as tickets for myself to attend.

There are some television shows that are timeless.  Sure, they may show their age as you watch the reruns … June Cleaver’s pearls and heels, the Brady’s split level with shag carpeting, Jerry Seinfeld’s giant cordless  phone.  But once you get past that, you’re left with shows that still have heart, still make you laugh, and still have a relevant story to tell.

“I Love Lucy” is one of those shows for me.  It was already well past its time when I first watched it as a child, but I could still relate.  I heard Ricky and I heard my mother, her accent throwing people off, sometimes getting the words wrong.  I watched Lucy and Ethel and I saw that you’re never too old to have a best friend and a willing accomplice.  I laughed at Lucy, getting herself in a pickle over and over again, and was relieved to know that even grownups don’t always know what they’re getting themselves into.  And then there are the scenes that are burned into memory … Lucy and Ethel in the chocolate factory, Lucy stomping grapes, Lucy trying to sell Vitamegavegamin.  Classics.

So naturally I’m thrilled to hear that the characters I love are returning, this time to the stage.  The national tour of I Love Lucy® Live On Stage is making its Indianapolis premiere at Murat Theater at Old National Centre February 11-16, 2014.  I Love Lucy® Live On Stage is  adapted from the iconic television show.  This time around, audience members are transported back to 1952 as members of the Desilu Playhouse studio audience as  Lucy, Ricky, Fred & Ethel tape two beloved episodes of the I Love Lucy show: “The Benefit” and “Lucy Has Her Eyes Examined.” How fun is that?!

Ticket prices start at $25.00 and will be available at the Old National Centre Box Office, all Ticketmaster outlets, Ticketmaster.com, OldNationalCentre.com and by phone at 800-745-3000.  Thanks to the Bolhsen Group, I have a 4-pack of tickets to opening night (Tuesday, February 11) to give away!  Just use the easy Rafflecopter widget below to enter.  And if you don’t enter? You got some ‘splainin to do!

Giveaway will end on Sunday, February 2, 2014.  Winner will be notified via email and have 48 hours to respond or another winner will be chosen.  Winner will need to be able to pick up their tickets at the Bolhsen Group office in Indianapolis.