For the last week or so, Elena’s been acting weird.  Or, at least, wierder than usual for your average tween.  We’re slowly getting accustomed to the mood swings, the tears, the grumbles and grunts.  But this week found Elena at the PC nearly every free moment.  Now, that alone isn’t suspicious.  Girl loves her screens, and it wouldn’t be unusual for her to want to spend hours perfecting her Minecraft worlds.

But this was different.  She didn’t want us coming anywhere near the computer.  There were hushed conversations with friends while she furrowed her brow at the screen.  Because I am my mother’s daughter, I naturally went to dark places.  She’s met an internet predator!  She’s started her own gambling ring! She assured me she was working on something “big and important,” something she couldn’t wait to share with us.  My anxiety level went down, as I realized she was probably just developing her own Pinterest boards.

On Saturday night Mike and I were escorted into the office for a serious presentation.  What unfolded over the next ten minutes will go down as both one of the strangest and most awesome parenting moments ever.

All those hours in front of the computer had gone into creating a PowerPoint presentation entitled, “Why I Should Have a Cell Phone.” 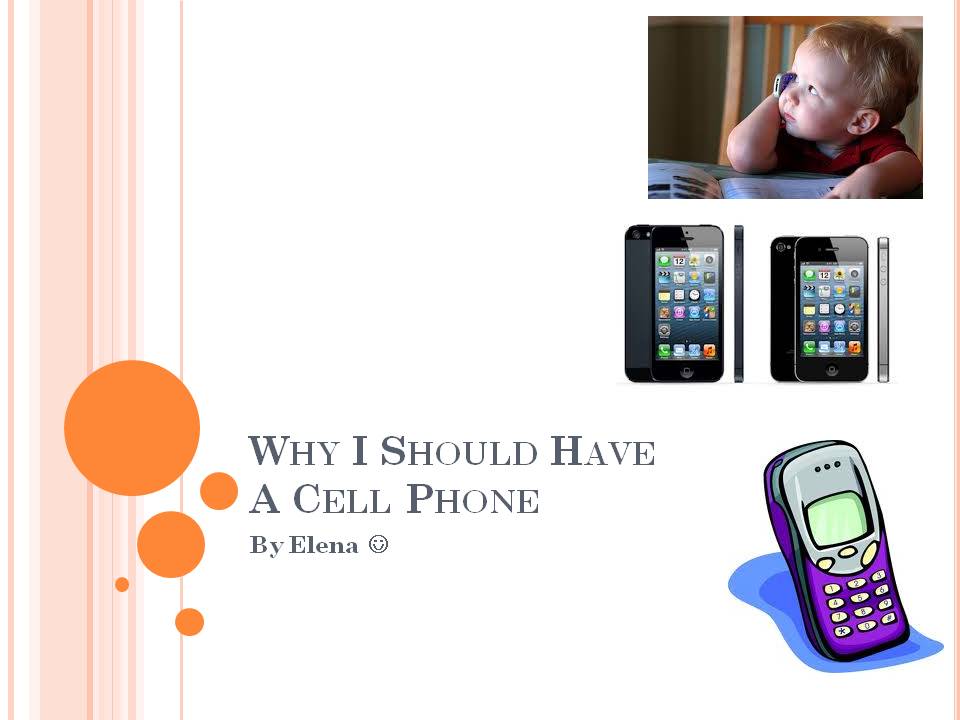 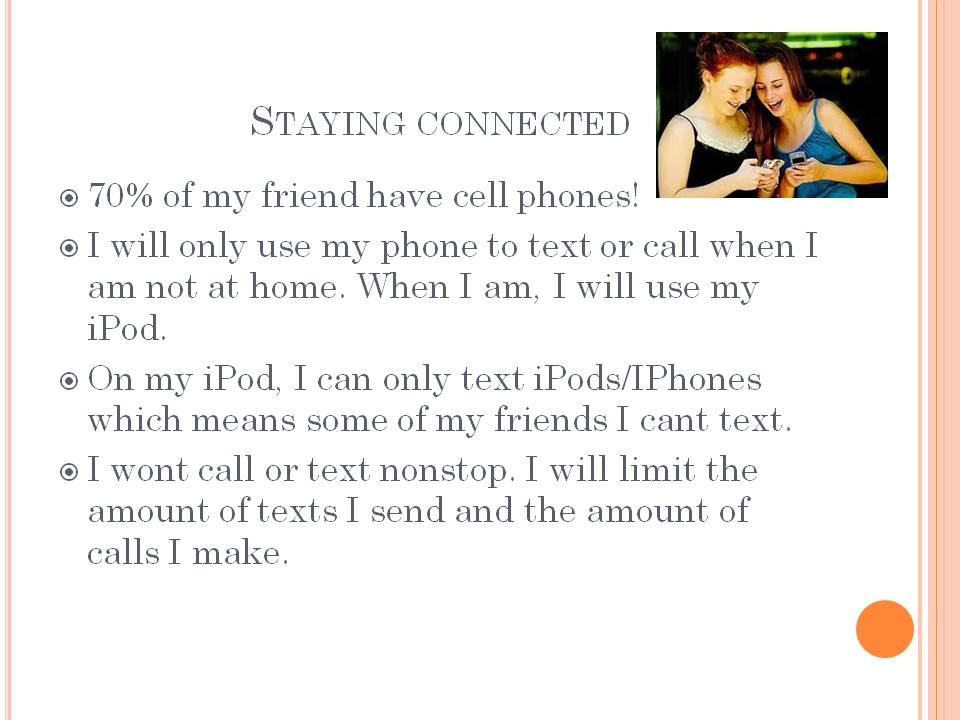 There were promises and pie charts. 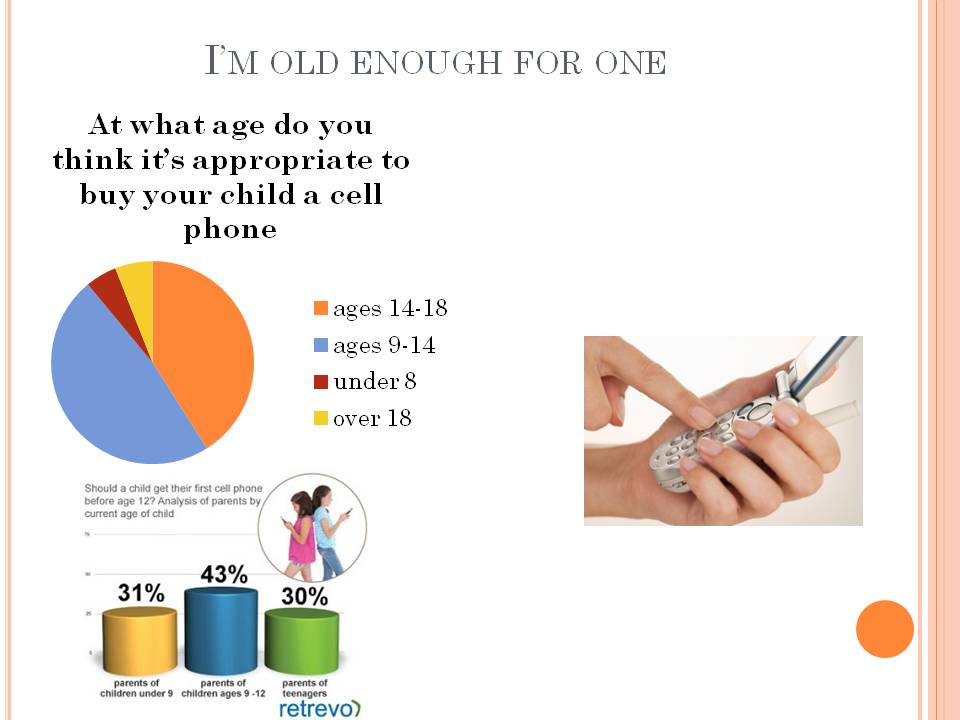 There were admonitions about what would and would not constitute an acceptable cell phone. 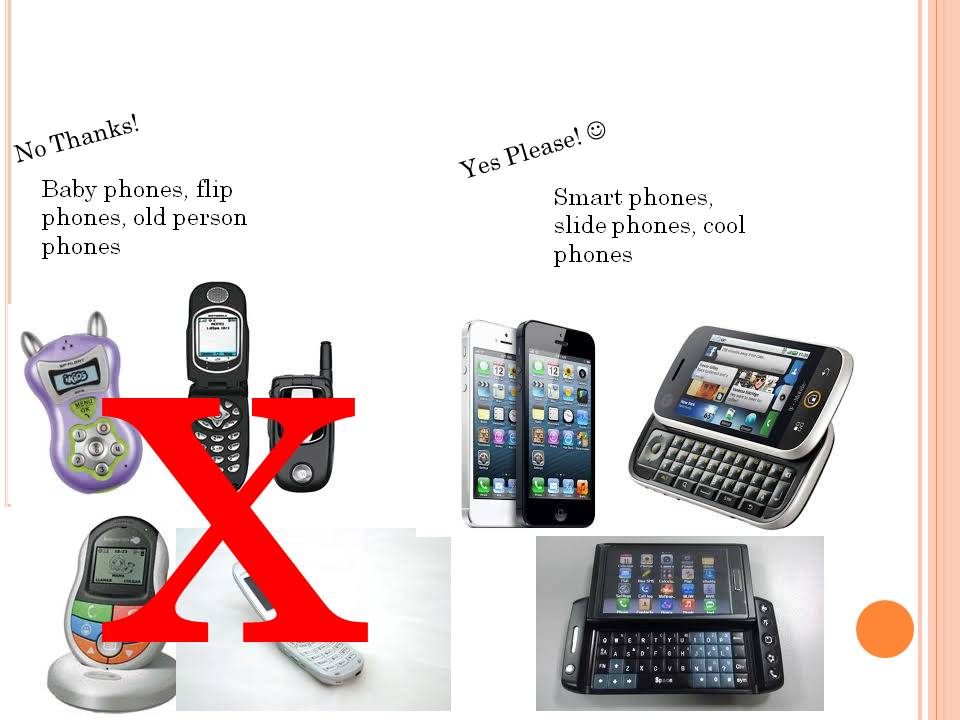 Finally, there was the realization that we are simply no match for this kid. I smell a cell phone in this kid’s near future, although I make no promises that it won’t be an “old people phone.”