I had a few lemons hanging around my produce drawer for the last couple of weeks.  For some reason, Eli was quite taken with them.  Like a cat hearing a can of tuna being opened, every time I opened the fridge he came running.  He’d make a beeline for the produce drawer and pull out the lemons.  Only to him, they’re not lemons, they’re “lemonades.” He would then commence lemonade playtime: rolling the lemons, “cooking” the lemons, trying to smash the lemons in the potato ricer.  The lemons were hanging on for dear life, and it was high time I put them out of their misery.

.  It’s a hefty book: 500 pages of cookie recipes along with tips, hints and troubleshooting advice for nearly every cookie imaginable.  I won the cookbook through a contest on one of my favorite food blogs, Serious Eats.  One of their recurring features is a series called “Cook the Book,” where they choose a popular cookbook and cook several recipes from the book.  I love how it gives you a peek into a cookbook along with real experiences of using the cookbook.  Raise your hand if you’ve ever purchased a cookbook and then realized the recipes were impossible to execute or terribly impractical.  You too?  Anyhow, whenever they feature a cookbook, they also giveaway a few copies of the book.  Lucky me, I was the winner-winner-chicken-dinner.

There’s an entire chapter dedicated to Bars & Squares.  I don’t know about you, but I’m a big fan of bars and squares.  Sometimes I want to make something cookie-like, but I lack the motivation to go the extra mile and actually, like, roll out the dough or drop it onto a cookie sheet.  Sometimes the option to throw the dough into a bar pan is the only thing that prevents me from just whipping up a batch of dough and eating it raw.  So let’s pause and give thanks for Bars & Squares.

By now I imagine you’d like me to just shut up already and tell you what I made with the pitiful lemons.  Behold the Lemon Squares: Please make these.  They were wonderful, like biting into sunshine in the middle of winter, and came together in less than 45 minutes.  And that’s 45 minutes with a toddler helping me, which means you could probably whip them out all by yourself in no time flat.  My helper is a disaster in the kitchen, but he sure is cute. I hate to be a snob about these kind of things, but this is a recipe where you’ll only want to use actual lemons.  The lemons are the star here, so bottled lemon juice just won’t do the trick.  Don’t worry about using the prettiest or freshest lemons – my old, abused lemons were more than fine.  The recipe also calls for lemon zest, for which there is no substitute as far as I’m concerned.  If you don’t have one of these handy Microplane combination zester/graters

, please go get one now.  They’re cheap and fabulous and everyone will think you’re the next Iron Chef when you whip one out.  I’ve had mine for five years now, and just the other day I came across Pioneer Woman’s tip to run the Microplane upside down over whatever you’re grating or zesting.  That’s life-changing advice right there. These can be served immediately after cooling.  Any leftovers should be stored in the refrigerator.  If you can summon enough willpower, these taste even better the next day.  And probably even better the day after that, but I wouldn’t know.  They were long gone by then. 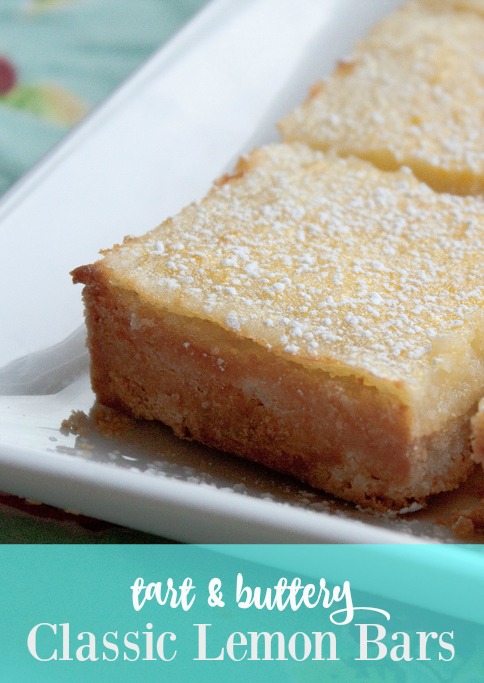