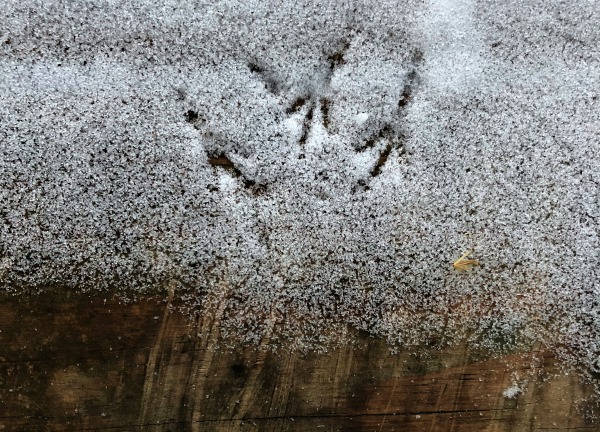 It’s been ages since I’ve done a roundup of links and random things that have caught my attention. I miss these posts more than any other. Maybe because they’re my favorite type of posts to read by other bloggers? I just love that you never know what you might stumble across, and hope that you’ll find something of joy or value in my own cobbled-together list.

It’s been a very scattered January so far. It feels as if we have one of two kinds of January every year: an orderly one where the kids go back to school after the holidays and everything is settled and on track, or a hot mess of a January where we don’t know if we’re coming or going. This year it’s the latter. The kids have been back in school for a little over 3 weeks now, and yet we haven’t had a full week of school. The weather has been awful, alternating between frigid, snowy, and drizzly. Indoors we’re in the midst of a major update: painting all the trim and repainting several rooms. And by we I mean Mike.

I don’t know about you, but when things get scattered I feel a need to retreat for a bit every day. Here are a few things that have taken my mind away from the everyday January chaos. Hope you enjoy them as well!

Have you seen this list of 52 places to visit in 2018? I want to visit them all! Starting with somewhere warm and beachy, of course.

I always pined for an IKEA in Indy … and then one opened up 2.5 miles from my house! I haven’t gone as much as I thought I would, mostly because it’s been insanely busy, but I love being able to pop in for just one or two things, including groceries. I can vouch for the meatballs, pancakes, and cider. And that pick-and-mix candy is from the devil.

We’ve had this soup on repeat. It’s so easy and delicious.

If you have a kid with a smartphone, no doubt you’ve been terrified by the idea that they’ll get involved in sexting. As a parent of a boy and a girl, this article made me see the issue from a different angle. Turns out I’ve been teaching my daughter to play defense, too.

The Oscar nominations are out! Once again, I’m on a quest to see all the films nominated for Best Picture. So far I’ve seen 2: Dunkirk (Good, but I really only saw it because Harry Styles.) and Lady Bird. (Amazing. See it with your daughter if you have one.) I’m bummed that I, Tonya didn’t make the cut, but glad to see Margot Robbie nominated for her role as Tonya Harding. If you grew up in the midst of that scandal, you’ll wonder if you had it all wrong. Elena, who knew nothing about the story, loved it as well.

Podcasts have been one of my favorite means of escape over the winter. I started listening to The Next Right Thing right before the holidays and it is a godsend – so soothing and yet thought-provoking. (Note: it does have a Christian undertone, so if a little Jesus in your podcast isn’t your thing you’ve been warned.) I also just discovered what might be the best, most exciting podcast for anyone obsessed with the British royal family and the upcoming royal wedding: When Meghan Met Harry. And in case you ever wondered about how I organize my bookshelves, I talked about it very briefly along with a host of others on this episode of What Should I Read Next.