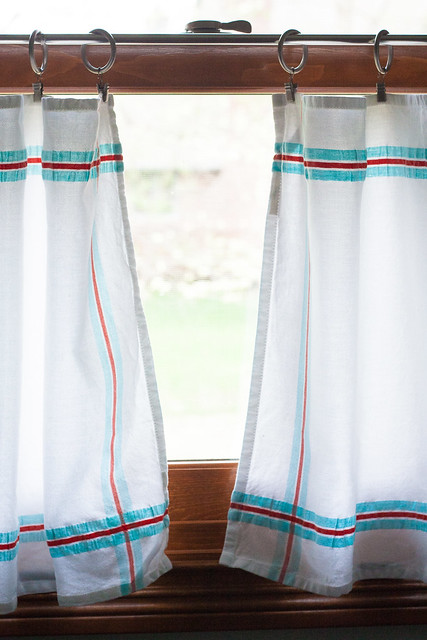 Usually by the time mid-January rolls around I’m coming at the new year with fervor and zeal. All the goals! All the optimism! All the new systems that will change my life! As I sit here, I have yet to write down a single reflection or goal for 2018. And I’m just fine with it. I think we all need a little more time to recover from 2017 before we dive head first into this year. That doesn’t mean I haven’t thought about the past 12 months and the ones ahead. In that spirit, I thought it might be fun to share what worked for me in 2017, what didn’t work, and what I hope to carry into 2018.

If it’s lame to include something I included last year, then I’ll just say this: I never managed to accomplish the smaller (but more meaningful) goals and dreams I had before I made this list. Okay, some of them are loftier. (Start my own freelance writing and social media management business: DONE.) But many of them are not, and just naming them gave me the push I needed to make them happen. And while they aren’t the grandest of goals, accomplishing them brought me great happiness. A few that I crossed off this year: put photos from our Disney trip (in 2012!!!) in an album, ran a 5k with Eli, organized an 80th birthday party for my dad, tried yoga with Elena, explored new cuisines with the kids, bought a hammock (and used it!), purchased nice pajamas. It’s such a fun and rewarding exercise – I can’t recommend making your own list enough.

The idea for the Power Hour came from listening to Gretchen Rubin’s “Happier” podcast. The idea is to schedule one hour a week to work on nagging tasks. You know the ones: copy the receipt for the FSA, write a note to Aunt Mildred, get the family photo framed. Because they can be done at anytime, they don’t ever get done. I keep a simple file folder labeled “Power Hour” by my desk, and as tasks come along that I know need done but don’t have a deadline, I either throw the paperwork in the folder or write it down on a Post-It and stick it in the folder. Once a week I set a timer for an hour and only work on the things in the folder. It seems so simple, but I feel an immense sense of relief every time the timer goes off and my folder is empty of those nagging tasks.

Mike and I celebrated 20 years of marriage in 2017. You know what should be the 20th anniversary gift? Counseling. We bumped up against some hard stuff this year, and a wise friend recommended a therapist she thought would be a good fit for us. Our therapist guided us into talking in different, deeper ways, and it’s been so good for our relationship. I also admitted some hard things to my physician, and by speaking the things I didn’t want to say out loud I was able to get medication that’s made life better for me and those that have to live in close proximity to me. It’s not easy to talk about hard things, but in 2017 I learned that the burden of not talking about them is so much harder to bear then speaking your truth.

I discussed this in greater detail in my favorite books of 2017 post, but I had a complete Obliger rebellion against reading lists and challenges. I only wanted to read what I wanted to read when I wanted to read it. Now, that might sound like your every day reading life, but it was so not me. At the same time, I realized that without any kind of plan I won’t read a good mix of books. I’ll just read whatever is shiny and bright at the moment. This year, instead of forcing myself to do a challenge, I’m going to go with a more laid back plan. I’d like to rotate between my wants, my book club books, my TBR list, and the growing pile of books I own/have been lent to me that I haven’t read yet.

I do not make it a habit to weigh myself between Thanksgiving and my birthday (January 4). I want to enjoy the season without the scale having an opinion. Well, by January 5 my pants certainly had an opinion. I know a lot of it was treats, but I also realized that between Thanksgiving and New Year’s Day, I could count on one hand how many days I did not have an adult beverage of some sort. Many nights it was just a hot toddy, glass of wine or a white Russian. I love settling down with a drink by the fire in the winter. But other nights it was more, and as I age I find I can’t process alcohol as easily as I used to. I don’t sleep well, I don’t feel great the next day, and the button on my pants is threatening to let go as I reach for the bottle opener. I’ve considered a dry January, but there’s playoff football to consider. Instead I’ve decided adult beverages may only be consumed on weekends or during special occasions outside of the home.

Exercise as the Answer

I’ve been telling myself for a long time that as long as I work out moderately and somewhat consistently, I really didn’t need to worry that much about what I eat. But the sad truth is that this plan keeps me at a not-great weight on the best of days and contributes to a steady creep upwards every year. I don’t actually care that much about the number on the scale, but I do care about the fact that I just don’t feel great. In the past I’ve always been on the search for the next great workout that will keep me motivated. This year I want to keep moving, but put the focus on nutrition.

My word for the year last year was essential, and as I reflect on 2017 I can see how having a focus word kept me from taking on too much. Building on that concept, my word for 2018 is discern. I want to perceive and look at things, whether they be opportunities, my own personality, items I think I need to buy, in a different way. I want to ask more questions, to be able to distinguish at a deeper level what it is I really want versus what I impulsively need on the surface.

What worked for you in 2017? Is there anything that didn’t work for you that you’re ready to shed?