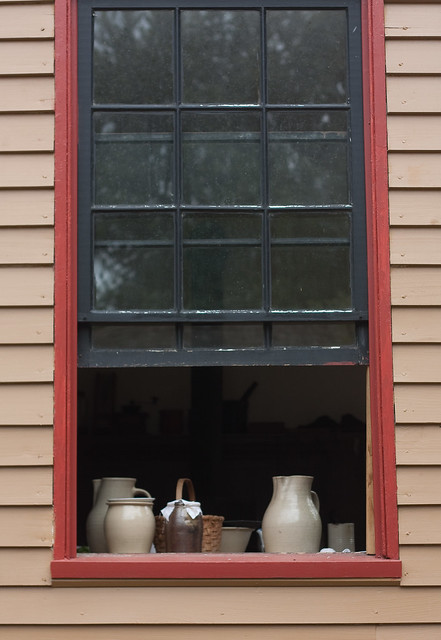 So many of the bloggers I read from ye olde days of blogging are no longer around, and the truth is that I miss them. I wonder how their families are doing, if their dog still does those crazy things, if they’ve been on vacation or off to pick apples. And yet in many ways, I’ve closed myself off as well. I’m still here, but sometimes “here” can be a very superficial thing. You have photographic evidence that I’m still alive, that I still have 2 kids and a dog, that I still write. But I’ll be the first to admit that I’ve kept real life buried away from this space.

The bloggers I read who have shuttered their spaces said it got to be too much. Or they just stopped saying things and quietly turned the lights out. The ones who are still here have evolved. Either they don’t post as much or they have fully resigned themselves to the blog as a business, letting the personal details fade to the background.

I understand this conundrum so well. My blog will never be a legit business. I write and take pictures because it makes me feel whole and good. Sometimes it comes with money, but I do it when it doesn’t. At the same time, I’ve slowly come to realize, with some very helpful prodding from Mike, that putting so much of myself in the bucket of blogging while leaving my other buckets unfilled isn’t good. And so this year I started to evolve as well. I’m a late bloomer, I guess.

It started with shuttering The Risky Kids. I thought I would miss it terribly, and was worried that I’d feel as if I’d failed or made a great mistake. Instead, it was a tremendous relief, like I’d shed a heavy and expensive coat that didn’t fit right. I haven’t missed it one bit.

Now I’m taking a hard look at this space. As opposed to shutting windows and doors, I feel like I want to tear everything off the windows and walls and let the place air out. Or maybe I just need to KonMari

The first clutter I’m dealing with is the sponsored content. In the last few months, I’ve gotten very particular about it. As Marie Kondo would say, “Does it spark joy?” Not how easy is the gig, how much does it pay, how badly do I want the free whatever-it-is, but am I excited about it? Would I take my precious time to write about it and feel good about taking your precious time to read about it? No? Then I pass. I have commitments I made before I had this mid-life epiphany that I need to follow through with. But you’ll notice less and less of this kind of writing in the future.

Speaking of random stuff about family life, how about we start with that now?

We are settling in nicely to the school routine. For the first time in a long time, my commitments have been pared way down. I’m not working outside the home. I haven’t signed up to be in charge of anything at school. I’m down a blog, and not committed to writing on a regular basis for any other outlets. I spend my Sunday evenings planning out my week. I used to dread those sessions, because it meant looking at what I hadn’t accomplished the week before, only to turn the weekly page in my planner and see it already full of new things to do. Now I feel like not only can I stay on top of what needs to be done, but that I have margin in my life. I feel so much healthier, both mentally and physically, because of it. 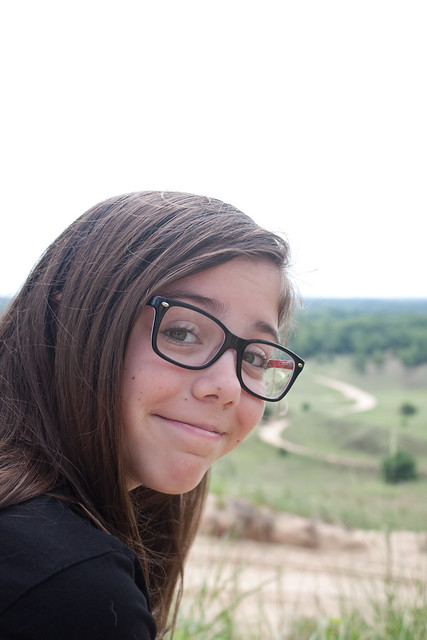 Elena started 8th grade. I know how time and aging works, and yet it still blows my mind that I have a teenager. And that next year I’ll be the parent of a HIGH SCHOOL STUDENT. Things that she needs to make it worth getting out of bed for: music, band t-shirts, eyeliner, Totino’s Party Pizza, and Taco Bell Baja Blasts Freezes. This month we finally got her a smart phone, which makes her officially the last teenager on earth to get one. She dropped band in school, but she plays her electric guitar every day at home. We were merciful parents and didn’t make her sign up for any kind of sport, instead taking her to art classes once a week. She’s been filling her room with canvases of album covers she’s painted in art class and it’s pretty sweet. 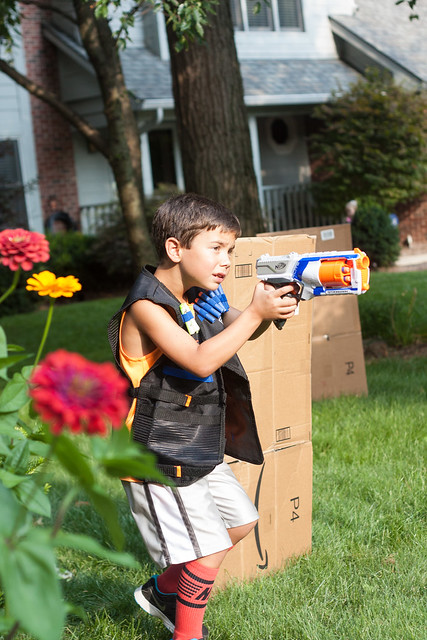 Eli is in 2nd grade this year. He’s super into music as well, but not at all interested in learning to play it. No, he wants to move to it. He cranks up his Spotify playlist (right now Macklemore’s “Downtown” is on heavy rotation) and practices a combination of dancing, parkour, and ninja moves in the basement. He also started his own YouTube channel. He’s very much into Nerf guns now, so for his 8th birthday party we hosted a gaggle of boys here for a Nerf war. Easiest party ever: just throw the boys outside with an arsenal of guns and bullets. It took them half an hour just to settle on the rules for the battle while I sat in the garage watching with a giant Diet Coke. 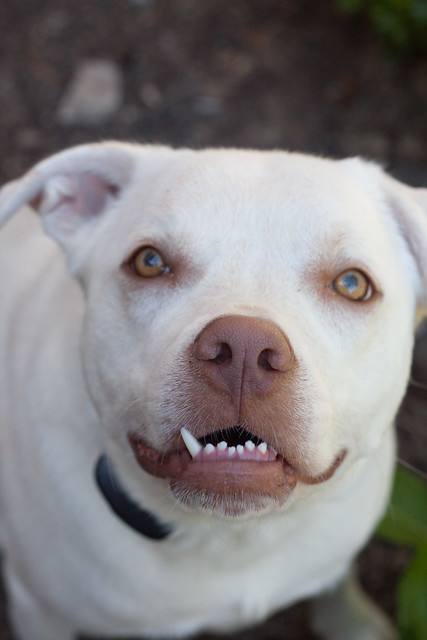 And Gus? He’s good, too. We’ve had him for just over a year now, and slowly but surely he’s losing some of the less desirable puppy habits. Slowly. He ate his fair share of flip-flops over the summer, but now his tastes have evolved toward the more expensive TV remotes. He also has a taste for mums. Still, there’s hope. We can leave him out of the kennel for shorter errands and he’s much less jumpy and humpy than he was at the beginning of the summer. I hope he never outgrows that snaggletooth, though.

I don’t know how this space will look in the end, with everything stripped down for a bit. But I do know that I’ll be able to see more clearly. I hope when I look out of the window that I’ll still see you there.