You don't have to know me long before you learn of my love for Peyton.  Part of the perks of moving up here was the slim chance that maybe, just maybe, in my daily doings in and around Indy I would happen to meet Peyton.  In Real Life.  Not just have pizza with him like I did a few years back . . . see, that doesn't count because I didn't get to touch him.  But I digress.

Peyton is at my house, right this very minute. 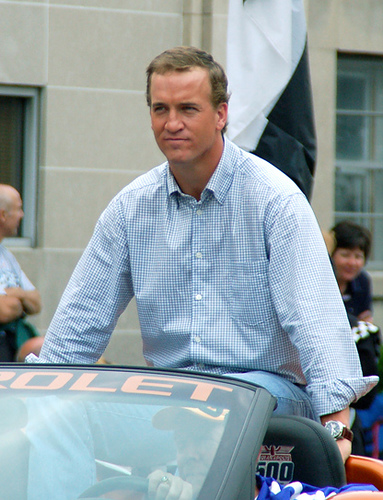 I thought he'd be taller, and perhaps less hairy, but here he is, in Elena's room: 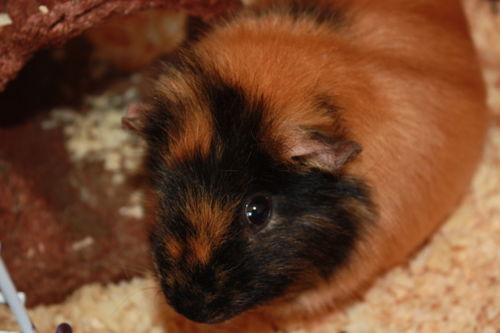 Alas, it is Peyton Jr., the Elementary 1 guinea pig that came to my house.  I know, I know, if you're disappointed imagine how I feel?  Elena, however, is thrilled.  It is Fall Break and we volunteered to keep Peyton Jr. during the vacation.  On Day 1 I thought he was pretty cute and maybe a pet guinea pig wouldn't be such a bad thing.  On Day 2 I thought he was kind of cute but could possibly be a bit better about keeping his shavings in  his cage, being a guest and all.  On Day 3 I attempted to be nice and let him have a little exercise in Elena's room.  I thought I had barricaded each and every possible nook that he could get stuck in, but who knew a guinea pig could get through a 1 inch opening?  Yes, he squeezed in an open spot and got under Elena's bed and wouldn't come out.  And so it was on Day 3 that I decided guinea pigs are not cute and we will never own a guinea pig ever.

The door is still open for the real Peyton, though.