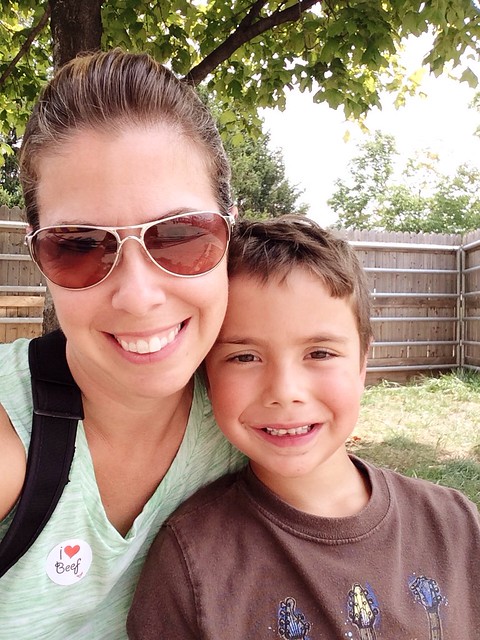 The subject of this story and I in happier (and much warmer) days.

I don’t know if it’s the weather, Daylight Savings Time, or just a phase we need to get through, but it’s been a rough couple of weeks for me and the boy. It started out innocently enough. A reprimand here or there where I usually wouldn’t have to issue more than a warning and a stern look. Then it seemed like every few days there would be a note from the teacher … talking when he should be working, horseplay in the classroom, and (my personal favorite) making poor choices in the bathroom. An incident here or there, and I’m not bothered. But it was starting to feel like everything was an incident, that not an hour could go by without one of us feeling completely and utterly frustrated with the other. Like a smoldering volcano or a pot about to boil over, everything came to a head the other evening.

We found ourselves at a stand-off in the upstairs hallway.

Me, speaking to him in a low, slow, almost-growl. You know that voice. It’s the polar opposite of the yelling voice. It’s the one that signals to offspring in any culture or language that mom is about to lose her shit. I’m sure it’s an evolutionary trait, remnants of the growl animal moms used to warn their young that they were thisclose to eating them.

Eli, standing defiantely in only his underwear and socks. His eyes trying to shoot me with daggers, but his lower chin trembling, betraying his attempt to appear as if he couldn’t give a shit.

I growled, he gave me the stink eye while simultaneously trying not to cry, and we both just stood there. Staring at each other with nothing left in our tanks. Each of us wondering the same thing. How did we get here?

We don’t know this place, Eli and I. He has always been the easy-going, laid-back one. As a first-time parent, I had all the books with the clever titles. How to Talk So Your Kids Will Listen. 123 Magic. Positive Discipline. They are well-worn from Elena’s early years. Now, they sit collecting dust on the bookshelf.

A few months ago, Elena, Eli and I were in the car and Eli asked what a “whooping” was. This led to a discussion on spanking, and I realized that I couldn’t ever recall spanking Eli … like, ever! He’s just always been the kind of kid that when you told him not to do something, he stopped doing it. End of story. How many kids get to the age of 7 and don’t even have a clear idea of what a spanking is? Elena, on the other hand, was quick to remind me that she knew exactly when I last spanked her. (For the record, it was a long time ago. She was 6 and I was attempting to “vacation” at the beach with both kids but no Mike. She stole a pack of gum from a store and then mouthed off to me, so I swatted her bottom with my flip-flop. She remembers it like it was yesterday, so clearly not my finest parenting moment.)

After we both had retreated to our rooms and cooled off a bit, I went back to Eli. As I was lying in bed next to him, I said, “I need you to know, I love you very, very much. But I really don’t like you right now. You might be feeling the same way about me, and that’s okay.”

It seems like a weird thing to say to a child, but I needed him to know it. I needed him to know for the same reason I need my kids to see Mike and I argue sometimes. Love might be patient and kind some of the time, but many times it is not. The people you love the most can also hurt you the deepest and fail you in ways you can never imagine. The loving is the easy part. The real work comes when you have to go from feeling angry and broken back to cherishing that person again.

I can be mad at you and still hug you goodnight. You can make mistakes and not be afraid to come home. You can tell me you hate my guts and I will still love you.

I know that this is just one of those phases we go through as parents. Some kids are easier than others, but even the easy ones have their days. Frankly, I’d much rather he start acting out now, when I can just take away the iPad, than wait until he’s a teenager or adult and act out in ways that are illegal in 47 states. I remember 7 as being one of those years that you look back and realize you’re glad it’s over. Seven is tough, right smack in the middle of big kid, but not big-enough. 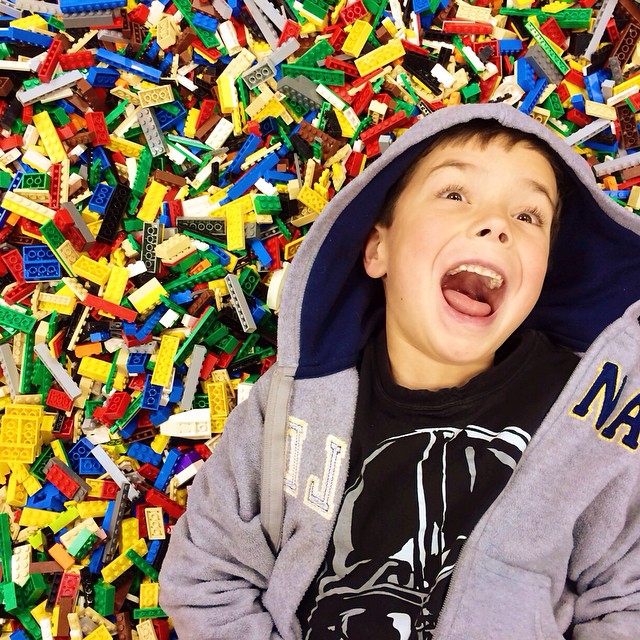 Things are looking up for now, though. Whether it’s because of our heart-to-heart or his realization that Christmas is very, very close, I’m not sure. Thank goodness, because if things didn’t get better I was going to have to buy one of those blasted, creepy elves.

When I kissed him goodnight the other evening he told me, “I like you AND love you tonight!” When it comes to really and truly loving someone, that’s about as good as it gets.