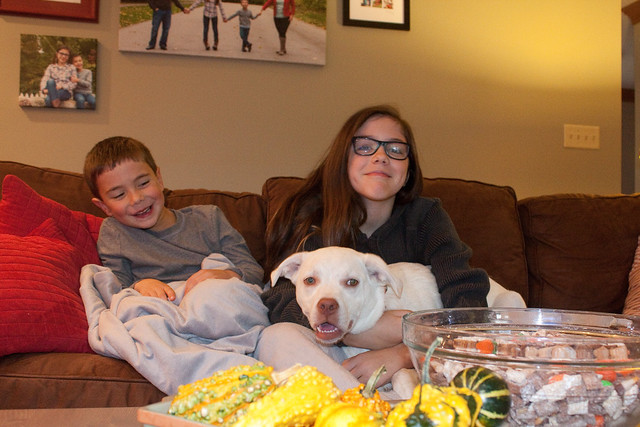 When Elena was around 4, we started a family tradition of Fridays being family movie night. It was a wonderful way to reconnect as a family after a week of work, school and errands, and a fun way to kick off the weekend. We always ate pizza on the family room floor and had a special treat as well. Sometimes we let Elena pick the movie (is there a special award for suffering through those Barbie movies?), other times we picked out classics we’d loved as kids, and some Fridays we’d finally get around to seeing a new release. I really cherish those memories.

Then Eli came along, and in the chaos of having a new baby, movie night fell by the wayside. Elena probably watched a lot of movies on her own, or with me glued to the divot I’d made on the couch from endless hours of nursing, but we got away from movie watching as a family.

I’ve tried to revive it from time to time, but having kids with a 5-year age span in between them made it difficult. Choosing titles that appeal to a preschool boy and an older elementary girl is hard! But I really, really missed those Friday evenings when we all sat in one place, enjoying the same movie and bumping hands in the big popcorn bowl.

Last month I was asked to be a member of the Netflix Stream Team, and it was like they read my mind and knew I needed that last little nudge to bring movie night back to our family. Each month for the next year I’ll be writing about a family-related theme and sharing ideas for ways you can connect in your own families. I’m very excited about it, and hope you’ll enjoy the series as well.

The theme for October is Mini Milestones. Some families are so good about celebrating milestones, whether it’s as big as a first birthday or as small as a first goal in soccer. I’d say we fall somewhere in the middle. I know Mike rolls his eyes sometimes when I make a big deal about our quirky milestones. But in my mind, why pass up an opportunity to celebrate, especially if it means an excuse to go out for ice cream! 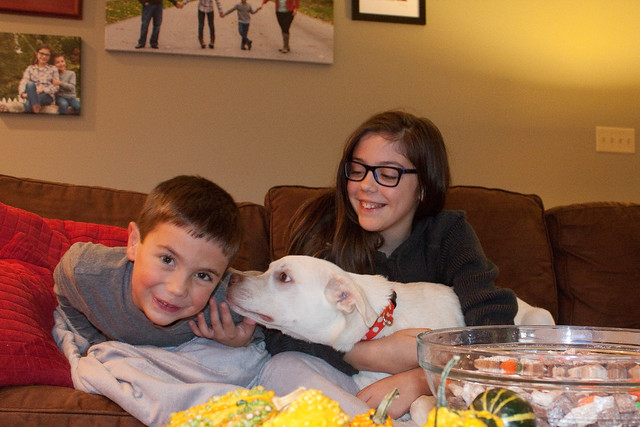 Our special milestone isn’t so mini, though, at least not like he was when we first got him in August! I thought it would be fun to celebrate getting our first dog. Gus might have been mini at one time, but he’s growing like crazy! I don’t know exactly how much he weighs compared to when we got him, but I do know he used to fit in his beanbag like a baby bird in a nest. And now? He hangs off the edges! 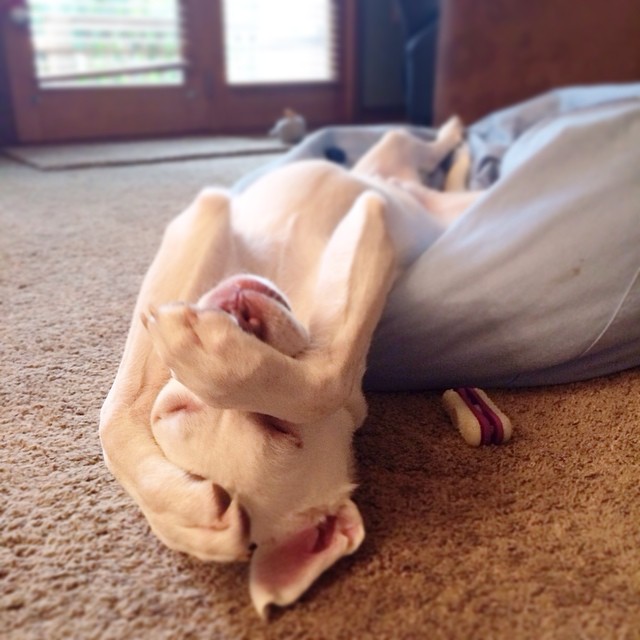 I wanted to make our first movie night extra special, so I chose a dog-themed movie that neither of the kids had ever seen before: Old Yeller! It might be nearly 60 years old, but it stands the test of time. I guess the story of boys and their dogs never gets old. 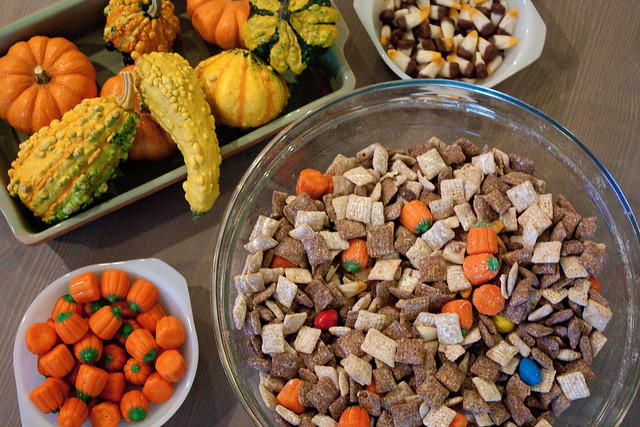 You can’t have movie night without a proper snack. And if you’re going to be watching a movie about a dog, how can you night snack on puppy chow? My friend Rachel, of A Southern Fairytale, has the perfect twist on puppy chow for the fall: Halloween Puppy Chow with Nutella! Once you try it, you’ll be celebrating many more milestones with a batch of it.

What milestones are you marking off this month? And how do you celebrate them, big or small?