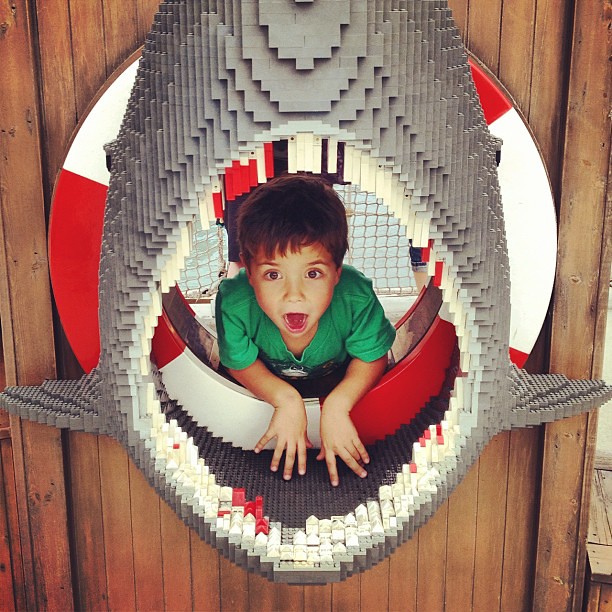 This is the final recap of our Disney Trip.  Missed the earlier posts?  You can read about the start of our trip here, as well as Day, Day 2, and Day 3 and Day 4. Our photos from the trip can be found on my flickr page.

I woke up on Friday, our last day of vacation, with two thoughts in my head: Our last day – it went by so fast!  I’m so sad to leave! and Praise Jesus, tonight I sleep in a queen-sized bed with two less people in the room.

After checking and double-checking the calendar at least twenty times, I assured Eli that, yes, LEGOland was open today and yes, we would finally get there.  And then I prayed to the LEGO Gods to make it so.  Mike and Elena were off to spend the day at Hollywood Studios, and after emptying out our room and packing the car, Eli and I were off to LEGOland. 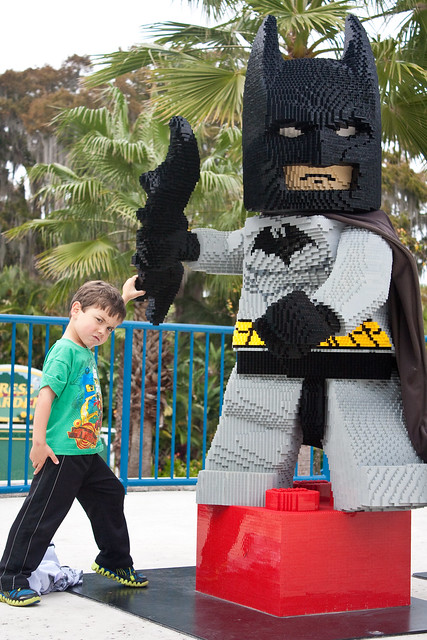 The angels sang as we pulled in to LEGOland with a handful of other cars – it’s open! And then the angels played their sad trombones when fifty school buses full of children pulled in behind us.  You could see the indignation in Eli’s eyes.  These kids get LEGOland as a field trip?  All WE get is the pumpkin patch! 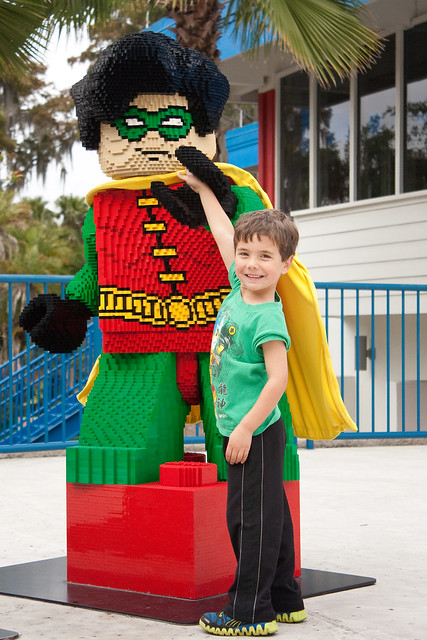 It turned out we had nothing to worry about, though.  LEGOland was actually quite empty, and we are much, much faster than a gaggle of kids that has to stay within 4 feet of their chaperones at all times.

Here’s my take on LEGOland.  If you have a child between the ages of 3 and 9 who is a LEGO fanatic, go.  They will love every single second of it and you will get your money’s worth out of the park.  Kids between the ages of 3 and 12 who smile at LEGO and are skittish about rides will enjoy it, too.  Kids over the age of 10 who could take or leave LEGO and love any kind of rides?  Skip it.  It worked out perfectly that we split up for this day.  Elena and Mike would’ve been bored after an hour or so and we would’ve wasted a chunk of change on them.  But Eli?  BRICK HEAVEN.  Just to give you an idea, this was his favorite (and the “scariest”) ride we rode:

It was pretty much the best day the two of us have ever spent together.  We explored the park at a leisurely pace.  Every single corner of the park was SO AWESOME! in his punch-drunk LEGO mind.  He skipped through the entire park and spent most of it holding my hand, a big grin plastered on his face.  And just like Disney, the LEGO people know their brand and do it well.  The park is simple, clean, bright and chock-full of LEGOs.  It’s basically a 5-year-old boy’s version of heaven.

LEGOland is located in the former home of Cypress Gardens, Florida’s first theme park.  While they’ve revamped the theme park to fit the LEGOland brand, they left the botanical gardens the original park was built around.  No matter how many thrill rides they’ve been on, kids will still be amazed at the sight of the enormous banyan tree that was planted as a seedling in 1939. 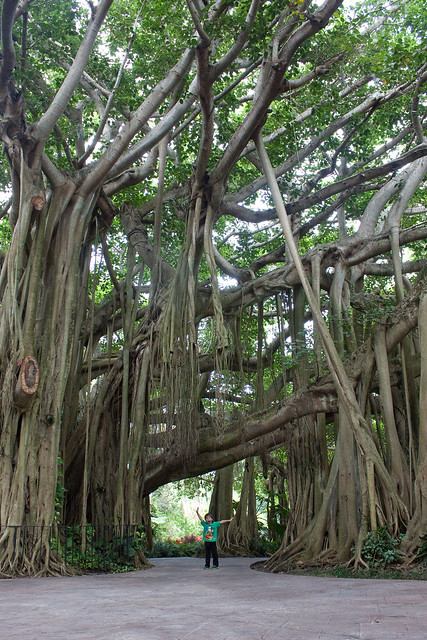 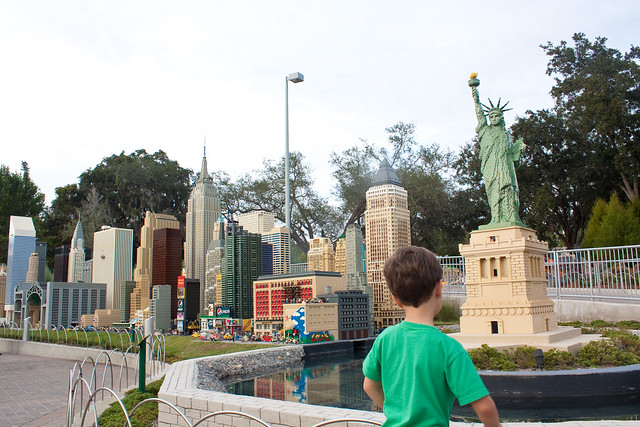 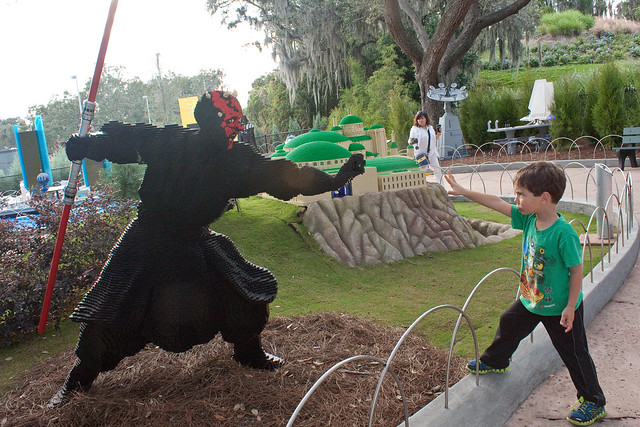 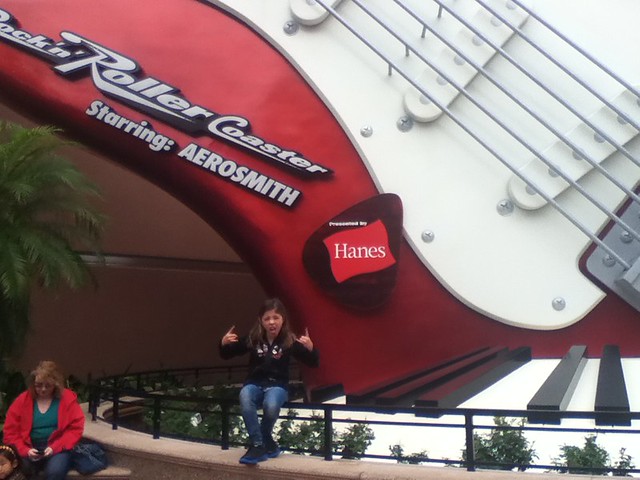 Elena and Mike had their own fun at Hollywood Studios.  Without Eli and I to drag them down, they hit up the big rides, Aerosmith’s Rock ‘n’ Roller Coaster and Tower of Terror, more than once.  Elena even got a chance to hone her Padawan skills as a participant in the Star Wars Jedi Training Academy.  Much to her disappointment, she’s still too young to audition for American Idol. 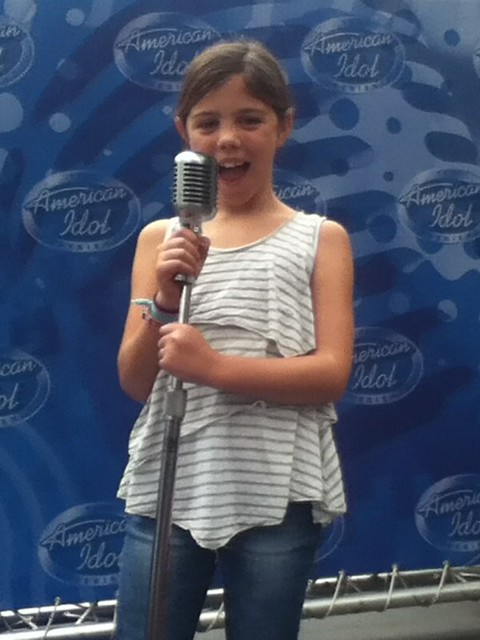 And then it was over.  Planning a Disney vacation can feel like planning a wedding: lots of research, a ridiculous amount of detail, delirious anticipation, and a boatload of money, all for an event that is over before you know it.  It’s not everyone’s thing, but for our family it was worth every hour of preparation and every single penny.  Looking back over my photos, seeing a commercial, or hearing OneRepublic’s song “Good Life” instantly transports me back to that wonderful week and gives me a hitch in my throat.  I know the days we spent at Disney World and LEGOLand will always be some of the happiest memories of raising my kids. Quite simply, they were magical days I’ll never forget.

Thanks so much for indulging me in post after Disney post.  I hope you enjoyed them, and if you didn’t?  Well, they’re done!  Unless … there’s any interest in me compiling a wrap-up post with my favorite tips and tricks I learned along the way.  If that’s something you’d like to see, let me know!