So much of observing kids seems to revolve around picking out the traits that resemble the relatives that came before them.

She has my eyes, that’s totally something you would do, the apple doesn’t fall far from the tree, and so on.

What fascinates me the most, though, is those parts of their being that just seem to come out of nowhere.  Like when you see your flesh and blood stand in front of a sold-out crowd and belt out the lyrics to a song she’d just written with her band, Party Heart. 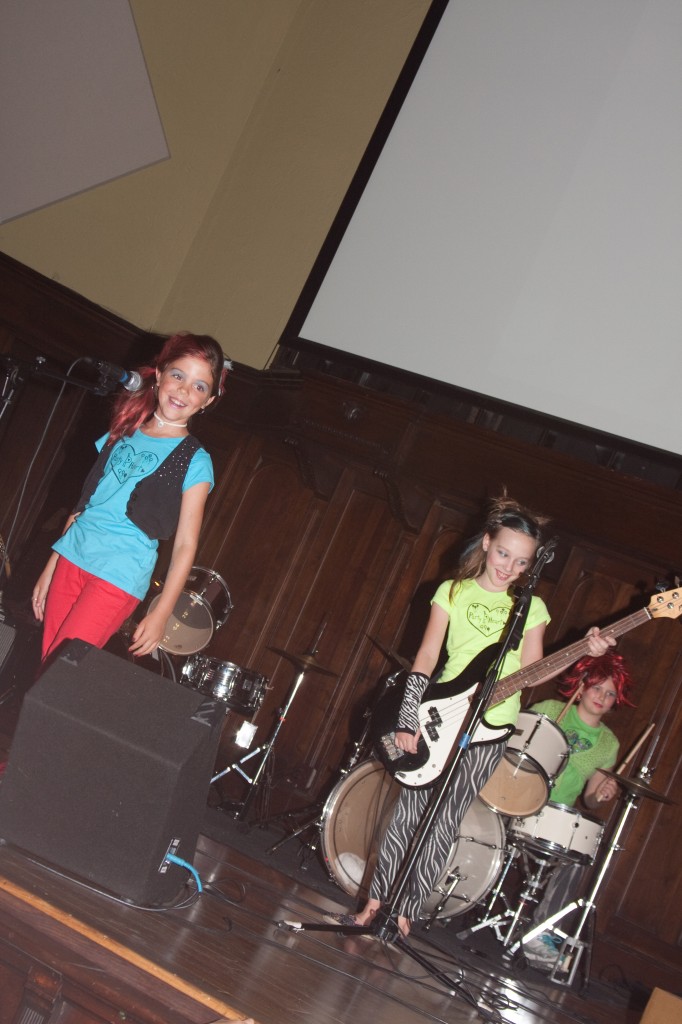 Like when she not only pulls that off, but does it with such ease and natural comfort onstage that she can lead the audience into participating in a little call-back session like a seasoned rock star. Which I guess, in a way, she is.  This was Elena’s second year in Girls Rock! Indy camp. She loves this camp with a passion, as do I.  It’s so much more than just a rock camp for girls.  It’s about taking chances, being different, learning to work through stuff without resorting to girl drama, standing tall, and yes, it’s about rock-and-roll.

You see these girls walking into camp on the first day, nervous and unsure.  You see them at the end, full of spark and confidence. Elena and her bandmate, Millie (daughter of one of my dearest friends in the world)

May they always feel this free and fierce. 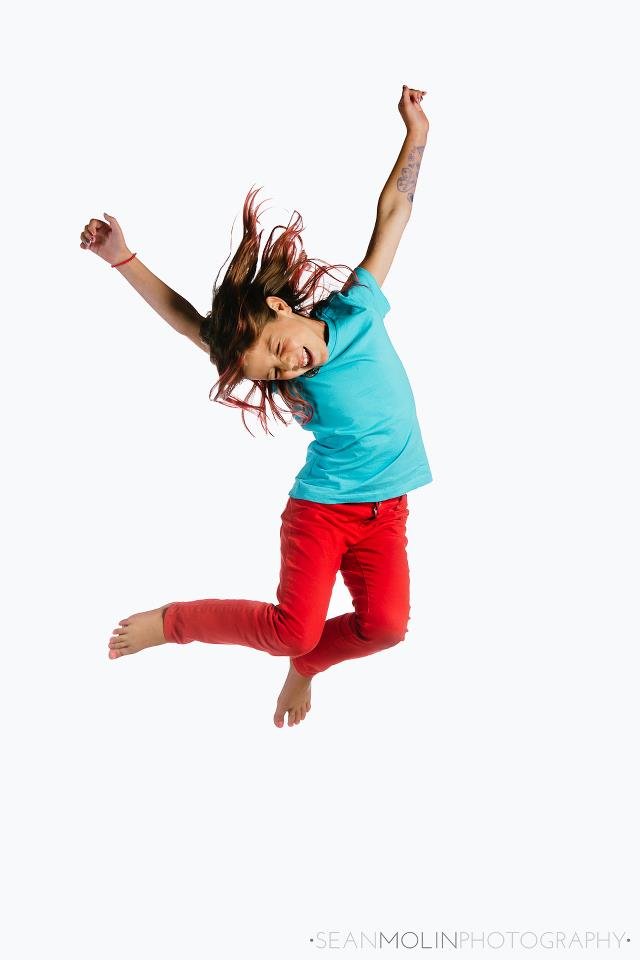 Elena spent part of her summer studying geometry, fractions and integers. We found out yesterday that she passed the 6th grade math exam and will take 7th grade math this year … as a 5th grader.  That’s all Mike.

Elena spent part of her summer buried in books.  I lost count somewhere along the way, but she blew through several different series and had to be told many nights to put the book down, it’s 11 p.m. That’s so me.

We couldn’t be prouder.

You can see the entire performance on YouTube.  I can’t decide what I like more: her very polite and unrebellious introduction, her hand gesture following the guitarist’s rap, or the back-and-forth with the audience.  Her friend Millie’s bass intro is pretty sweet, too.  Yeah, I pretty much just love it all.  What can I say?  I’m a Party Heart super fan.