In the middle of our dreary Indiana winter, something bright appeared in my inbox – a recipe for Icebox Key Lime Pie to test via America’s Test Kitchen.  I tested the recipe, and lo!  It was delicious.  One of the stipulations of testing recipes for America’s Test Kitchen is that you not share the specifics of the recipe until the final version appears in print.  Since I always follow the rules and I wouldn’t dare disappoint my idol, Christopher Kimball, I obliged.  I teased you with pictures and vague descriptions, but I obliged.

I did a little happy dance last week when the final version of the recipe appeared in one of ATK’s publications, Cook’s Country.  This pie is easy to make, it looks fabulous, and it’s perfect for summer.  Make it now, thank me and Christopher Kimball later.

(As tested by me!  And now featured in Cook’s Country)

1.  Adjust an oven rack to the middle position and heat oven to 350°.  Pulse crackers and sugar in a food processor until you have fine crumbs.  Add melted butter in a steady stream while processing until the mixture resembles wet sand.  Using the bottom of a glass or measuring cup, press crumbs into the bottom and up the sides of a 9-in pie plate.  Bake until just browned around the edges, 12-14 minutes.  Allow to cool completely.

2.  Process sugar and lime zest in food processor until the sugar turns bright green, about 30 seconds.  Add cream cheese and process until combined.  Add condensed milk and pudding, and process until smooth.  Take a short break to lick every last bit of sweetened condensed milk out of the can – you know you want to.  Scrape down sides of bowl.  Stir gelatin and 2 tablespoons lime juice in a small bowl.  Heat in microwave for 15 seconds, then stir to dissolve gelatin.  With the food processor running, pour gelatin mixture, remaining lime juice and vanilla through the feed tube and mix until thoroughly combined.

3.  Pour filling into cooled crust, cover with plastic, and refrigerate for at least 3 hours, or up to 2 days. 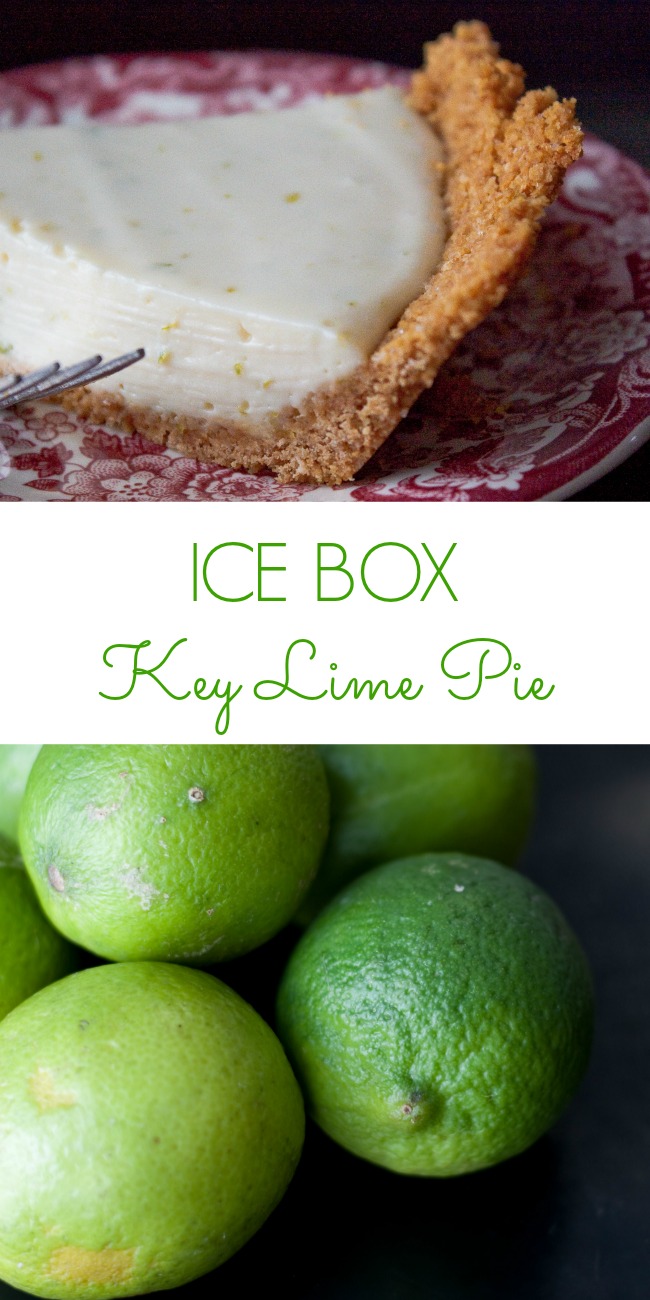