We packed the kids in the truck and headed to Ohio to celebrate the 4th with Mike’s family.  We traditionally go to Ohio for Thanksgiving, but this year we decided it might be nice to visit when the weather is actually nice, instead of cold and miserable.  We were hoping to meet Mike’s newly discovered half-sister for the first time, but emergency gall bladder problems for Michelle postponed those plans.  So instead we spent part of the 4th at Lake Erie.  Elena and I hunted for sea glass (somehow the term “lake” glass doesn’t sound as cool), while Eli tried to eat rocks. 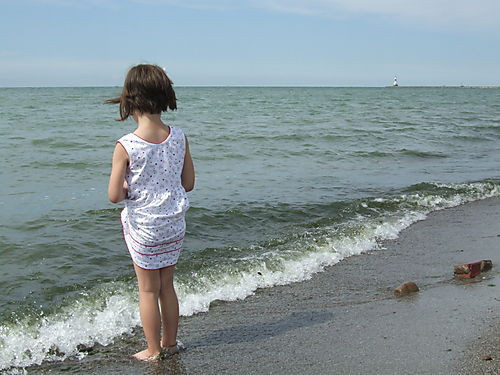 We spent Friday and part of Saturday with Grandpa Paul, the only man in Ohio State territory with a Tennessee shirt.  Here he is with the kids, chillin’ at Cracker Barrel. 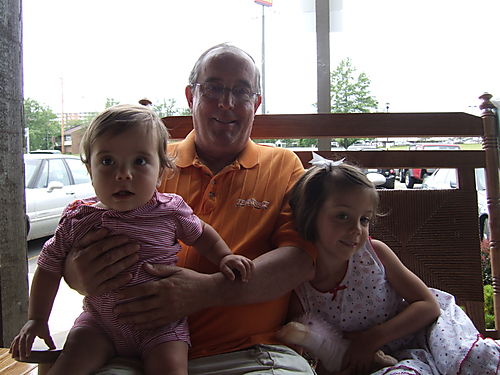 We spent the rest of the weekend down in Akron, hanging out with Mike’s aunts, cousins and grandmother.  Both Aunt Stephanie and Aunt Laurie have pools, so Elena was in hog heaven.  It turns out Eli likes the pool, too.  I guess it’s only the uber-crowded YMCA pool that we pay for that he hates.   All in all it was a nice little trip.  It gives me hope that our upcoming trip to the beach will not only be doable, but quite possibly enjoyable.  Hope everyone had a nice fourth. 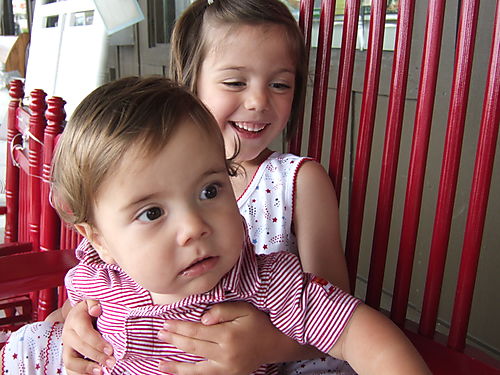