Last Saturday Elena had her birthday party at Ritchey Woods, here in Fishers.  We found out about Ritchey Woods, a nature preserve, last year when Elena went to Nature Nuts camp there.  She had a blast, so when I found out you could have parties there I was sold.  I’ve never paid to do a party anywhere, it’s always been here at home or renting out a park shelter and putting the party together myself.  Let me just tell you, while I dig the party preparation stuff and all, this was by far the best $50 I ever spent on a birthday party.

For starters, you get a naturalist who is there with you the whole party.  Our naturalist, Suzanna, was so fun and really fabulous with the kids.  They had a fire going for us when we arrived, so we started the party with dinner:  hot dogs and cheetos.  I’m telling you, I went all out.  After dinner Suzanna outfitted the kids with bug viewers and butterfly nets and they played bug bingo in the field.  We were looking for various kids of bugs and nature stuff (a leaf that had been chewed on by a bug, a spider web, something with wings, etc), and once you found something we got to put a marker on the board.  I was amazed at what the kids found in a short amount of time.  Here’s the ickiest find – Ethan H. found a tick: 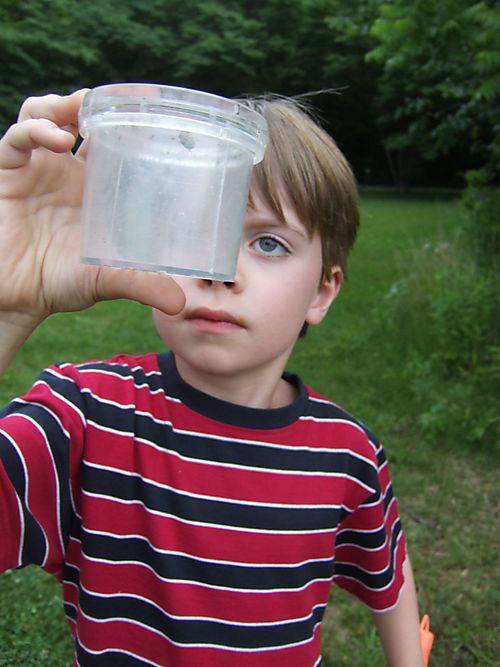 At this point a big storm blew through, so we headed back to the shelter and did cupcakes and gifts.  Alas, I don’t have a single decent picture of the party girl blowing out her candle.  The lighting in a shelter in the middle of the woods during a torrential downpour isn’t the best.  Elena picked out these bug cupcakes instead of a cake.  Considering the monstrosity of a cake we had last year, this was a very welcome change.  And no, I didn’t make them. I learned my lesson after the *##@!! sheep cupcakes of ’04. 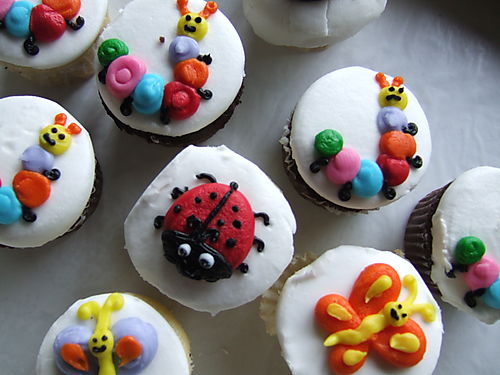 The storm blew over just as we finished, and since the kids didn’t seem sugared up enough, we thought it was a good time to roast marshmallows and do smores.  Who invited this kid to the party? 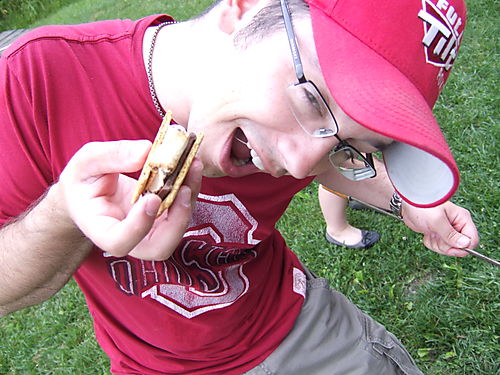 Suzanna also brought along a ball python to talk about and for the kids to touch if they wanted.  The snake started crawling up her neck and she just went right on with her little talk.  Whatever they pay that girl I’m sure it’s nowhere near enough.   We wrapped up the party by going on a short hike and looking for birds with binoculars.  Suzanna pointed out all kinds of cool stuff along the way, including spring peepers – teeny tiny frogs that were all over the place.  Again, no picture of the actual birthday girl, as she is the line leader. 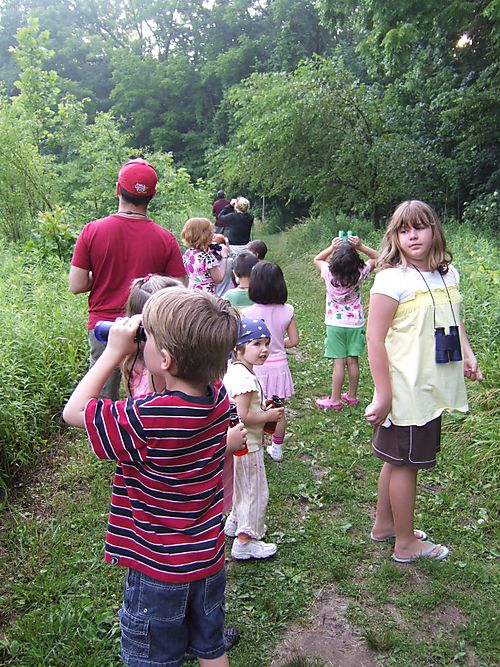 We sent the kids home with goody bags that Elena decorated with bug stickers.  Inside each bag was a bug viewer, stickers, a stretchy snake and a chocolate ladybug.  Everyone seemed to have a great time, and it was by far the most stress free birthday shindig I’ve ever done.  As proof, here we are at the end of the party.  Don’t I look 100% unfrazzled? 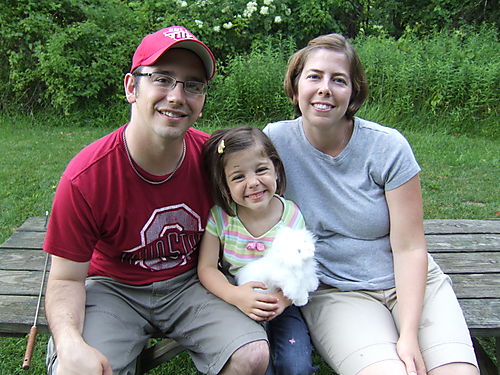